What do the letters above the piano staff represent?

I am a beginner trying to understand the music notation for a song I want to try. Can someone kindly tell me what are the letters above the treble clef in the following figure: 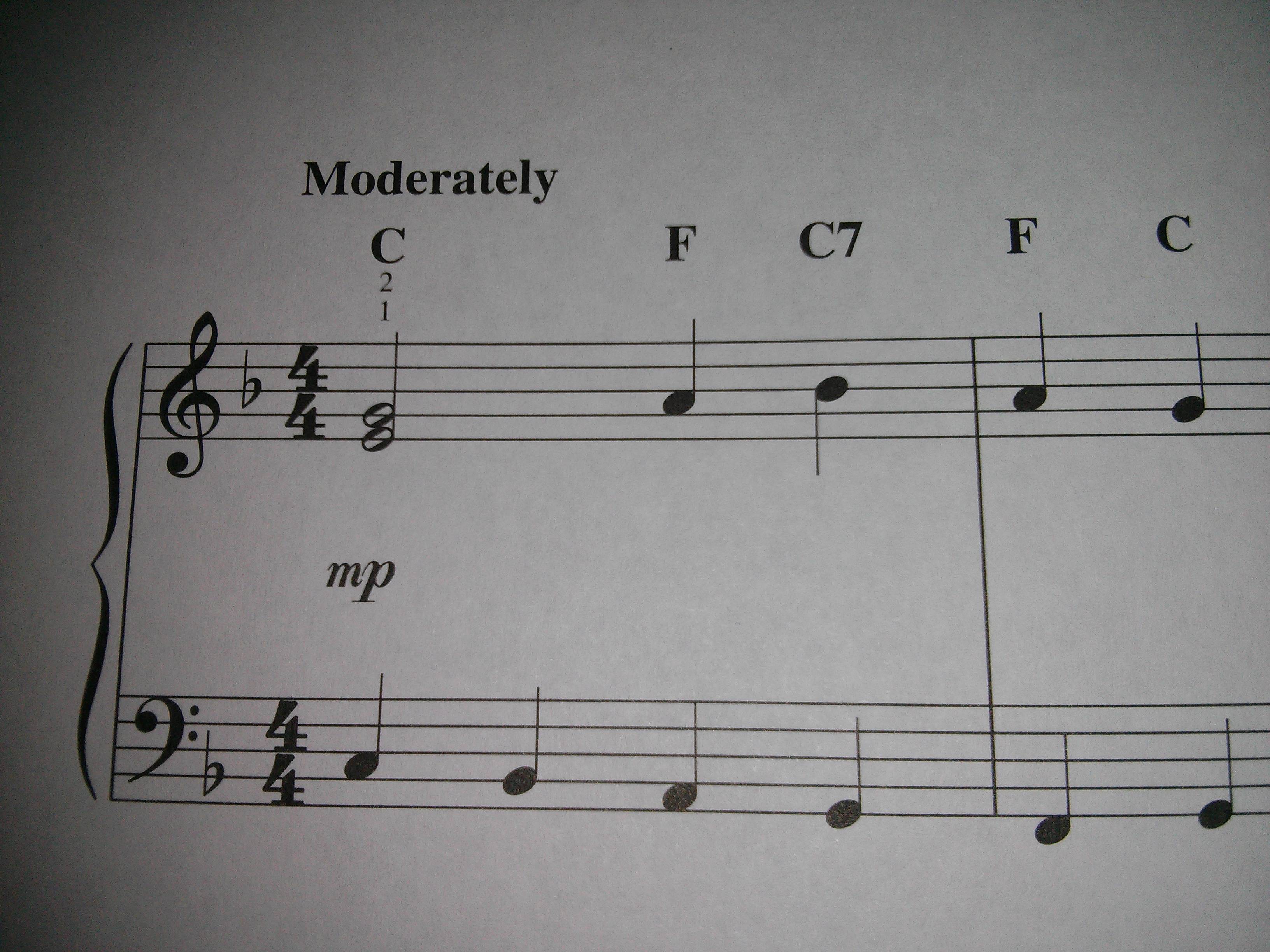 I've read that they represent the triads but I am not sure how, for example there is an F written on top of the A note, etc. Any help would be really appreciated.

The letters above mean the implied/intended harmony. There are 2 possibilities I see here as to why an F and C7 are listed.

If you are playing solo

You'll notice that there's no C present in the C7 either, but it does have other notes of the C7 chord. This is an example of an implied harmony, because the function of the chord is to be a dominant so it can lead back to the root in the next chord(the F in the bass).

It's much more common to think of a chord progression as V - I - V (as it is in the first bar here) than it is to say V-iii-ii(as it would be if we take the bass to be the root notes) so what the transcriber has done is to write the V-I-V chords instead of the V-iii-ii chords(which would be C Am Gm). As you can see, C Am G has a different harmony and feel to C F C7, but C F C7(or V I V) is the intended harmony underneath.

If you are playing as part of a group

the chords listed here are what the overall chord progression will be when everybody is playing. A C consists of CEG. An F major consists of FAC, and C7 is CEGBb. While you are playing the A, another part will perhaps be playing F or C, or both!

Thanks for that. When I first looked I thought it seemed simple, but there are a number of added little complexities in there that can throw you, for example you're not beginning on the root. If anything is unclear let me know in the comments and I'll update :)

Mainly they have been written in for guitarists. The R.H. and L.H. for the piano player are there in place, so the tune will sound good as is. However, as Alexander points out, there are often more notes available for each part of a tune, as in a C7 is made from C-E-G-Bb, but not all of them are used by the composer all the time. Guitarists sometimes (often!) strum full chords to accompany songs. The letters above tell them the appropriate chords to play.

Not the answer you're looking for? Browse other questions tagged piano notation sheet-music sight-reading or ask your own question.

6
Learning Bossa Nova Guitar
1
How do I play this? Beginner Technique
31
What do the letters D and E above the staff represent here?
5
Incorrect sheet music notes in MuseScore playback
3
Sight reading chords—pay attention to bass, treble, or none of the above?
16
Chord stretched across treble clef and bass clef
3
Exercises to internalise bass clef?
1
Is it ok just to play the Melody instead of the main grand Staff?
0
Names of the staff lines and spaces