What do beats have to do with playing guitar?

I know a measure contains a certain number beats? But could you relate beats with chords and notes and most importantly guitar?

Something I'm most interested in is the quintuple beat. Why is it divided into groups of two and three?

I have no idea what you're asking here.

Every meter is divided. At the simplest level, there are strong beats, and weak beats. Typically, a strong beat is followed by one or more weak beats, and typically a measure starts on a strong beat. There may be more than one strong beat in a measure. Strong and weak should not be taken too literally - it is more a matter of relative emphasis than some fixed strength.

Another way of looking at it is that the meter itself is not divided - the suggestion of division emerges due to the specific alternation of strong and weak beats.

The question as to why we have strong and weak beats touches on the nature of rhythm. Without a relative difference in emphasis, every beat would sound the same, and we would not have rhythm, or at least a very limited conception of rhythm.

There may be more levels of emphasis than just strong and weak. For example, a meter consisting of 4 beats is often divided in two:

where the first half of the measure is stronger than the second half. But these halves are a gain subdivided, typically in a strong and a weak beat. The result is typically:

A typical rock drum pattern might realize this this:

If the meter has an odd number of beats, then there is typically still a division in strong and weak parts of the measure, but now the parts can not be of the same length. Or, alternatively, The measure may be divided in an odd number of parts.

A meter with 5 beats can thus be divided in two obvious ways:

Which one depends on the piece of music. And it may even change during the composition.

A interesting example of alternating division of the meter is in the famous "I like to be in America" from the west side story, where the meter division alternates between 2 groups of 3 eights and and 3 groups of quavers: 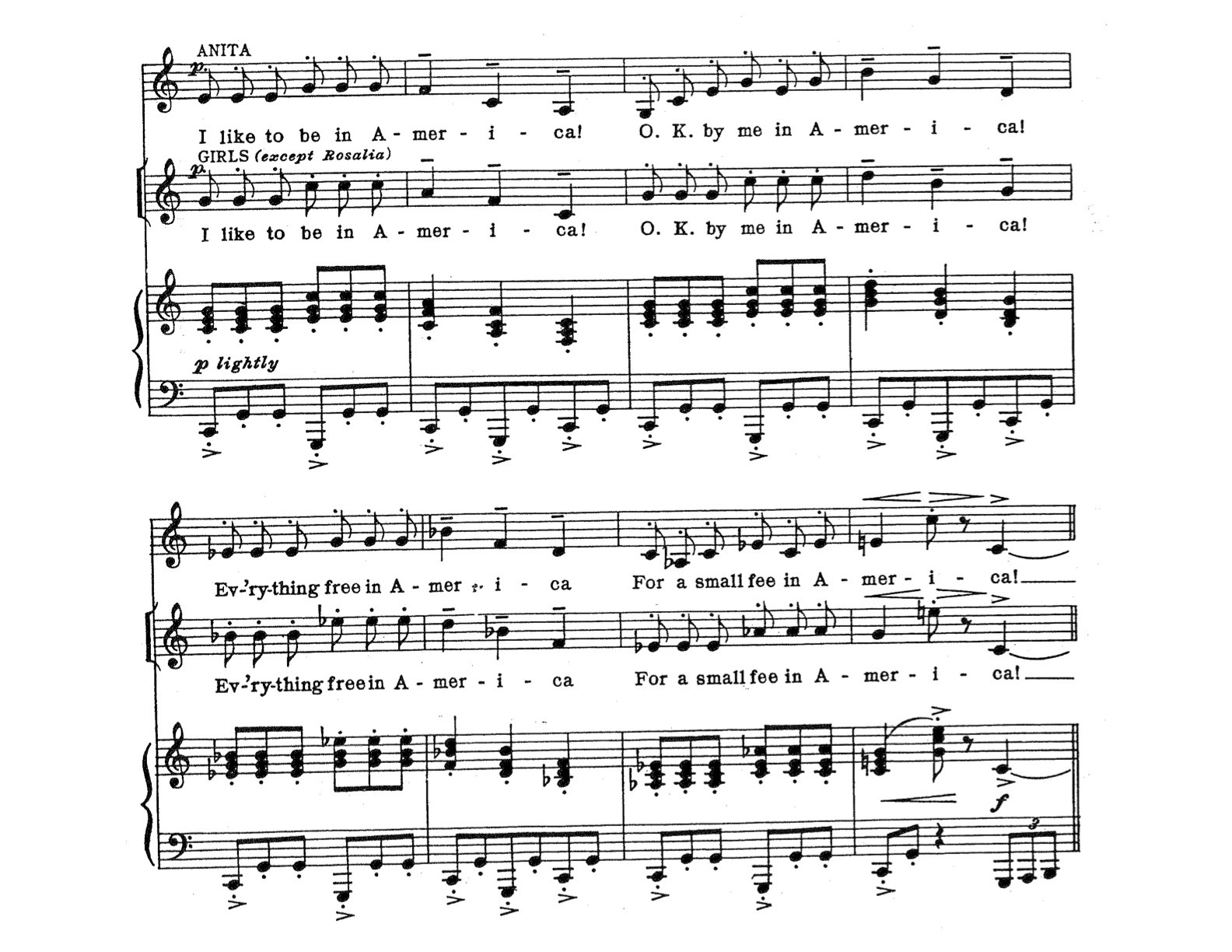 You wanted to know how to "relate beats with chords and notes and most importantly guitar?" I am not entirely sure what you meant by that, I suggest you study music theory (for example try this: http://www.amazon.co.uk/AB-Guide-Music-Theory-Vol/dp/1854724460) however let me try my best:

If you know about time signature then you should know that depending on the rhythm of the song a measure may contain 2 beats or 4 beats,etc. If each beat is equivalent to a crotchet(quarter note) then we refer to them as 2/4 and 4/4. Even in counting we count crotchets as 1,2,3... meaning they have the value of one beat.

The time signature can be say 1/2 or 2/2 (which is basically equivalent to the previous two examples) if we consider minims (half notes)- as in 1 minim beat in a bar or two minim beats in a bar respectively. And we count minims as 1,2 meaning each have the value of two beats. A fast song may have two beats in a bar (2/4), usually most songs have 4 beats in a bar (4/4) and so you play your piece according to what value you assign your notes. say, you are playing four crotchet G notes in a 4/4 measure so in each beat there would be one G note. then say F#-G-G in the next measure where their values are 1-2-1 beat(s) respectively so you play the notes accordingly where the first G note (the second note of the measure), being a minim, would be twice as long as a crotchet. (this is in fact an excerpt from "My heart goes on" )

7
Guitar Bluegrass basics
2
Working out strums per second given beats per minute - using guitar tabs
0
Can't differentiate between time signatures
4
Beat/Pulse Grouping
2
How are varying degrees of accent notated?
0
Can we use any note without caring much on rule of particular meter as long as note value fits in the meter?
1
How to determine the downbeats of a time signature?
0
Different way of “grouping” eighth notes
0
Which specific terms could be used to search for music without beats / percussions / drums?