How to play B major? What is the finger placement?

One other thing is, is there more one way to play B major? Why are there different fingerings for just the B major chord? For example: 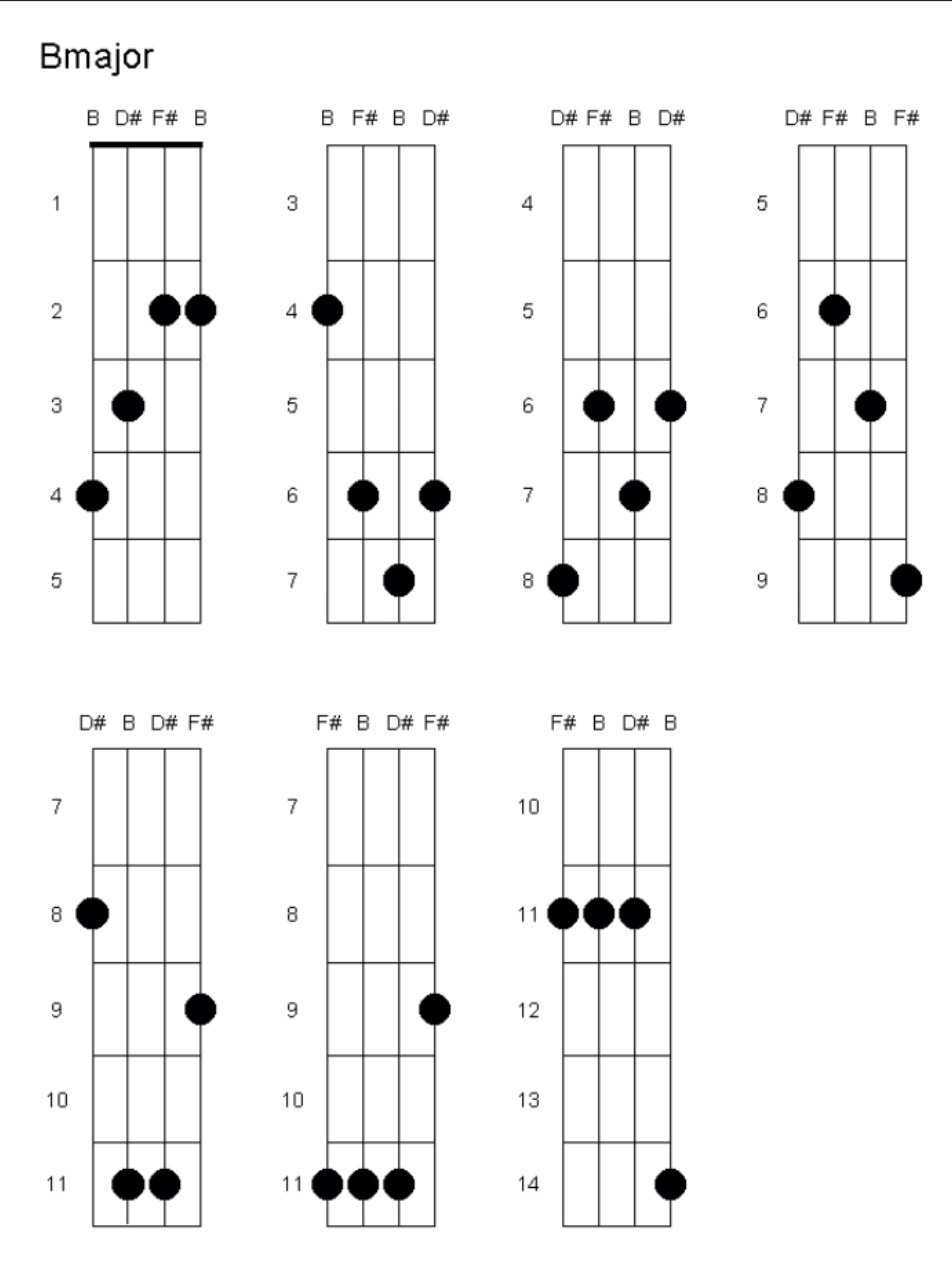 A major chord is a triad of three notes: the root note, the major third, and the perfect fifth. For the B major chord, the notes are B, D♯, and F♯.

Any combination of those three notes on your strings will form a B major chord. If the lowest note played is a B, the chord is in root position; otherwise, the chord is an inversion, which changes the character of the sound. When playing solo ukulele, this will depend partly on whether you use high G or low G tuning.

You ask 'Why are there different fingerings JUST for the B chord'. If that's what you meant, there are just as many fingerings for MOST chords. The examples shown are different mixes of the 3 notes needed for a major chord. If you look carefully,the 2nd and the 3rd diagrams actually have the same 3 notes on the same 3 strings on the same 3 frets (exactly as a guitar,top 4 strings, but in a different key),but obviously the fingerings will be different. Check others and you will see similar pattern copying.

If you ask about B major chord, which all major chord have 1-3-5 rule, which in B major it will be: B-D#-F#. All of your images shown those three notes.

In your images, they're the same three notes, B-D#-F#, but in different position or(/and) different octave.

Not the answer you're looking for? Browse other questions tagged chords ukulele or ask your own question.

1
How do I play difficult ukulele chords (B major)?
31
How to identify the root note of a chord

4
What makes each of the inversions of a major chord different in usage?
7
How can the ukulele D7 chord have different fingerings with different sounds?
1
What symbols indicate the major chord, besides the root note alone and "maj"/"major"?
1
How to quickly figure out the chords in a major scale?
20
Why is the first inversion of a C Major Chord very rarely used on guitar even though it is easier to play?
0
The major to minor/minor to major switch
3
What is this sequence and why does it play with the melody in such a distinct way?
3
How do I determine the "bass" tone of a major or minor chord?
6
Do pianists look at the chord letter or notes on the stave to tell what chord to play?
5
What is the function of this ♯V major chord (or ♭VI major)?