Stuck while trying to change the strings for the first time

Ok so I was able to remove all the strings but one and I am afraid the last one is stuck badly.

I followed the various tutorials on replacing the strings: Removed tension-> pushed it in and tried to pull the pin.

However, this was wasn't getting pushed so I tried cutting it halfway and pushing it. When that didn't help, I cut the chord from the base (near the pin) and then tried. But I think its stuck badly. I have been trying since 2 days but without any luck. Any help will be appreciated. Here are the pics: 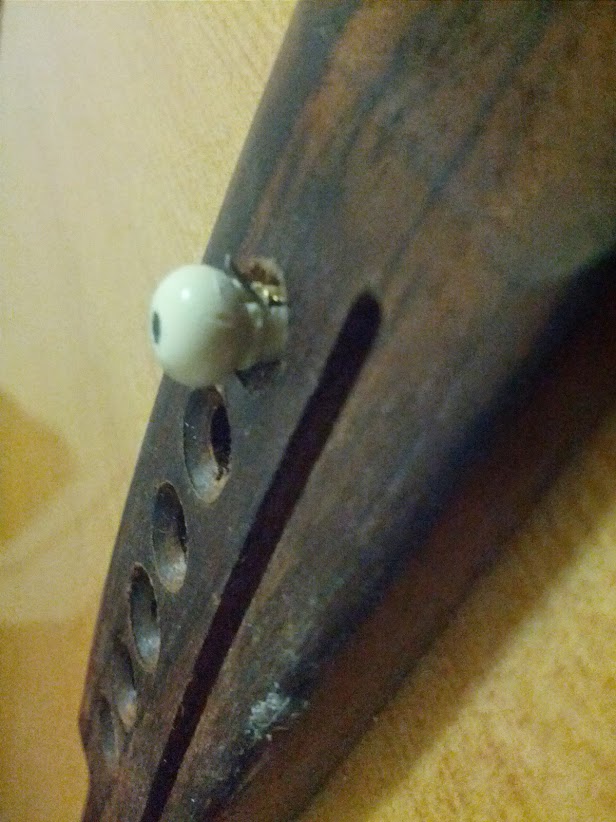 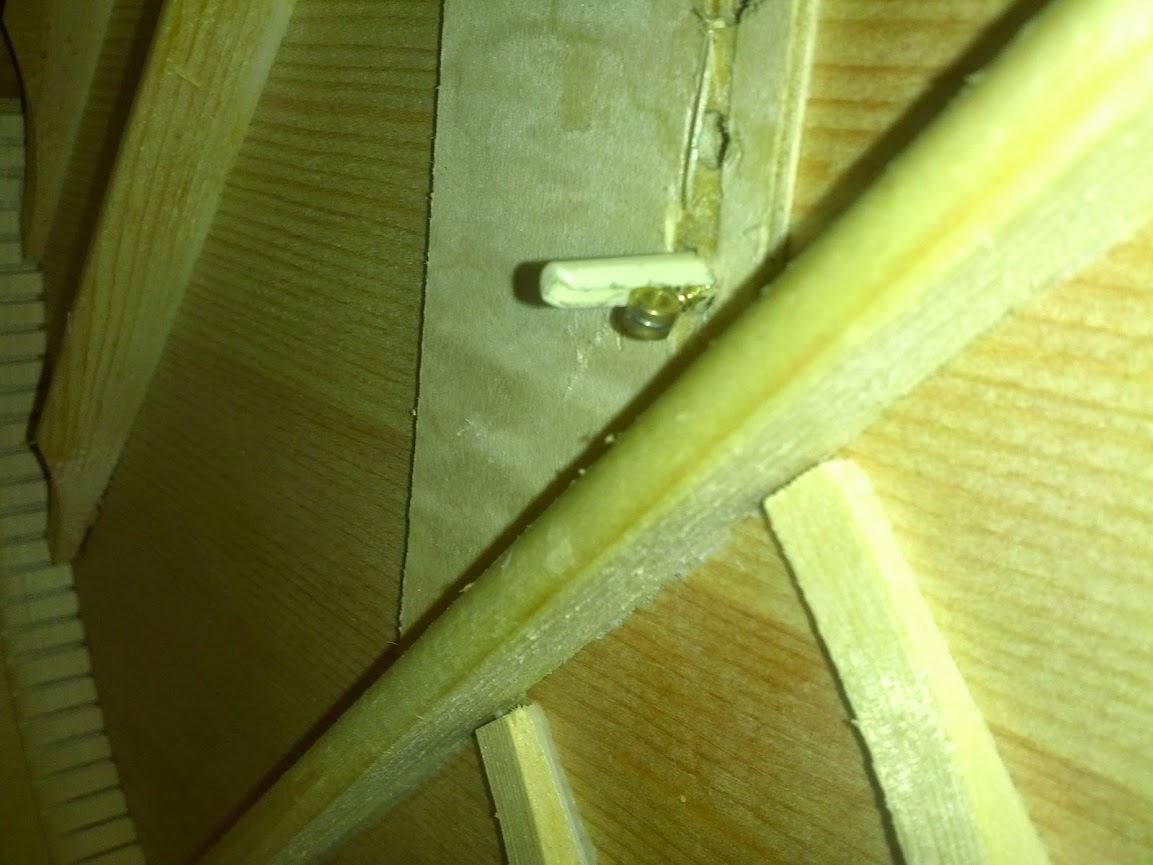 I'd simply use some good pliers on the pin and twist it out. It will likely get a bit roughed up but I personally never minded. They shouldn't be expensive to replace if you wish, either.

I'm with Matthew here. Both from my general experience w/ a variety of musical instruments and in my wood shop, I'd start by applying a little bit of silicone spray to the pin, let it flow around for a couple minutes, then take a pliers or mini-vicegrip and rotate/twist. No matter what you do, that pin is history, so don't worry about damaging it. Just keep the pliers away from the guitar body to avoid scratches.

BTW, googling for "how to remove bridge pins" yields a plethora of advice columns, tho YMMV

I've had this same problem before, and what worked for me is using the pin removal notch that's built into a lot of the string winders you can buy. Take a look at this:

This is a string winder that you put onto the tuning knobs to more quickly wind new strings on. They sell them at pretty much every music store. That little u-shaped notch is for pushing under the head of the pins and popping them out. Obviously if it is really, seriously, stuck this might not work. But it will be a lot gentler on your guitar than pliers or drilling.

In addition here, that second image is shot from inside the body - so I presume without the strings on you have enough room to get your hand in there with a camera. I'd get in there and try and help the pin out from the inside as you pull from the outside.

In this situation, having used a bit of brute force, and worried I may slip with a tool and scratch the guitar, I'd start with a small drill - 2mm, and slowly, carefully drill straight through the centre of the pin. Go to 3mm and if needed, 4mm until the mangled remains of the string come out. If you're really lucky, you may be able to re-use the pin, but it depends on drilling straight and getting the job done with a small bit. If not, the worst will be buying a new set of pins - loads on ebay, etc for not much money. Good luck !

The best way I've found is to apply a lubricant (silicon as another user suggested), and try to "break the seal" by putting your hand in the guitar and wiggling the end of the pin inside the guitar, ideally while pulling it with pliers on the other side. Have patience - it may not give right away. Eventually you should feel it start to move, hopefully either that or it'll just break.

However first might be to remove the end of the string and its loop If you're able to get a pair of pliers onto that alone and pull it out, that'll help a lot- you're freeing up the hole.

I run classic cars and am used to freeing up bolts which have rusted solid for 40 years. In my experience "gentle worrying" of the piece in question works nicely especially if you want to avoid damaging anything.

One further thing : If you're worried about scratching the guitar while doing this, use thick cardboard to protect the area around the pin. Just cut a hole in it so you can get to the pin.

Not the answer you're looking for? Browse other questions tagged guitar strings acoustic-guitar or ask your own question.

10
Restringing a 12-string guitar with heavier strings - is it possible?
5
Is it possible for the unwound strings to wear faster than the wound strings on a Guitar?
0
What should be the tension for 0.010 inch strings for guitar
12
Should I change my guitar strings?
10
Should you change the strings on a brand new guitar?
0
Changing strings on acoustic guitar - any difference in the strings in the package?
2
Fingers touch adjacent strings while playing chords
3
Non standard guitar strings for old guitar