Techniques for pitch shifting vocals while maintaining a natural sound

Hi I'm looking for a way to make a very deep but good sounding voice. I work in FL Studio so I've tried to use the pitch option and their options like speech etc. But it sounds so artificial. This is the example of what kind of voice I want to do from my recorded voice (male) or downloaded. Would you help me? I'm not an expert in this area.

It's interesting that to me your example doesn't sound natural at all. To me it seems that the sound was intentionally designed to sound unnatural. I guess "natural" is a pretty broad and somewhat subjective concept, so for simplicity we will define "more natural" as "inducing less change" and "less natural" as "inducing more change".

I can think of 4 ways to achieve that low-pitched voice: playback speed (aka a sampler's transpose), pitch shifting, frequency shifting, and formant manipulation. Each has its own sound, each will provide different results.

Your example sounds like something formant manipulation would do, but there is no way to know for sure without having the original voice sound as reference.

How to maintain a natural sound?

Which of these 4 techniques will sound more natural? It depends on you and how you implement them. One common approach to achieving very natural results is combining formant manipulation and pitch shifting. The human voice has some complex dynamics, and one of them is that there are specific resonances that remain constant no matter what note you sing. That's the timbre of your voice. When you use pitch shifting you will move those resonances too, something that doesn't happen in "real life".

By knowing the tools you have available you can achieve any result you are looking for, without limiting yourself to a specific scope.

Here is an overview of four tools that will help you carve any voice sound you can think of, and more.

You can use a sampler to decrease the playback speed by either tweaking it explicitly (most samplers will have this function named as "transpose") or by playing the sample through a note lower than the one assigned to it.

This implementation has one particularity: your sample will become shorter or longer as you tweak its pitch, as pitch is being modified through the playback speed. Relationship between harmonics is conserved, and no harmonics are added or removed. 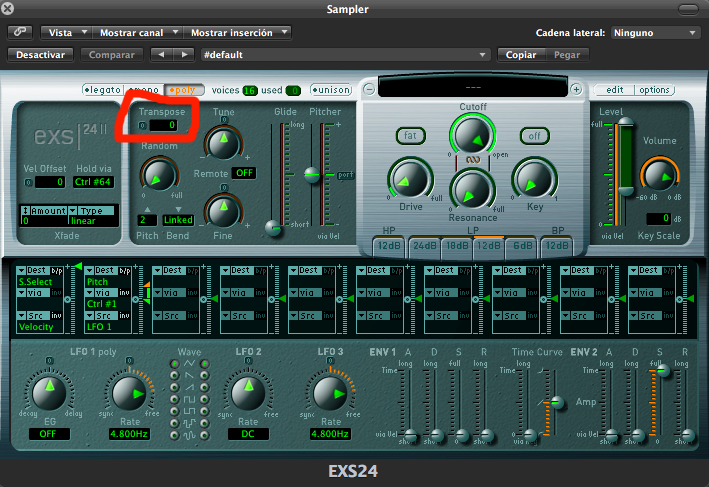 Change of pitch without changing the time. Some known tools that you can use to implement pitch shifting are: pitch correctors like Melodyne or Auto-Tune, synths capable of granular synthesis like Absynth, some DAWs have their own native implementation like Live's algorithms: beats, tones, texture, complex, and complex pro.

Here the result will vary depending in the tool and algorithm you used. In general, some new harmonics might be created, but their relationship will be the same: this musical transposition preserves the ratios of the harmonic frequencies that determine the sound's timbre 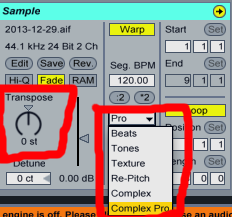 (here transpose will work as playback speed change if the Re-Pitch algorithm is selected, all other algorithms work as pitch shifting) 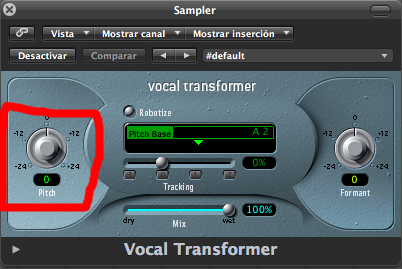 Here the transposition is made by the same amount, for every harmonic. Each harmonic is moved by the same distance. Therefore, the ratios between harmonics is not preserved. This is done using amplitude modulation.

The destruction of the original harmonic ratios can induce a lot of dissonance.

This is a more exotic effect, so you'll find it in more exotic tools like: Reaktor, SuperCollider, Pure Data, MAX. If you are not into that kind of stuff, there is a very simple implementation in Live, called simply "Frequency Shifter". I'm sure there are other simple simple frequency shift plug-ins, but I can't remember more at the moment. 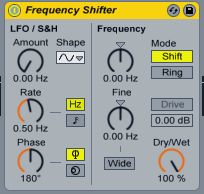 Here the frequency of the first harmonic is conserved and some of the other harmonics are modified in pitch and/or amplitude. The fundamental frequency doesn't change, but the timbre does. This is similar to how a string will sound different if played in different-sized guitars. Small guitars will tend to amplify higher harmonics, and bigger guitars will tend to amplify lower harmonics. Also similar to what helium does to your voice (do not try it at home!).

It's also similar to why and how the middle C sounds different if singed by Barry White than if singed by Mariah Carey. 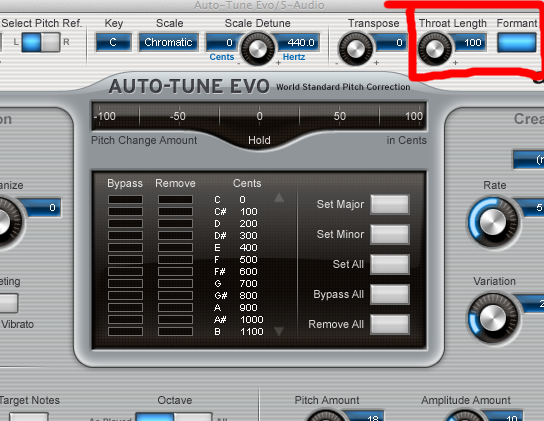 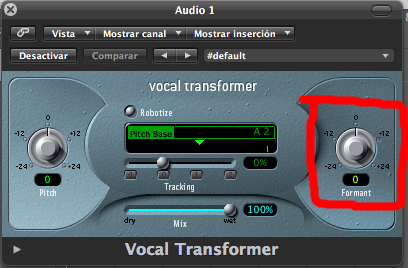 Sounds like that's an ordinary voice that's been 'slowed down'. If you record it at a faster speed, and play it back normally, it'll sound like that.On the original recording you'll have to speak/sing faster, though. Obviously these days, all this can be done digitally, but if you want your voice to sound like this on a normal day, a new larynx may be in order.

Not the answer you're looking for? Browse other questions tagged voice daw or ask your own question.

25
Teaching a student to match pitch
3
Can anybody develop their falsetto like Brian Mcknight?
4
Automatic “regular” chords (not arpeggios) in FL Studio
8
Male Whistle Register?
2
What really is a proper way of singing?
1
Help with singing voice
1
Should I go to a studio or release demos?
1
Singing With Cork
2
Piano playing matching pitch of spoken voice - is there a name for this?
21
Why can't I sing high notes as a young female?