How can I find up which of them is "up" and which "down"? 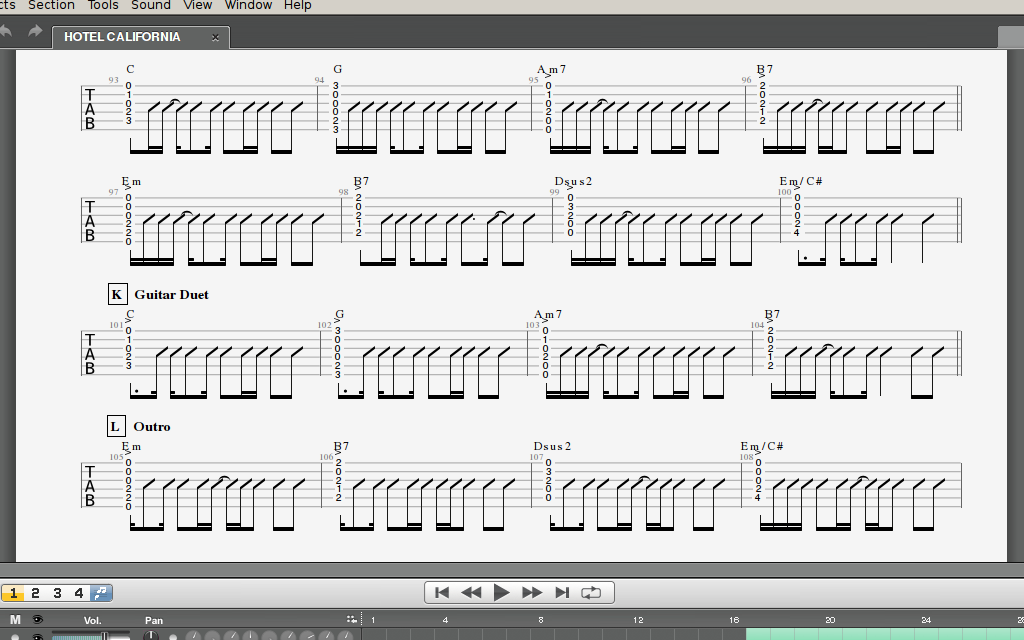 This notation is a simplified notation of regular scores. It does not show whether you need to strum up or down -- that's something you'll just have to decide for yourself, judging on what feels best and what sounds best -- instead it shows the rhythm of your strumming.

This website has an easy-to-understand list of what each symbol means, so take a look at that. In your example, most notes are sixteenths and eighths, with a couple of quarters as well. A few notes are also followed by a dot, which means that the note is played 50% longer.

I suggest you try to understand these notations first, and carefully look at the tab while using Guitar Pro's playback option. That usually makes it a lot easier to understand how exactly you need to interpret the tab.

As general rule, when there are 4 beats in a bar, beats 1,2,3 and 4 are strummed down. Any strums on the 'and' are up-strums - in order that the next beat is a down strum.

Double up the timing, and make 8 downstrums in a bar instead of the original 4.Now each beat will have down, up, down, up in it. So on that first bar, the first strums will be D,D,U. As the next 'strum' is actually tied to that last U, a ghost strum D is made in its place.Then it's U, ghost D and U again.Then D, D U and D, D for the end of the first bar.

In other words, you've put a potential 16 strums into a bar, 8 D and the alternating 8 U. DUDU DUDU DUDU DUDU. This keeps the strumming arm moving regularly, and not stuttering.Each beat has 4 semi-quavers (16th notes) but not every one is strummed. If tapping your foot helps, tap 8 per bar - when your foot rises,, that's an up-strum. Obviously, you need to be able to read the pattern of notes, value-wise.

This probably sounds complicated, but the objective is to keep the rhythm arm pumping up and down regularly, as each bar will then only be a matter of when you catch the strings on a D or U, and when you ghost strum them. When the rhythm changes, or you want to change it anyway, don't change the down/up pattern - only the strum or ghost strum.

7
How to read guitar tabs more effectively and efficiently?
0
Can Guitar pro 6 read files from a link?
1
Will learning guitar tabs help me improve at learning other tabs/playing melodies?
5
What are these numbers under tabs in Guitar Pro?
5
How do I read guitar tabs written in this format?
4
How to create guitar tabs with similar notation to Japanese Band Scores?
2
How do I do this kind of strumming?
0
How to read this guitar chord cheat sheet?
1
Why do tabs show individual notes being played where the song seems to contain strumming?