Acoustic Yamaha U1: One key sounds too loud

I recently got a Yamaha U1 acoustic piano. It sounds great except the E below middle C (E3) is much too loud. Whenever I play a chord with that key it really stands out and dominates the sound. No other keys on the piano are effected this way.

When I play with the soft pedal or the sustaining pedal the E3 key is still too loud. However, if I play with the practice pedal then the effect goes away and all pedals have a similar volume.

As far as I can tell the hammer doesn't move any faster than those around it, and it doesn't sit in a different position. It looks just like its neighbors in both these regards.

I've got some pictures of the hammers around the problematic key, which is the second from the left in these two images: 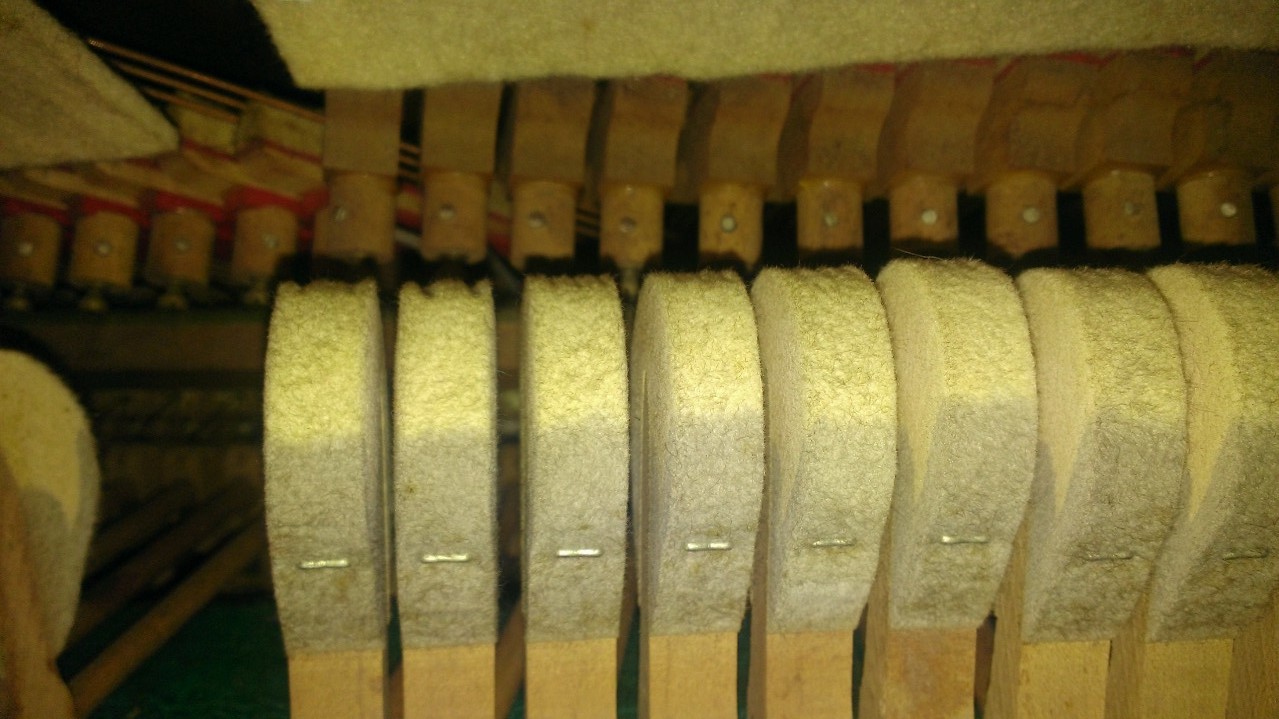 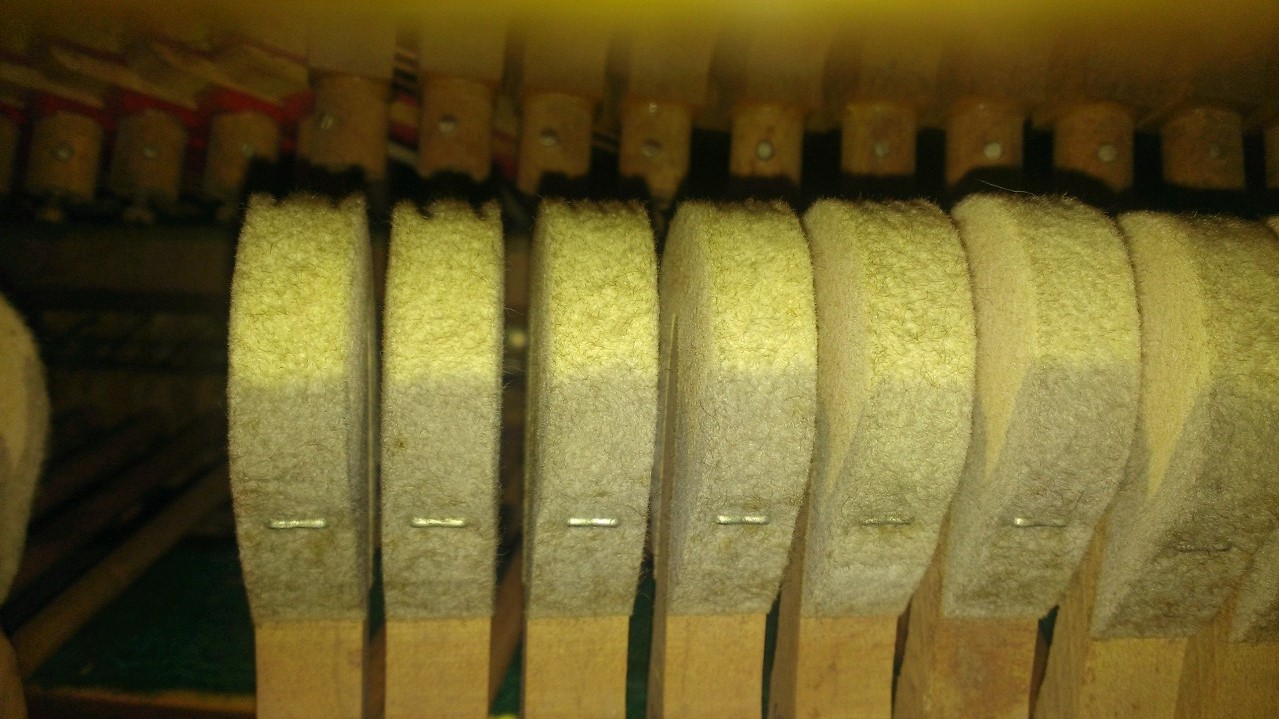 For comparison here is a picture of the hammers for the keys from D3 down:

Can anyone tell me what the problem could be? I think the felt of the problematic hammer may be worn so much that it has hardened, which would explain why I don't hear any difference when playing with the silent pedal. Is this possible? Has anyone seen anything like this before?

All pianos need tone regulation ("voicing") and action regulation from time to time, because of wear on the hammers and other parts. In your case, it's time.

You need to hire a professional piano tuner and repair person. It takes an expert with special tools and parts to fix a problem such as this correctly.

As @Wheat Williams says, the piano needs a bit of regulation or adjustment. As @SeuMenezes you need to hire a professional piano technician who will do this and most likely tune the piano for you as well. This isn't something you want to do yourself because you can cause more damage which will cost a lot more to fix than having the technician come in once and take care of this along with a tuning!

In general the tuning and maintenance schedule for a piano is twice a year when the seasons, if you live in a temperate climate, change from the dry winter months to the warmer moist months. Where I live, I use May and November as my tuning schedule and this has worked great for decades. For other drier areas, you can get away with once a year, and if it's more humid it may take more often tunings and adjustments depending upon how much your ears can tolerate the piano.

Maintenance and adjustments should be built in the schedule, and what is normally done is to come up with a list of things for the piano tuner to look at when he comes in to tune the piano. Sometimes additional things might need adjustment, and he or she will schedule additional time for that.

Not the answer you're looking for? Browse other questions tagged piano instruments instrument-care or ask your own question.

44
What instruments are inexpensive, portable and not too loud?
4
What are some ways I can secure my piano stand so it isn't moving as much?
3
Really Silent Piano
3
Is my digital piano suitable for learning to play?
4
Are the components of an upright piano action rack interchangeable between pianos, or "brand-specific"?
6
Upright Piano action problems
1
Are acoustic pianos too loud?
1
Yamaha YDP 163 touch too hard