What is this chord called that looks similar to power chords?

While watching to some guitar covers I found this chord that looks similar to a power chord. In the cover the guitarist played it on the second and fourth fret. It looks like this: 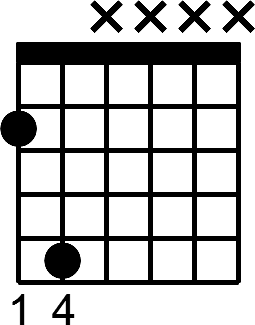 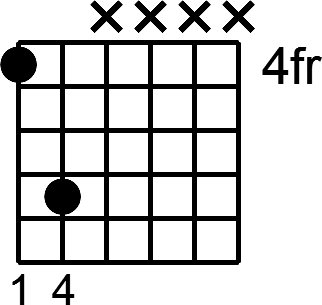 Furthermore, is it possible to play this with three notes like a "big powerchord". With big power chord I mean like in this sequence:

This is an interval of a minor sixth. Nameable chords usually need three notes in order to define them. A single interval can be a component of a number of chords. So, for this reason the naming of this chord would depend upon harmonic context; in other words, which other notes, if any, sound with it.

However, the interval of a minor sixth is commonly perceived as the first inversion of a major chord, without a fifth. So, in this case, this would be a first inversion E Major chord without the fifth, having a G# at the bottom, an E above, and no B.

7
How to play power chords without fretting hand getting tired?
2
Is this a C chord or an Em chord?
6
How do I tell which power chords go with a key?
0
How to use chords and chord websites?
4
How is this type of chord progression notation called?
3
Best position for play Power Chords standing
5
How can I play these notes on A and G strings?
3
Finding a scale from power chords
3
How do you make the cool sound by touching the string with your index finger?