What is balanced audio all about?

A balanced setup prevents electro-magnetic interference from corrupting an audio signal, such as one going between a microphone and a preamp, for example.

Cables themselves are not balanced, but an audio signal carried by a cable might be balanced. Cables which carry such signals normally have three conductors. Microphone cables are a typical example. The conductors are called hot or positive, cold or negative, and ground or earth. (The ground is not necessary, but is usually present.)

To understand it, let us first consider a normal, unbalanced audio signal. Let's say it leaves its source looking like this: 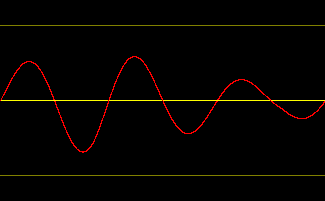 The wire acts as an antenna which attracts noise that interferes with the signal. It arrives at its destination corrupted. The orange line show the portion of the signal in error. (The original is seen in a darker red.) Real-life interference is more random than regular, but this example helps to illustrate the effect. 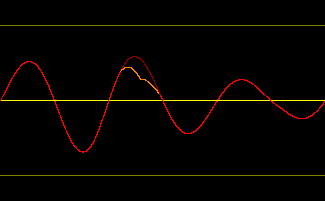 Thus a corrupted version of the original signal arrives at the receiving equipment. What you see is, unfortunately, what you get.

In a balanced audio signal, the original signal is sent as-is through the hot conductor. A phase-inverted copy of it is sent in the cold conductor. The light blue wave shows the cold signal. 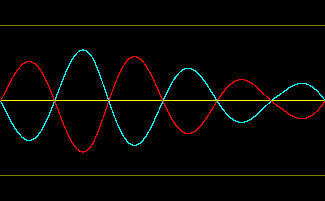 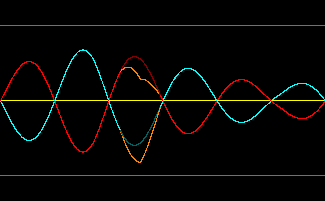 If the receiving equipment summed the signals directly, we'd see the original signal gone and the corrupting noise doubled. These are represented in yellow and gray, respectively. 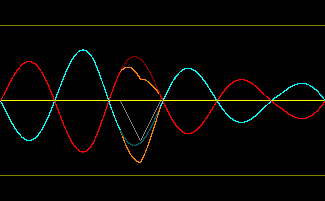 But that's not what happens. The cold signal is subtracted from the hot. The result is the shape of original signal, error free. (The corrected portion is shown in white.) This happens because the noise, which is in phase on both lines, is subtracted from itself. 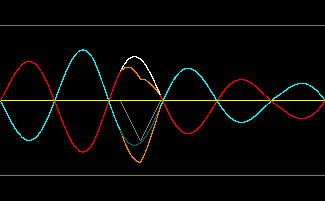 Note that the amplitude (i.e. strength) of the original signal is actually doubled in the process. (This is not shown in the diagram.)

Not the answer you're looking for? Browse other questions tagged recording live-sound or ask your own question.

2
Why does my mono microphone have a three-pin plug?