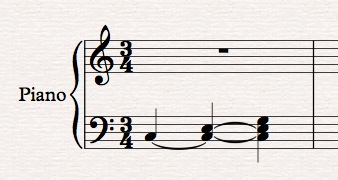 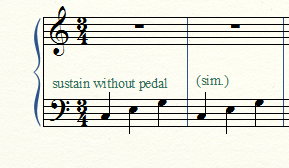 You can use a Tie to sustain notes in this manner.

There is more here: https://en.wikipedia.org/wiki/Tie_(music)

18
What's the proper piano notation for adding one note at a time to a chord and holding all the notes?
3
Is there a non-verbose way to notate finger sustained notes in LilyPond?

6
Pedaling in Satie's Gymnopedie #1
3
How to play the sustain pedal and rests (piano)
2
Notation for note decaying slowly
2
Can I use the middle piano pedal to sustain a repetitive melody line?
2
Proper use of fermata marks on sheet music
4
The proper way to mark sustain pedal for MuseScore playback and live performer?
3
Is there a non-verbose way to notate finger sustained notes in LilyPond?