Too much string on the tuning peg?

I just finished changing the strings for my classical guitar. This is the first time so it wasn't absolutely smooth.

Now, tuning my E string (the highest) I noticed that it gets quite tense and all. I guess that it's normal however because of how I wound the strings, my E string on the tuning peg gets all stacked up on one side: 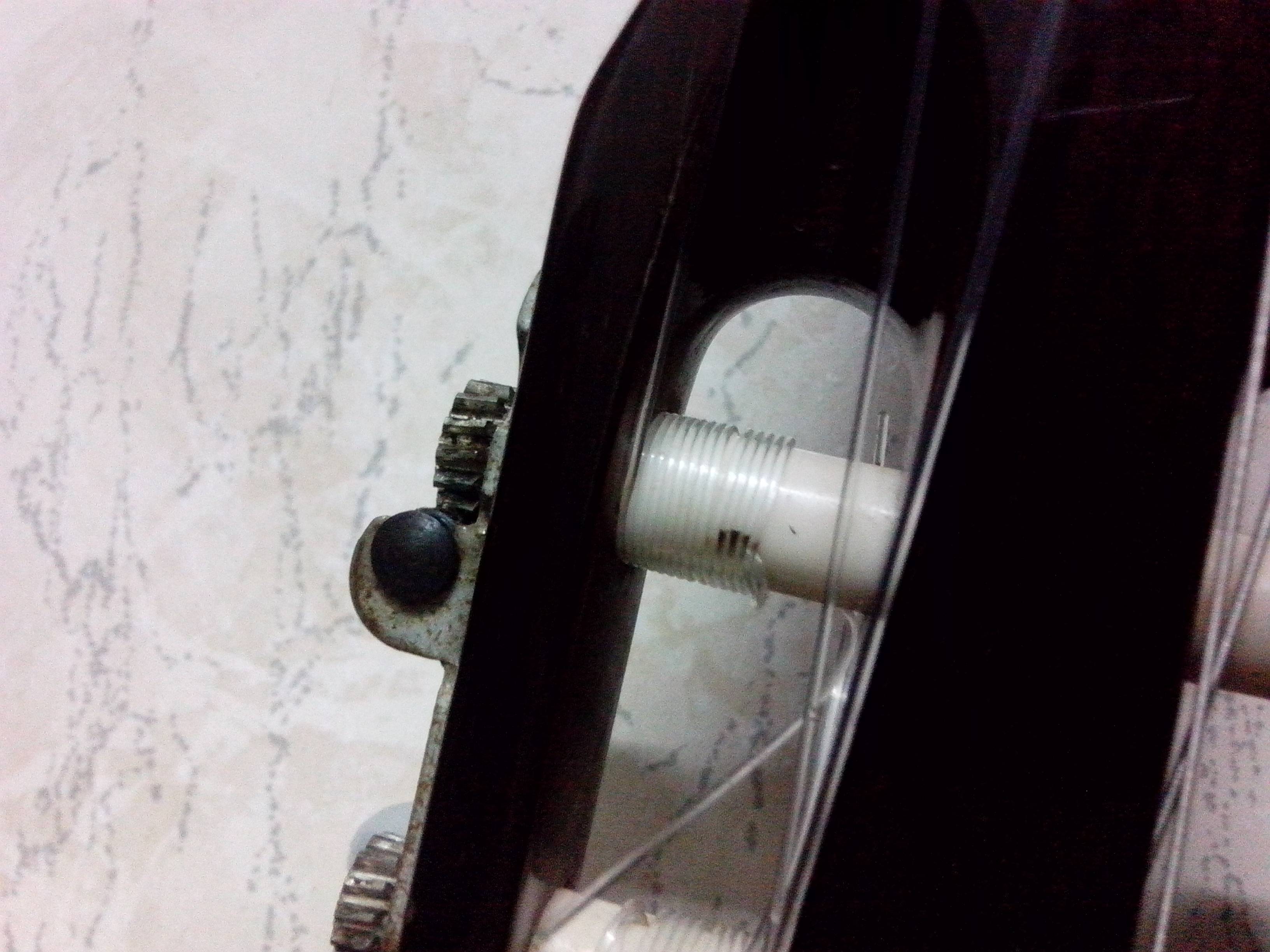 See that and whenever I need to tight the string up, it kinda makes a sound that makes me think it wouldn't be able to wind up anymore!

My question is what should I do? Do I let it stay like this and tighten the string up whenever it's needed? Or should I remove the string and wind it up all over again? In that case would it affect the quality of the string and the sound?

I would do it over again, and have about half as many loops on the peg as you have now. See this guide for some more hints.

That's not "major damage" but it's undesirable, and the wood fouling on the string will affect the tone even if only a little bit.

I would unwind it so that you can move the string through the hole oin the peg, pull it tight and then start winding again to hopfully take up more slack.

The alternative would be to pull the string through the hole, and pull it towards the middle of the headstock and see if it'll 'want to' wind over the peg, over the hole and not as far up the peg at the other end

Not the answer you're looking for? Browse other questions tagged guitar strings classical-guitar or ask your own question.

8
My high E string broke one week after replacing my guitar strings. Could that be an installation issue?
11
Stringing alternatives on classical guitar (headstock)
1
How long for uke strings to stretch?
1
Are nylon guitar strings sold in a pack such that only first 3 are nylon, rest steel?
1
Classical Guitar stringing and tuning
5
Tuning machines are too sensitive and change the pitch too much. What should I do?
1
Why are some strings wound instead of solid?
0
Tuning peg tight on a guitar (possibly slipping, too)
6
On the guitar, why the treble strings should be wound clockwise while the bass strings should be wound counterclockwise?
6
Why won't the top three strings change pitch