Ofcourse there is the notation 1 2 3 4 5 for each finger. But are there other (quasi-)standard symbols for indicating, for example, hand movements, stretching the hand, putting the thumb under, etc.? It would be possible to create my own notation system, but if there are existing coherent systems, that would be nice to know.

The only other thing is indicating which hand to use, in cases of hand crossing or cross staffing. The standard abbreviations can be seen here, and I would suggest simply using the English "LH" / "RH".

Anything beyond this is pretty much unnecessary. If there's something really unusual that you need to notate, I would recommend simply writing out whatever it is that you want in the margin.

There are a handful of standard notations for indicating which hand/fingering to use, and also a variety of notations geared toward beginning piano students which are standard within a particular author's books, but which can vary from author to author. 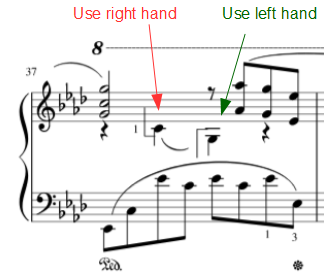 (Image from What does the L-shaped symbol attached to C5 and G4 on the top staff mean?) 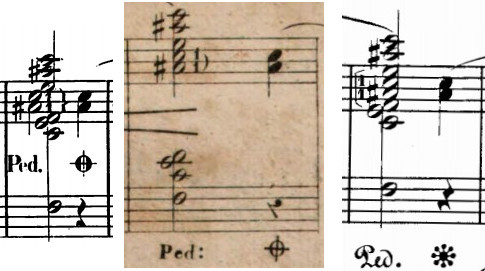 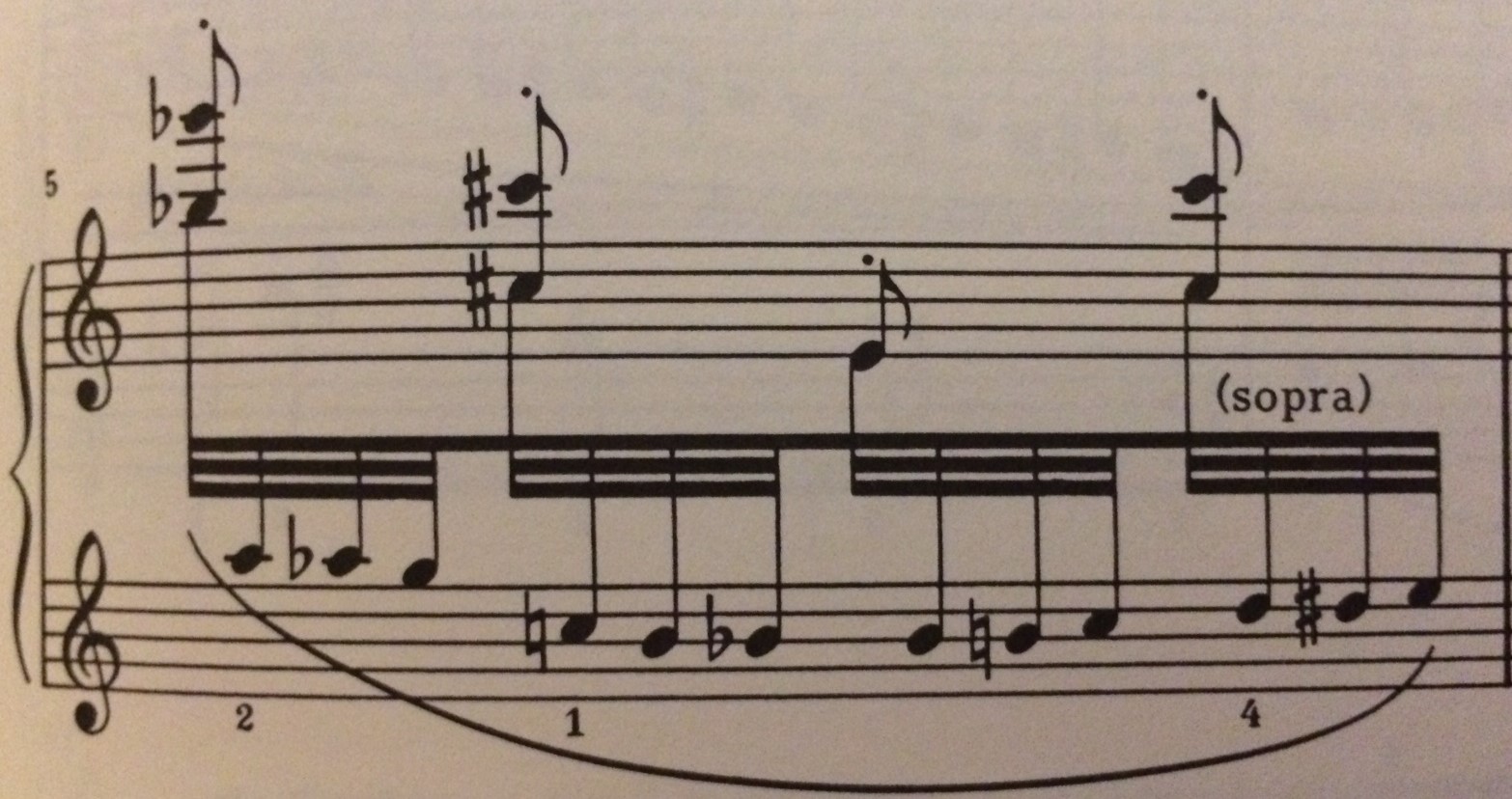 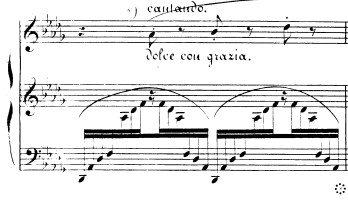 In books for beginners, sometimes special notations are adopted to call attention to unfamiliar situations. 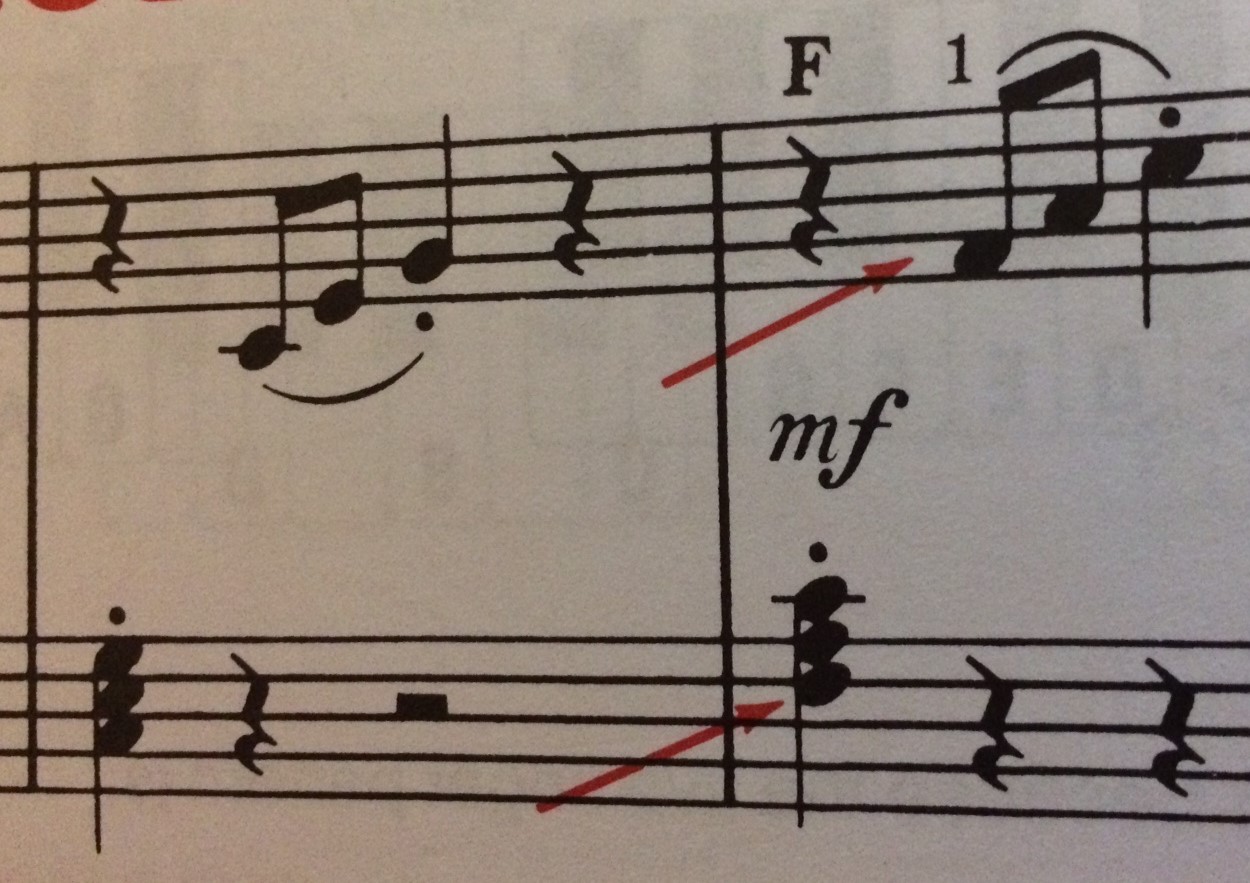 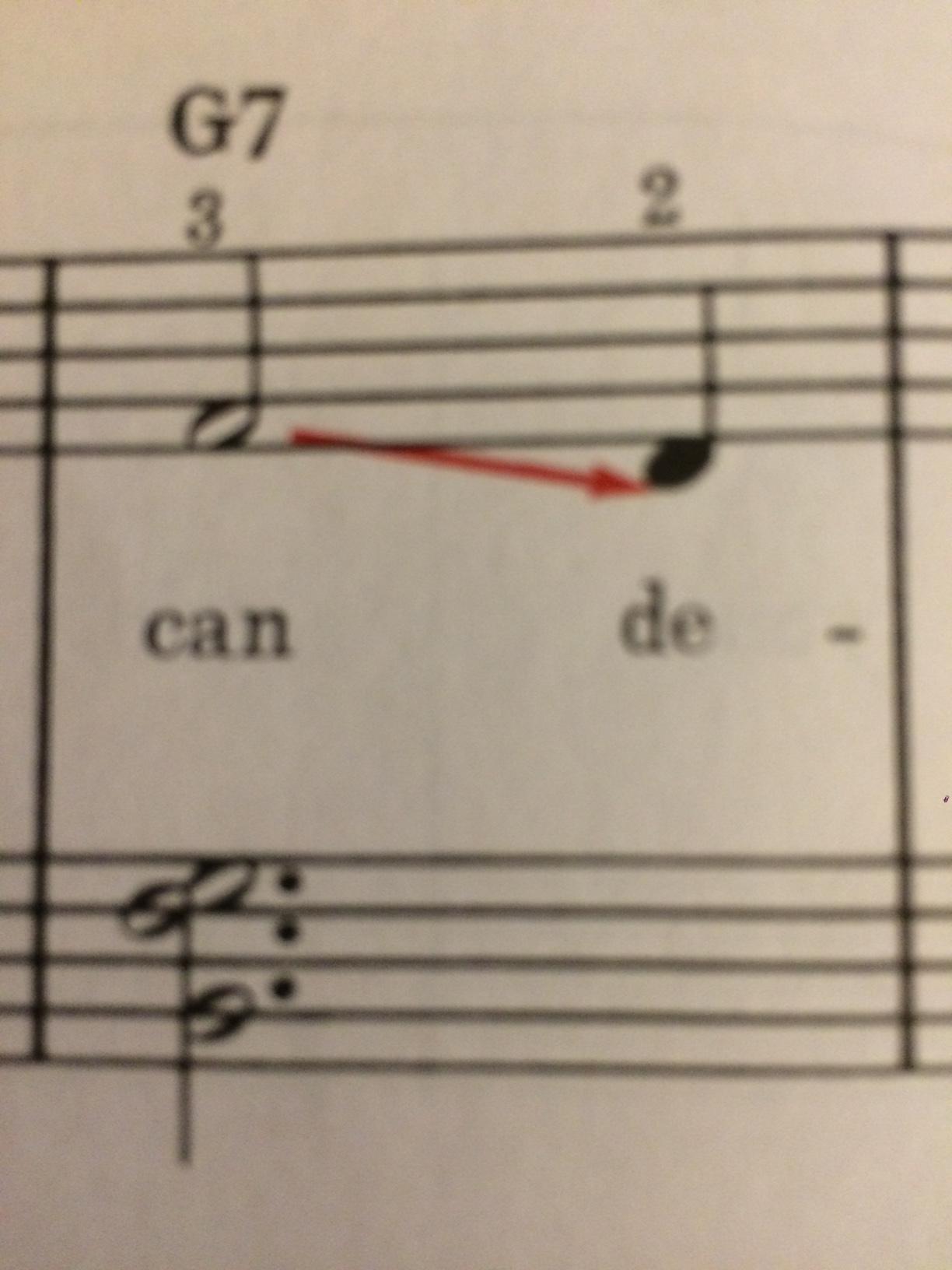 16
What does the L-shaped symbol attached to C5 and G4 on the top staff mean?