All basic synthesizers can produce the basic waveforms: sawtooth, square, triangle, and sometimes sine. Does each synthesizer "injects" its own character to the waveform? Are all sawtooths the same, or can there be differences?

They are not always the same. There can be differences in the harmonic content, in the wave shape, even if they are unnoticeable to the ear (or most ears).

There are many different ways to generate the basic waveforms electronically, so in analog synths the actual waveform will depend on the design and implementation. I've also found that analog oscillators are band limited, they lack some of the last harmoinics, like a built-in low pass filter. Maybe "perfect" waveforms are difficult to generate electronically.

An exception is the sine wave, which as far as I know is always the same and can be easily produced both digitally and electronically. It would be hard to call sine wave a waveform that contains more than one harmonic.

Here are some examples of sawtooths from different software synths. All samples were taken with with bypassed filter, or with the filter as open as possible if bypass is not possible. 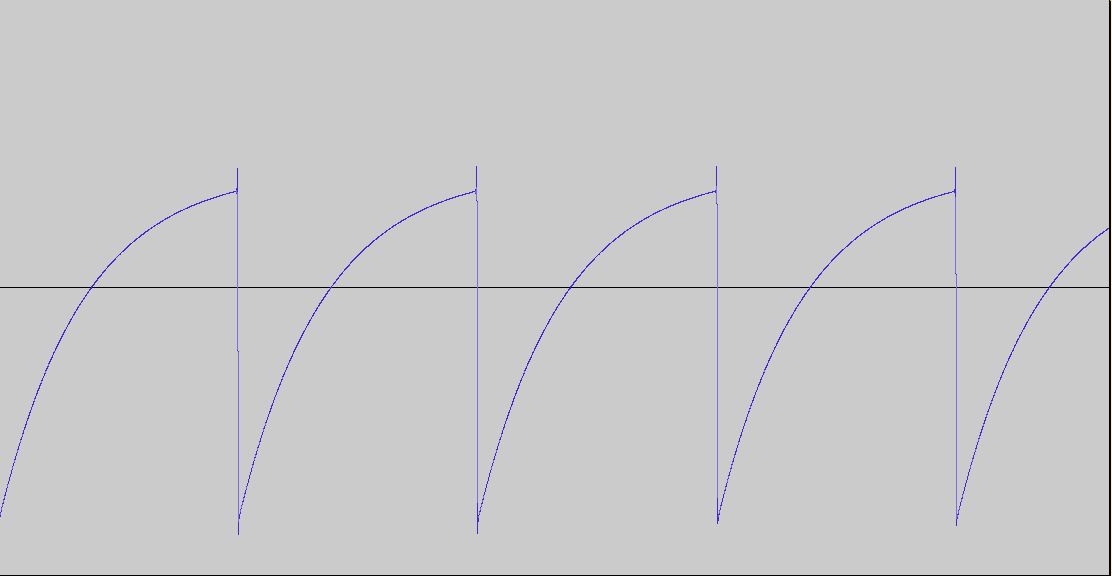 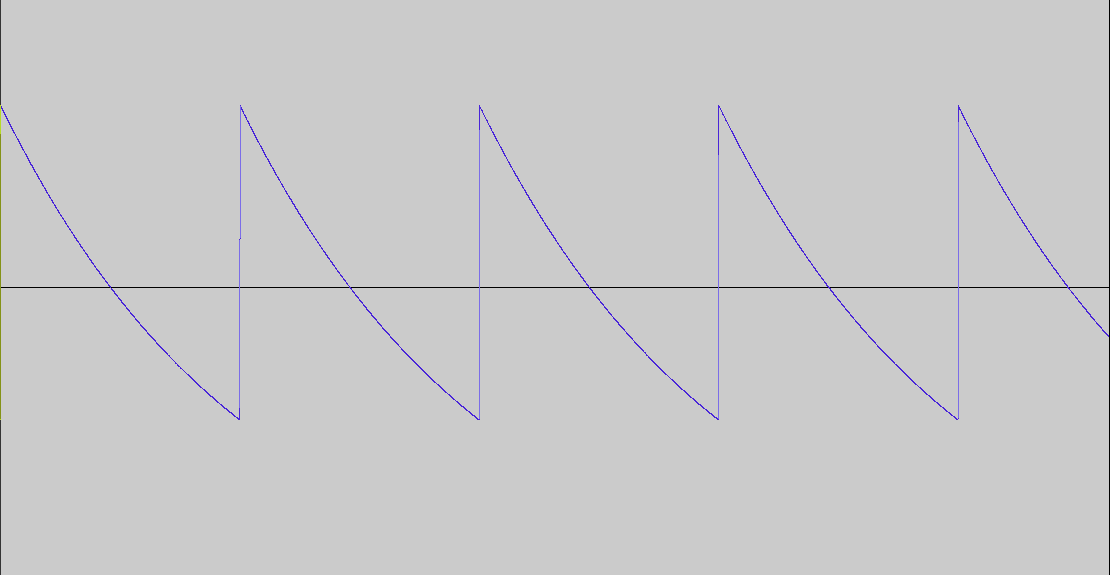 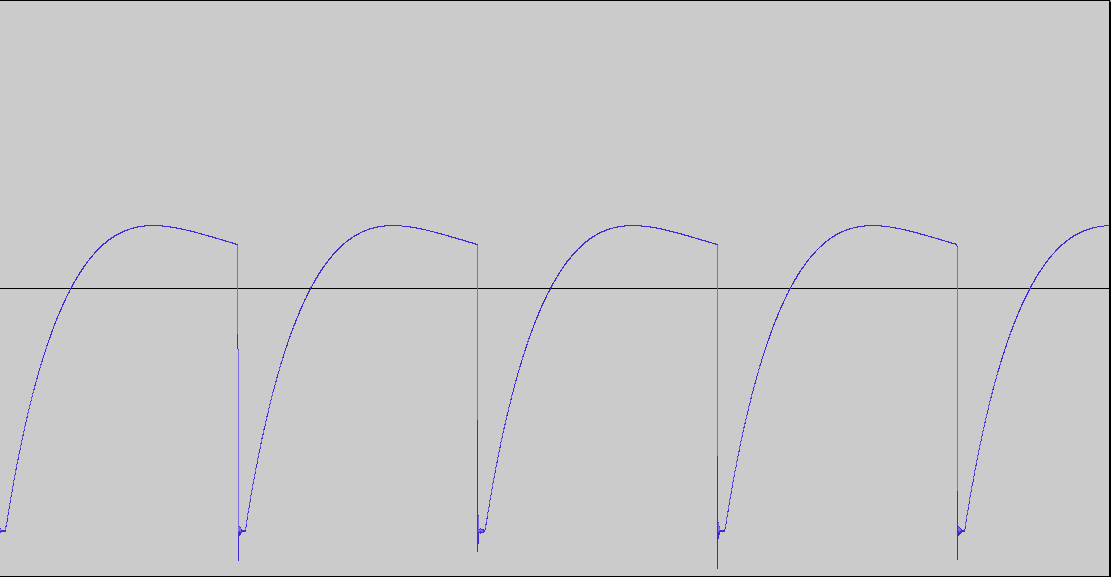 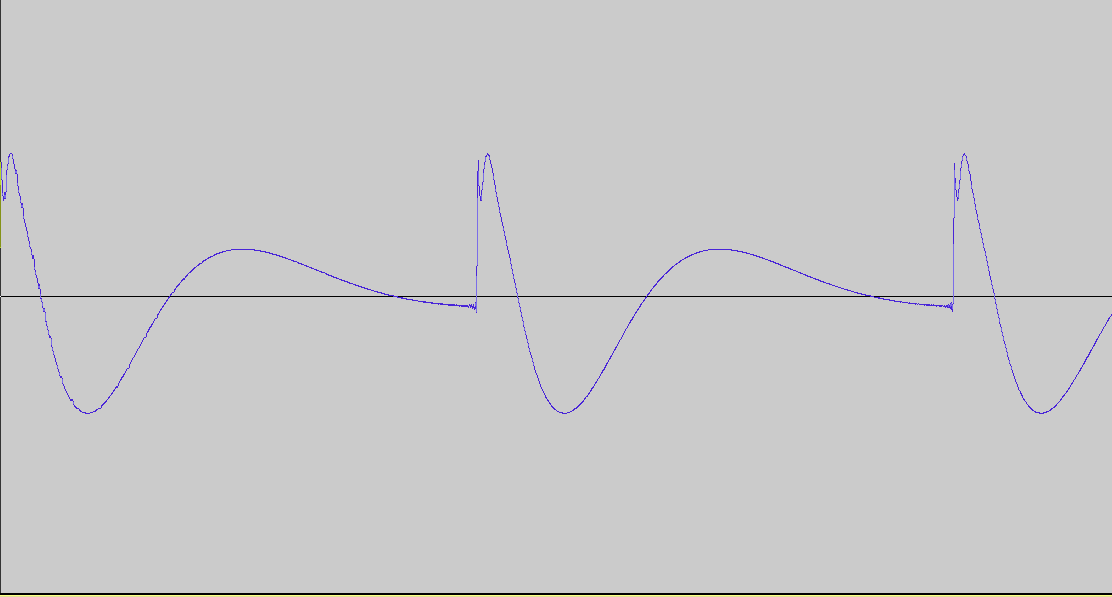 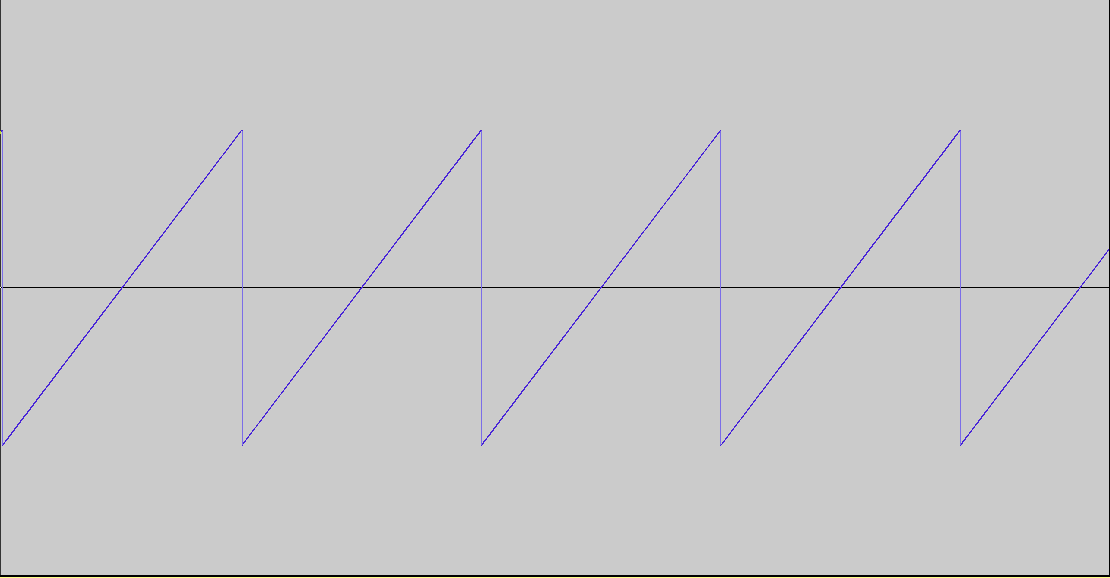 They are all different. Arturia Minimoog and Minimonsta label themselves as "virual analog", and seems that they are using sawtooths similar to what we find in analog synths. According to this article the Minimonsta's sawtooth is almost identical to the Minimoog Voyager's. Waves Element is another virtual analog synth, but it has a different and weird sawtooth, probably modeled around another analog synth.

Absynth doesn't try to emulate analog synths, it is not virtual analog, and the waveform reflects this as a much more defined sawtooth. There's a small curve in the ramp though, and it is reversed.

Interestingly the most "perfect" sawtooth I sampled was from Sylenth1, a software synth that is marketed as virtual analog, but ended up being the most "digital" (considering the shape of the sawtooth and nothing more).

In note C0 with LPF:

In note C1 with LPF:

If you are interested in the reasons behind those "less defined" waveforms in analog synths, I've asked the question in the electronics stack exchange.

Sawtooth waves, triangle waves, sine waves, and square waves, and pulse waves of any particular duty cycle, all have precise mathematical definitions, so a "perfect" generator for any of them should yield equivalent results. In practice, sawtooth waves, pulse waves, and square waves cannot be reproduced quite perfectly because they involve an instantaneous "jump"; for that reason, many generators may replace the "vertical" edges with a ramp whose duration is a fraction of the wavelength. It would be possible to define mathematically a dual-ramp wave or trapezoidal wave (sawtooth or square/pulse wave whose vertical edges are sloped) with a particular rise or fall time, but that kind of "sawtooth" becomes a family of waves which are distinguished by the angle of the steeper slope.

Additionally, some "sawtooth" wave generators don't use a linear slopes but instead use the "sharktooth" ramps generated by resistor-capacitor circuits; these may be characterized by the ratio of the minimum slope to the maximum slope on the shallow side of the ramp, as well as the slope on the steep side. I'm not sure what kind of circuit the minimonsta is using.

Most analog VCOs generate almost perfect mathematical waveforms (almost because of minor instabilities/noise but its usually below -60db). But you don't sample VCO, there are many elements in the signal path.. Like high pass filters used to kill DC, usually after VCO, mixer, filter. What you see is just a high-pass filtered "perfect sawtooth". You can try this in any audio editor, just get a sawtooth wave and apply e.g. 6db high-pass filter at 3-30 Hz.

For most analog synth, and virtual analog synth reproducing the previous, the waveshape is not perfect, sometime, the wave doesn't look like what we think about the name of the shape. Because how they form the wave is not a perfect mathematic formulas.

The firts waves showed by JCPedroza, use the replication of analog oscillator based on the discharge of a capacitor linked to an alternative signal 0 V / + X V input ( square or rectangle ). The signal can be assymetric ( PW rectangle signal ), like with this saw waves, there is only one charge or discharge phase ( like a 99% PW ) .

the signatures of this : curves of the discharge/ charge of the capacitor.

if the capacitor is not enought fast to charge/discharge, there is an offset when the signal input switch the tension. you can see the last thing with the arturia's picture at the edges.

with this system, by playing with the charge/discharge speed, and the PW, you can create a wide range of waveforms.

Not the answer you're looking for? Browse other questions tagged synthesizer electronic-music synthesis or ask your own question.

11
How could you make instrumental sounds come out of a computer?
3
Are some synthesizers and keyboards able to interchange sounds?
7
How do multiple analog synthesizer voices work together?
11
Learning to Patch Synthesizers - “Synth Theory”
2
What contributes to the roughness of a sound?
2
Are there any function modulators/synths?
1
Electric piano synth patch
10
What exactly is the “cross modulation” on Roland Jupiter and JX analog synthesizers?
2
How to self-teach synthesizing sounds by ear
7
Synthesized polyphonic sound completely different from the “real” one