How does one analyze tricky time shifts?

It can be hard to analyze time changes if one isn't used to odd rhythms. If we take a section of the track Divine Moments of Truth by Shpongle as an example, since it's changing timing several times (almost like a cascade, unlike anything I have ever heard elsewhere), how would one go about analyzing it? It occurs approximately 2:10-2:40 in the track : Shpongle - Divine Moments Of Truth at 2'10".

So those 12 eighth notes (or triplets) are first divided over 4 beats of 3 notes, whereas later the same notes (now interpreted as sixteenth notes) are divided over 3 beats of 4 notes. So the constant melody remains the same but its rhythmic interpretation changes. 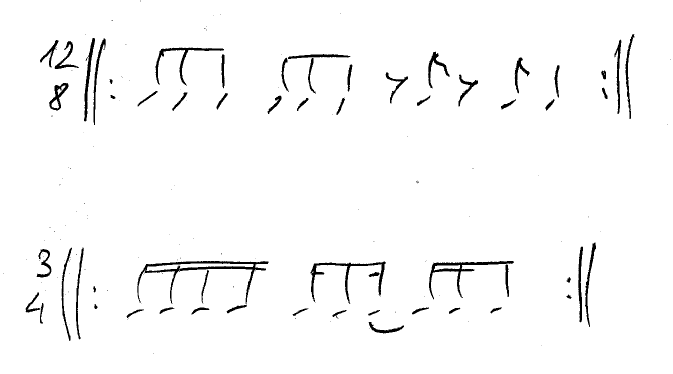 Not the answer you're looking for? Browse other questions tagged terminology rhythm time-signatures polyrhythm or ask your own question.