Why do I wear out the frets on my guitar faster than most other folks? Do I need a lighter touch?

I know all about the fact that the unwound strings on my acoustic guitars are steel and the frets are nickel. And I understand that fret wear - especially under the plain steel un-coated strings is inevitable.

But I seem to wear out my frets faster than anyone I know. They can only be re-dressed a certain number of times before they must be replaced and fret work is not cheap.

Next full re-fret on any of my guitars, I will pay extra for case hardened steel frets. And I rotate practice guitars so as not to wear any one particular set of frets out before the others. And only play stage guitars while performing live.

But in the meantime, what can I do to reduce the fret wear? Is my technique too heavy handed? In other words am I pressing too hard on the strings?

If that is a potential culprit, what can I do to develop a lighter touch? Are there any tricks or exercises I can try that could help me?

Things that will fret wear fast:

Once you improve your technique, you can ideally lower the action which helps you lower the pressure needed. 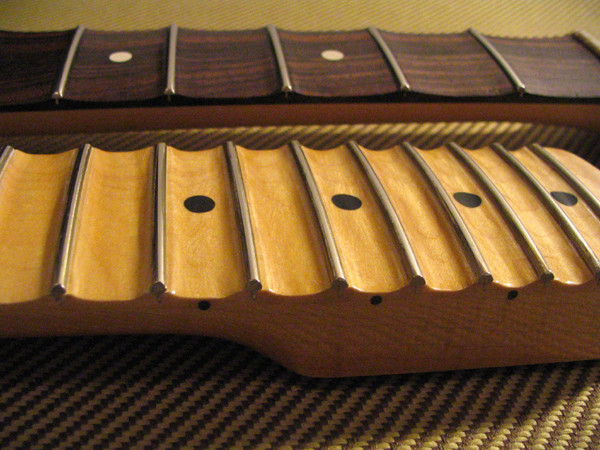 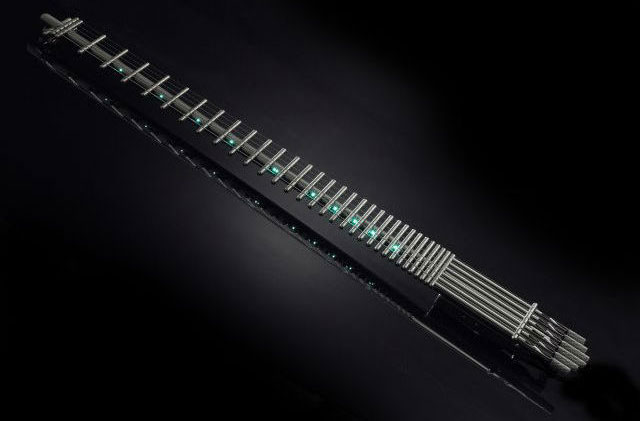 For years, I too wore frets out quite quickly. I learned how to refret my guitars because I couldn't afford to have it done every 6 months.

( I switched to using .008s for a while, while doing the below, because it required much less pressure. I also lowered the action on my guitar, to relieve the amount of pressure needed to clearly ring the note out. When lowering the action, strum some chords rather vigorously, to make sure that you haven't lowered the action too far causing the strings to "buzz" on other frets. Don't try to "kill" the strings when doing this because if you strum TOO HARD, the strings will always buzz out.)

I solved the problem by doing pretty much as listed above, playing without fretting totally, then applying more pressure until the notes were clear, but not trying to strangle the neck into sawdust. I played simple scale runs with a metronome, with just enough pressure to ring the note out clearly. As time and my ability advanced, I sped the metronome up, and improved my speed. I was playing with a lighter touch, and more accurately at the same time. I spent 2 - 4 hours per night, at least 5 nights a week doing this, and I had the guitar in my hands for at least 2 hours per night, 7 nights a week. I did not focus on the metronome, and touch pressure every night, I tested myself without thinking about it a couple of nights per week. I also recorded and played back to listen for bad picking, bad fretting and bad timing at least once per night, every night.

Within about 3 months, I had completely transformed my style - picking, timing, and fretting, all at the same time. It does take a lot of commitment at first, but the payoff is well worth it!

Remember : The key to fast, well defined playing is to play totally relaxed. If your fighting with pressure, you cannot relax. Smoothness is the key issue here.

Notes about the pressure you apply to the strings:

Strategies to reduce the pressure you apply to your frets:

7
Will steel strings wear out my nickel frets ?
6
Switching my strings from 10's to 9's - am I in for more fret buzz?
5
Is it possible for the unwound strings to wear faster than the wound strings on a Guitar?
8
Do most professional guitarists use string lubricant?
3
String buzzing even after straightening neck from shop
0
Right-handed newbie with dodgy left index finger tip (knuckle) - What to do?
0
Fret buzzing after set up
3
String muting technique for 4-8 fingered tapping
9
On instruments that use frets, where's the best spot to press a string on, in order to minimize hand fatigue and potential for injuries?
2
Normal fret wear or particularly low-quality fret wire?