What does this notation mean for the piano?

I saw this in Chopin's Op.25 No.12 etude and was bemused. On the next line, the asterisk reappears on its own. What is this called and what does it mean? 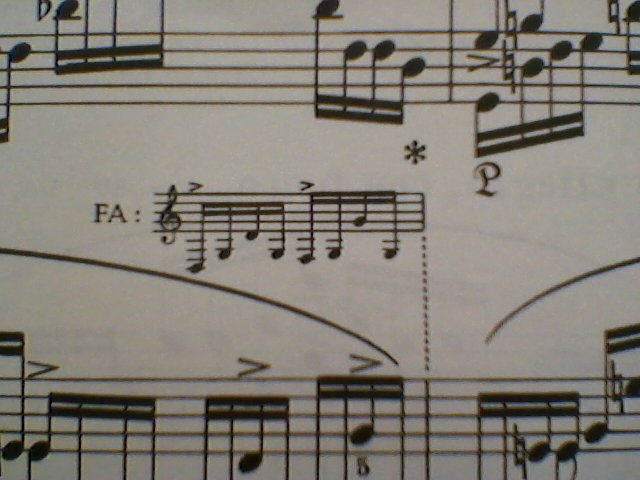 There are two unrelated things going on here, and I'm not sure which you're asking about.

The small bit of staff with the tiny notes on it is called an ossia. It goes with the staff below it, and gives you an alternative way to play that passage. In this case, the difference looks to be the location of the accented notes (marked with the > symbol), although I can't see enough of the passage to tell if there are any other differences. (Note: I do not know the meaning of the notation "FA:" before the ossia.)

You also reference the "asterisk" symbol. However, this goes with the staff above it, and is a pedal release marking. You can see that it is followed by a cursive "P" at the beginning of the next measure, which indicates where the sustain pedal should be depressed. It is then held until the next asterisk.