Symmetry Instead of Tonality

I have read about a different approach to music, the symmetrical approach of analyzing, that was after I listened to a the jazz standard Giant Steps and heard that the technique that is used in the song is also used as a special technique in jazz improvisation.

The piece have a lot of "weird" chord changes it almost has no specific scale. After digging here and there in Google I have found that this is a symmetrical approach rather a tonal one.

Apparently I and most of us use the "tonal" approach to analyse music and play.

Can someone explain for me the tonal and symmetrical analysis approach? and how they apply to the "Giant Steps" Jazz standard analysis.

Here is a quote from the site:

The chromatic scale is made of 12 semitones. When you consider this in a non tonal way, there are several ways to evenly split these 12 semitones:

These divisions are related to the modes of limited transposition, and when plotted on a circle of 5th or on a chromatic circle produce nice symmetrical figures.

The first part of the theme on the other hand is based on the "Coltrane Changes":

The second section of Giant Steps is based on | II-7 V7 | IM7 |changes separated by ascending major thirds:

My view (as a keyboardist) of the symmetric approach to Giant Steps is closely related to the circle of 5th / chromatic circle: I stop considering notes as tonal functions, and rather view them as intervals to a center which I mentally place at the top of the circle. This translates as patterns on the circle (or on the keyboard, but the keyboard looses the visual symmetries). Then rotating the circle by 1 major thirds gives a new set notes, but the symmetries are preserved.

I found an alternative to “tonal” progressions is to move by major or minor thirds leaps from and to major or minor chords. In a grid app like chordpolypad you can construct symmetrical chord layouts and experiment. 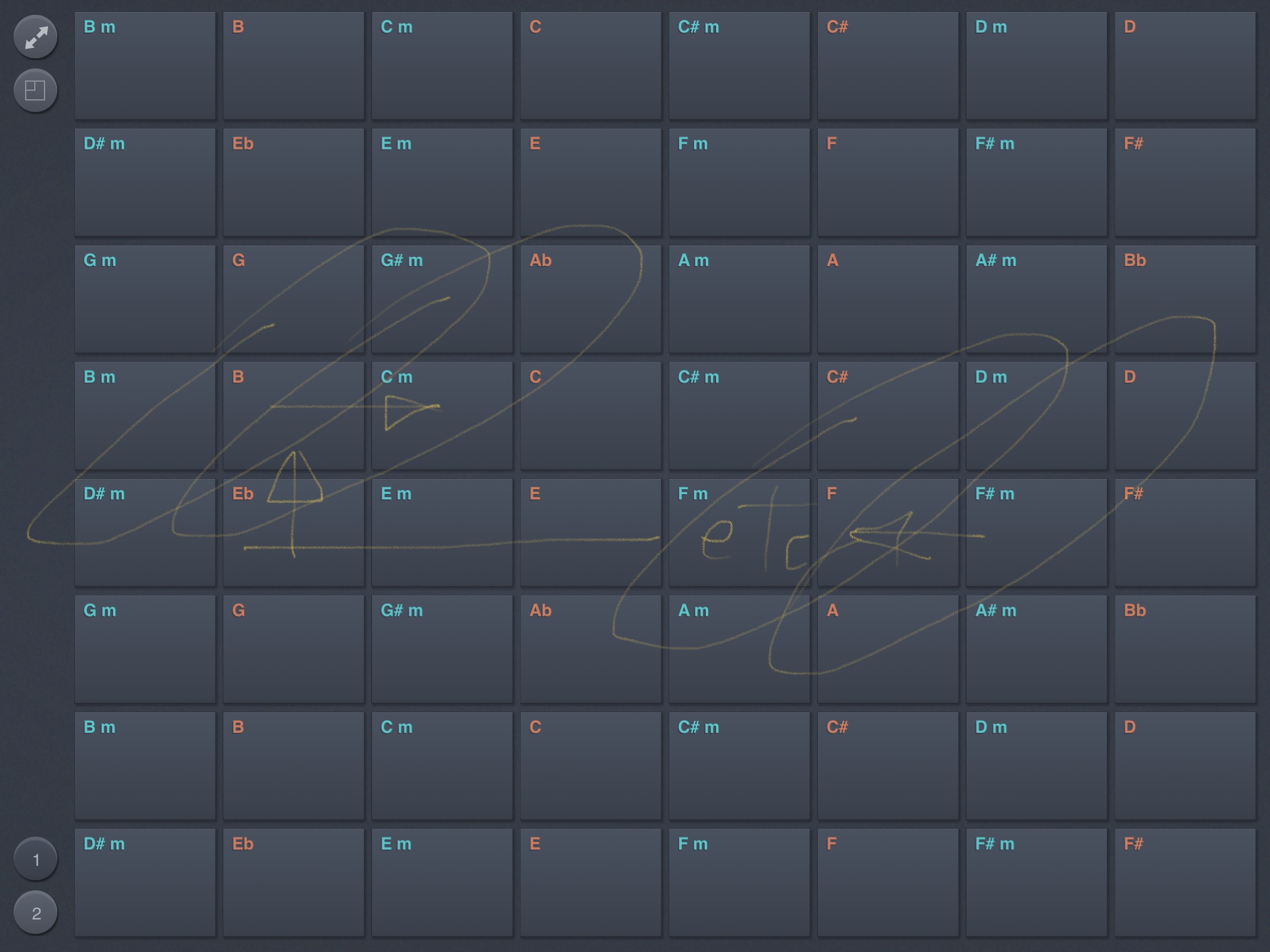 Not the answer you're looking for? Browse other questions tagged harmony jazz analysis or ask your own question.

20
What is a multi-tonic system?