Roman Numeral Analysis of Chords Outside Of The Key: C7 in the key of E major

I'm completing a roman numeral analysis in E Major, but there's several chords marked out that fall outside of the key - either with an accidental that shouldn't be there or they're marked as minor.

How how does this affect my analysis? Should a C7 still be chord vi7 without the sharp? 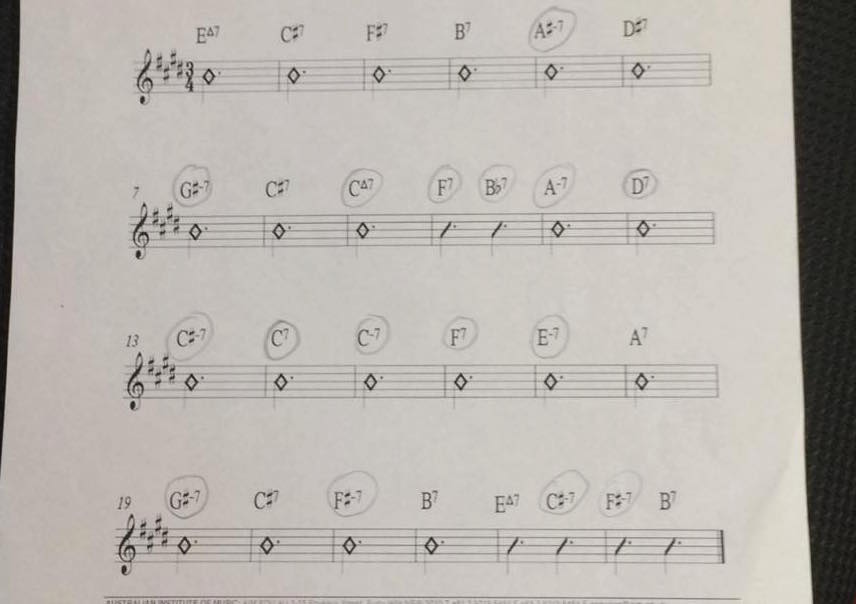 Everything you analyze in roman numeral analysis needs to reflect the key you are in and where the chord comes from. If the chord is not in the key, it needs to be marked appropriately. There is no scenario where you would mark a C7 as vi7 in the key of E major because:

So if the C7 was considered a borrowed chord was functioning in E major it would be shown as bVI7, which is very unlikely because of the dominant nature of the C7.

The most likely scenario is you are modulating to either F major or F minor. In either case the chord would be seen as a V7 in each key. Most likely it would not be a secondary dominant because F is not in the key naturally. If it was however, it would be analysed as V7/bII.

There are a few more possibilities that are a little more involved. The chord itself could be part of a sequence where there is some kind of pattern being repeted over, and over agian to take you from one idea to another. Most likely in this case you would analyze it as a modulation. It could also just be a passing chord in which case, you don't analyse it because it is not functioning as a typical chord in the key.

Chords outside the key that you find within a piece of real-world music are called Secondary Dominants or Borrowed Chords. Or in some cases the music may temporarily modulate from the main key into a related key and then back to the main key again. In that case you would see several chords in sequence that outline the modulation to the different key.

There are sections in all the music theory textbooks about how to analyze modulations, secondary dominants, and borrowed chords.

A chord analysis has less to do with the the chords that are traditionally at each tone degree and more with what notes you see in front of you. Yes the Sub Mediant chord in a Major scale is a Major chord but what happens when an accidental is used and this chord does suddenly not conform to the norm?

You need to be able to look at any chord and tell me is it Major / minor / Augmented or Diminished and also know the inversions of the triads and the quadtats.

Not just take the easy way out and memorise the standard chords in Major keys and assume all of them are always going to be the case.

There is so little to gain from a roman numeral analysis of this excerpt as it features so many transient modulations, cycles of secondary dominants, and non-functional harmony. I'd argue that, although there are elements of tonality, it is essentially non-tonal. It is simply not the type of piece to which you apply a roman numeral analysis.

C7 is the dominant of the Neapolitan in E major.

As a contrary to the selected answer, allow me to illustrate how the first 4 chords are perfectly functional in the key of E

Not the answer you're looking for? Browse other questions tagged theory chords analysis roman-numerals or ask your own question.