Notated With a Slur, But Played Without Slur

I just got sheet music for Mack the Knife and in the 3rd bar, there is 2 eighth note C#s, then 2 eighth note Cs. Everyone in the band tongued it, and the recording sounds like it was tongued too.

Why? And why not notate it as a slurred quarter C# and a quarter C?

This is the measure: 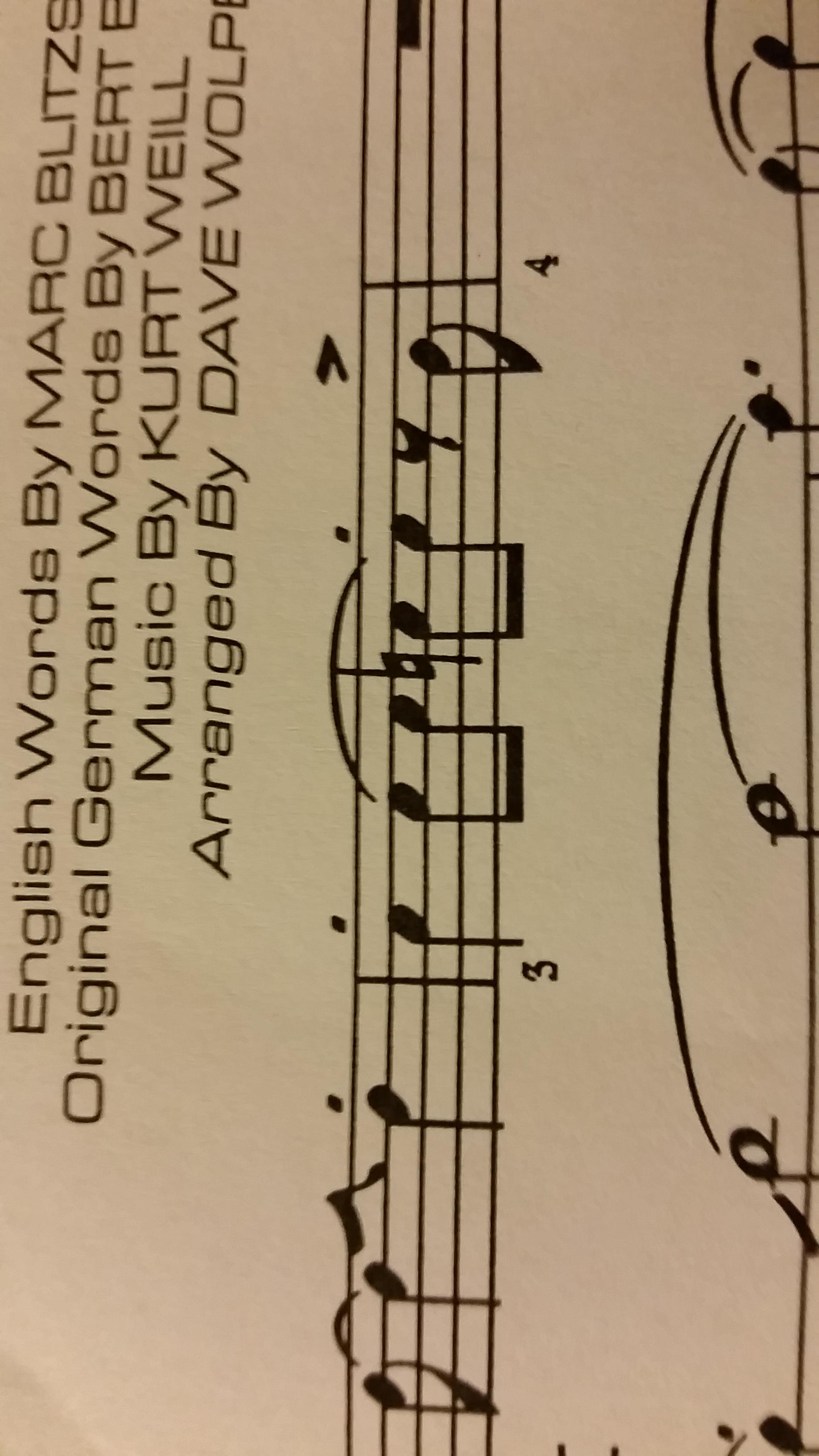 Well, it wouldn't make sense otherwise, would it? It can't be a tie since those are only between two adjacent noteheads (which need to have the same pitch and would not be used to connect two eighth notes when the first is on the beat: you'd just write a quarter), so one wants to hear four notes.

8
Notes don't add up to time signature
3
How to play eighths (quavers) interspersed only with quarter notes (crotchets) in swing time
7
How to clearly notate tuplets, both “simple” and “complex,” in irregular meters
10
Meaning of dots below note heads
1
How to rewrite this rhythm from common time to 12/8 time?
4
Why’s there a rest over this note in “The Easy Winners” by Joplin?
4
In percussion notation, how does one interpret a slurred tremolo?
3
Notes with different duration on the same voice
1
I don't understand this rhythm notation