I've been working on this analysis as some of you may have seen in other questions. It's my first non-super basic analysis so I've been really really struggling. I've attached a scan of where I'm up to, ignore the little section I've put in a bracket with Bb under it, that was me guessing at what that section may be. The key is E Major.

I also need to do a "symbol analysis" which is basically indicating resolutions, tonic to subdominant, tonic to dominant, subdominant to tonic, etc. etc. I assume I can figure out this part fairly easily once I have correctly identified all the numerals. 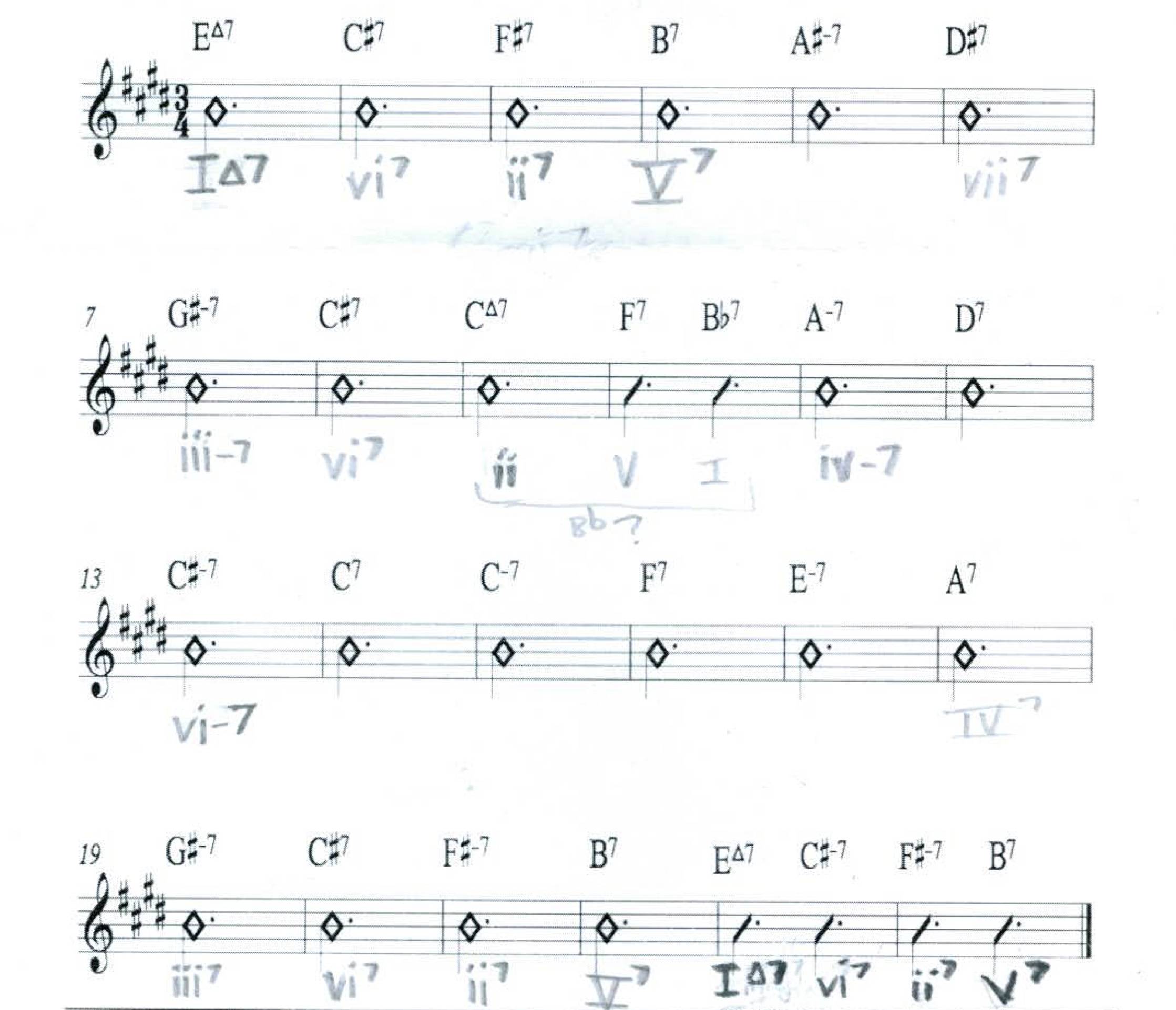 First of all it's important to point out that there is no modulation in this exercise. There are many chords that do not belong to the key of E major, but they all just pass by, leading to the next chords and so on until we've finally returned to E major. No stable new tonal center is being established.

There are several approaches to such an analysis, but I'll show you how I see (and hear) this (quite artificial) progression:

Now we said that the B7 chord is the V7. True, however, it leads to A#m7, so even though its a priori analysis (i.e., not knowing what comes after it) is V7, its a posteriori analysis (knowing where it leads to) should be different, because it functions as a tritone substitute for the secondary dominant of A#m7. You can call it subV7 with an arrow attached to it leading to the next chord.

Next it's important to know that any dominant chord may be preceded by its related IIm7 chord. Together they form a II-V unit which you see all over the place. Concerning II-V units, please also have a look at this answer. The V can resolve down a perfect fifth, or it can resolve down a half step if its a subV. It can also resolve to the next V7 chord, even though the latter is preceded by its related II chord. An example of the last case is the C7 chord in bar 14, which does not directly resolve to Cm7, but to the F7 chord in the next measure. In this case the Cm7 just delays the resolution.

6
How common is it to omit the I in II V I cadences in Jazz?