What do these unusual time signature symbols mean?

I have been studying advanced music theory lately. Having explored a wide range of musical symbols, I was surprised to encounter the following time signature symbols I've never seen before in MuseScore whilst changing the time signature. 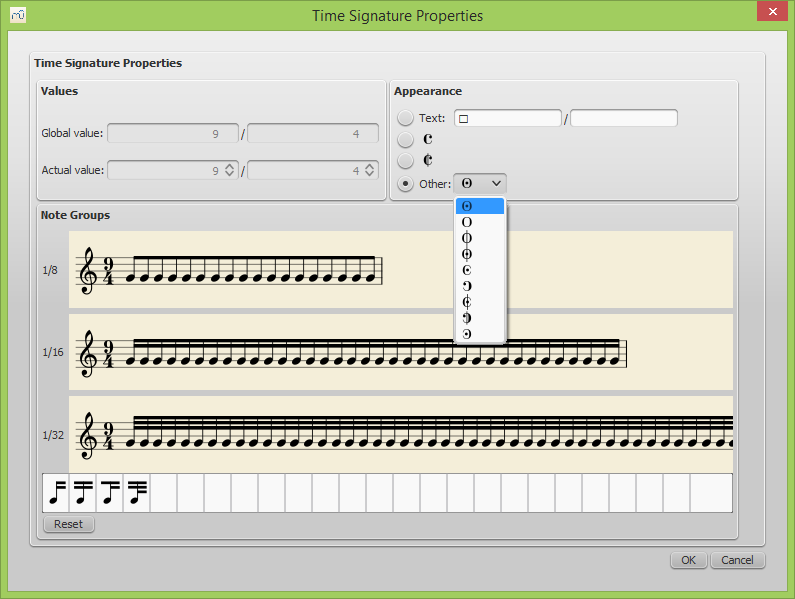 I am familiar with the common time

time signatures but not the ones above.

What do the Ɵs, reversed ↄs, and other symbols signify?

These are mensural time signatures. Before I explain their general meaning, I would just note that these signatures should not be used without extensive explanation unless you're notating specifically for an early-music group. They are not often taught outside of grad school History of Theory type courses.

Mensural music was composed in Europe during roughly the 1300s–1500s. Although there were no barlines (or scores, for that matter), there was a hierarchy of note values and a sense of what we would call metric structure. Mensural notation and music is a direct predecessor to European "classical" music in this regard. Much like modern notation, they used symbols at the start of a piece to define the overall meter and subdivision. That's what we would call it, but they called it tempus and prolation. There are many subtle differences that I'm not equipped to discuss, but, at least in a general sense, "tempus" told you how many beats were in a "bar". There were two possibilities, either the tempus was perfect and there were three beats in a "bar" or it was imperfect and there were two. Perfect tempus is indicated by a complete circle while imperfect tempus is a semi-circle. "Prolation" told you about the subdivision of those beats: major prolation meant the beats were subdivided in 3s while minor prolation meant duple subdivision. A dot in the middle of the tempus circle/semicircle indicated major prolation while no dot indicated minor prolation.

To quote from the competition: those are mensural time signatures.

Basically, they are symbols from an earlier time period where notation values tended to be more ambiguous but still more rigid than Gregorian notations. Of the mensural time signatures in use then only the ones for 4/4 and alla breve have survived in modified form. All the others are now represented by numeric fractions.

Not the answer you're looking for? Browse other questions tagged theory notation time-signatures or ask your own question.