How to play "Moonlight" sonata with pedal 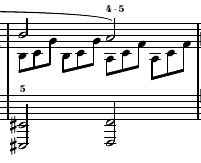 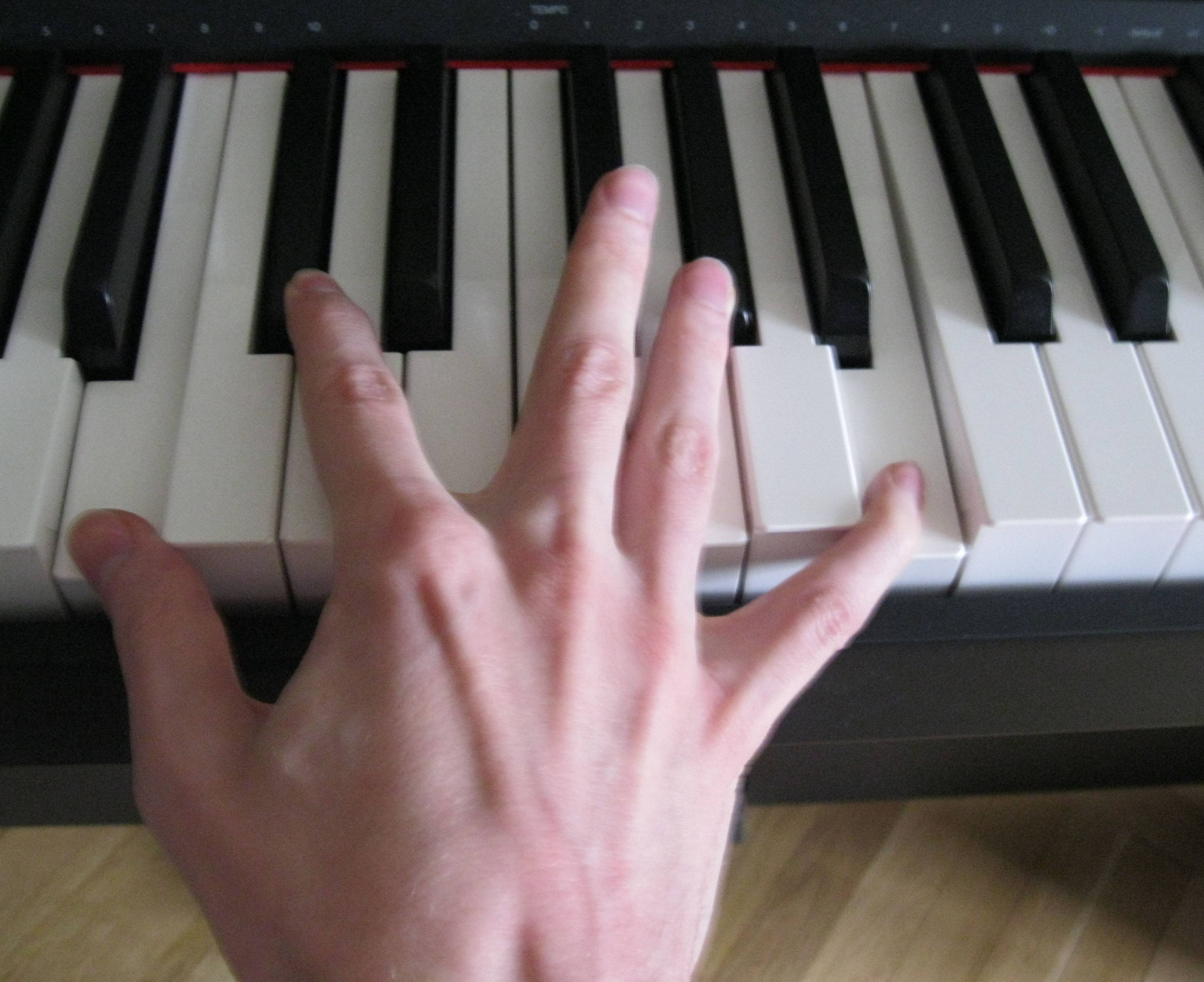 The hand is definitely overstressed. Plus I am inadvertently pressing the G key in order to press G#. I watched this video about playing the sonata with pedal.

What is the correct way to play it with pedal?

It's only an octave stretch, which is OK for most people - but in the photograph your hand is in a bad position with the palm very low and close to the keys, and the fingers arched upwards in an attempt to clear them.

Your third (ring) finger in particular is pressing a white key in trying to reach the black.

Most sources suggest the seat should be set so the elbows are a little above the key tops, so the palms are above the keys and the fingers curve down smoothly to the keys. Having the hands low and arching the fingers up as shown in the picture looks very restricting to me.

I'd suggest searching around for the vary basics of playing position before you try to play this piece further.

Pedal is irrelevant at the moment, don't worry about it. (But note my score says the pedal can be held continuously for the entire movement...)

'Anytime' a chord changes you have to release the pedal...

Now the Octave B-B 'floats' and your right hand can have its relaxed position for the triad of the accompaniment.

In the very bar you mentioned you have to do the same on beat 3, too - that's the trick - no stress for the right hand at all...

That is what is supposed to happen. In the first edition, Beethoven's instructions at the start of the movement were "Adagio sostenuto", "Si deve suonare tutto questo pezzo delicatissimamente et senza Sordino", and "Semper pianissimo e senza Sordino" - i.e. he says "keep the sustain pedal down continuously for the whole movement" twice, but that doesn't work on modern pianos which sustain notes for much longer than pianos in Beethoven's time.

I suspect your hand position is wrong (as the other answers describe) because you are trying to hold down all the notes but your hands are too small. But the pedal holds the notes for you, so your fingers can let go.

The "4-5" fingering on the A in your score implies that the editor wants you to hold down the top notes, which is a good idea psychologically (even though it doesn't make any difference physically when the pedal is down) because it makes you focus on the melody part rather than all the notes in the triplet accompaniment. If your hands are too small to stretch the 7th C# to B with 2-5, play the C# with your thumb. The pedal will cover the "gap" when you move your thumb from B to C#. "Jumping" between notes with your thumb is much less important than not accidentally playing extra wrong notes like the G natural.

Don't hold the RH bottom B! Release it as soon as you're done, let the pedal carry it through, and relax your hand to play the other two beamed notes in that group.

Not the answer you're looking for? Browse other questions tagged piano technique keyboard-pedals moonlight-sonata or ask your own question.