After learning more about the minor mode/scale (the terms seem to be used interchangeably when talking about Aeolian, but not the other modes ...), I see that it comes in a few flavors. Natural minor, melodic minor, harmonic minor. It also has modes of its own. 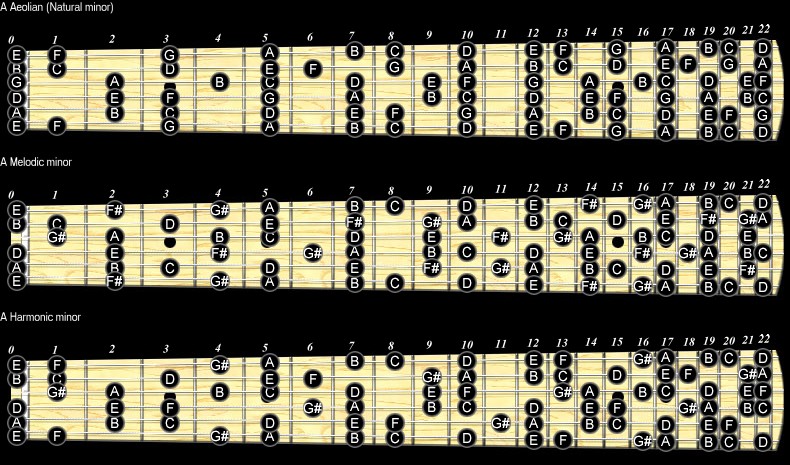 9
Why are the harmonic and melodic minor scales called what they are?

6
What is the difference between a dominant scale VS a mode?
26
Why is the aeolian mode the minor scale?
11
Do modes exist in the harmonic / melodic minor scales?
1
Melodic Minor Modes
5
Distinguishing the semantics of modes and scales. When to say scale vs. when to say mode?
2
Modes of the "major scale" or modes of the "diatonic scale"?
3
What are the modal characteristics of major modes?
1
A natural minor scale with raised fourth
3
Does the 6 in minor come from dorian mode or from the melodic minor?
4
Categorizing modes of scales other than major scale