I would like to use Roman Numeral notation for songs and do not know what to do when the piece transitions to a new key, i.e., from C to E flat major. I know this is basic, but do I try to use the Numerals for the original key, or the new key? The transition is all within the original key. An example song: We'll Be Together Again, in C major. How do you notate the transition chords to E flat?

You would have to indicate the change of key by using the letter names of the key you are going to and you also indicate whether the key is Major by the use of a capital letter and minor through the use of lower case letters.

So you can for instance have the following. (assuming we have to do with Major keys here.)

For the first 4 chords in the second line here: 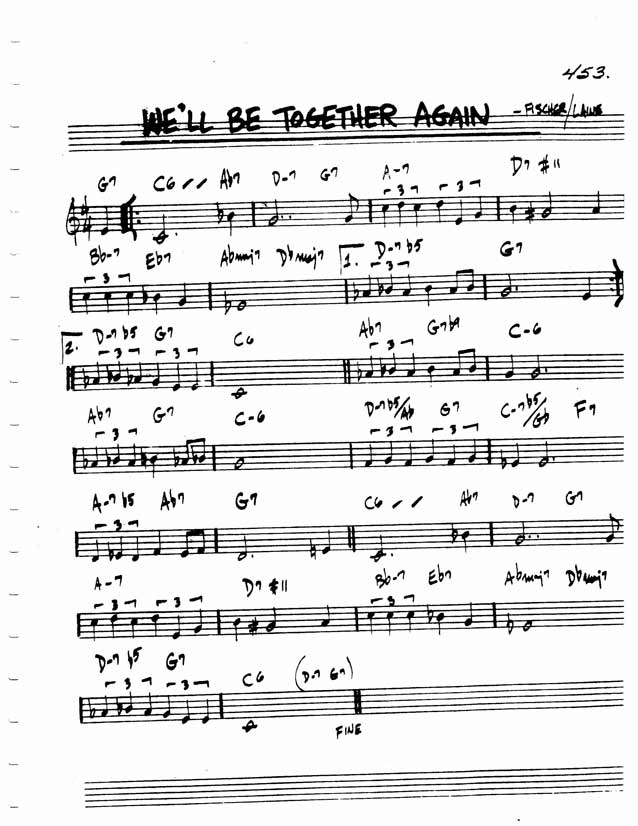 You could use the roman numerals:

If you are staying in the same key then bIII will be Eb major biii Eb minor. A Neapolitan 6th in C major would be Db/F bIIa I believe. I am sorry about the b representing both flats and second inversion chords here.

11
“Standard” drum notation alternatives
5
Standard notation for an octave
0
Is there a way to notate alternative transitions between 2 sections of music?
4
Roman Numeral Notiation - Chords not in the key
10
Roman numeral chord notation in minor scale?
8
What are the diatonic extended chords of C major?
1
Rules for naming borrowed chords in roman numeral analysis
4
Diminished 7th notation, match the key or key signature?
3
Minor Key (and other key?) Roman Numeral Analysis