I want to record live shows which usually mainly includes 1 or 2 guitars and vocals. I have a Scarlett 2i2 audio interface and the mixer is a Hybrid SM802MS. What would be the best way of doing this? Any help will be appreciated.

There are several ways to accomplish your goal.

Here is what I would try first. Connect the SM802MS to the Scarlett 2i2 audio interface using a 1/4 inch male TRS to Dual Male RCA Cable like the one pictured here: 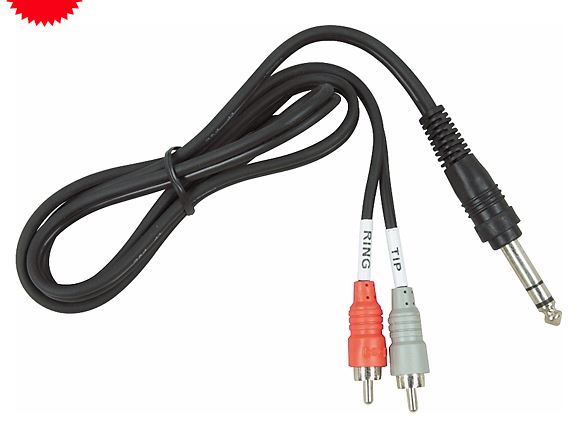 Connect the RCA pins to the RCA output jacks on the top right of your mixer. Be sure to use the output vs. the input. Plug the TRS plug into either one of the Neutrik Combo Insert Sockets on the Scarlett 2i2. Set the LINE/INST switch next to the socket to LINE to tell the 2i2 that you are using a TRS balanced plug vs. a standard TS instrument cable.

After you have connected the mixer to the interface, set your gain control on the 2i2 to prevent clipping. Now you should be all set to record the signal from your mixer into your DAW on the computer you connect via USB to the 2i2 interface. 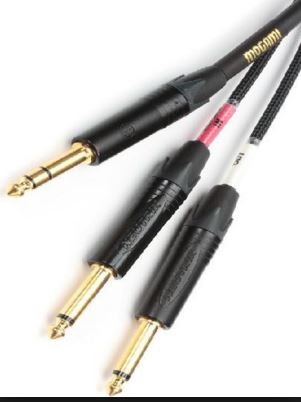 EDIT: It is not common to attempt to create a stereo image in a live mix since only the audience sitting between the two mains stacks or speakers would benefit and the audience to the left and right of center would miss part of the sound on stage. But if you are using stereo effects in your live mix and you want to capture those effects in your recording, you could use a Dual Male RCA Cable to Dual Male 1/4 inch TS cable (pictured below) and plug one 1/4 inch TS plug into each of the two input sockets on the interface.

The best way in my experience is to setup a stereo mic in a good sounding place in the room and record the sound. You will get the sound as the audience hears it, and a bit of the audience reaction as well. I would start high, possibly hanging from the roof and say 3 to 7 meters in front of stage. Not close to any wall or loudspeakers.

Catching the output from the PA mixer in my experience sounds simple does not give anything pleasant.

There are special stereo mics, or you could use on of the standard setups using two microphones. You record Left and Right signal.

The most used setup, and often a good start, is to use two cardiod condenser microphones. You point the business end of the mics towards the stage and put them a bit apart. A typical starting point may be the ORTF setup (named after the french state radio). It specifies 17 cm between the business ends (where the sound enters) and 110 degrees between the direction. It looks sort of weird the first time, but actually works. But you could be further apart with the mics, aiming for a say 30cm of a foot and a bit less angle. Google for DIN microphone setup.

Or simply try it out.

Not the answer you're looking for? Browse other questions tagged recording live mixer or ask your own question.

3
Recording Black Metal
3
Can I record more than 2 tracks at once using a Behringer Q802USB?
2
Connecting analogue mixer console to FL studio
0
Recording a guitar, a Bass and one (or two) micro by scarlett 2i2 and Xenyx Q502USB
1
How to Hook up M-Audio 2x2 Mtrack with Yamaha MG10XU MIxer for recording via laptop
0
Basic Home Rec Set Up
0
How to send audio from Yamaha MG16XU to Scarlett 2i2?
2
How to record my Yamaha ydp 143 digital piano with a Focusrite Scarlett solo audio interface?