Is this old, possibly Musima classic guitar worth keeping?

I got a 1960-something Musima classic for 40 dollars on a flea market, I believe it is a classic (I can't find any information on the guitar anywhere, but it looks like a musima classic) but the fretboard is ripped up a bit and the tuning cogs are broken on the first string.

Is it worth it to restore or should I throw it away? 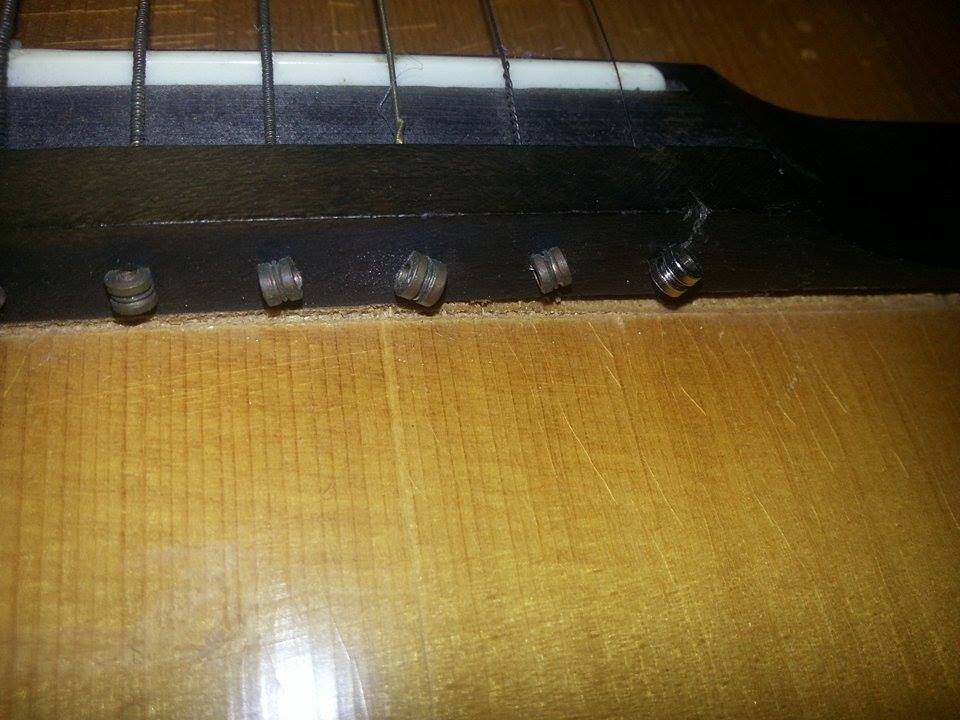 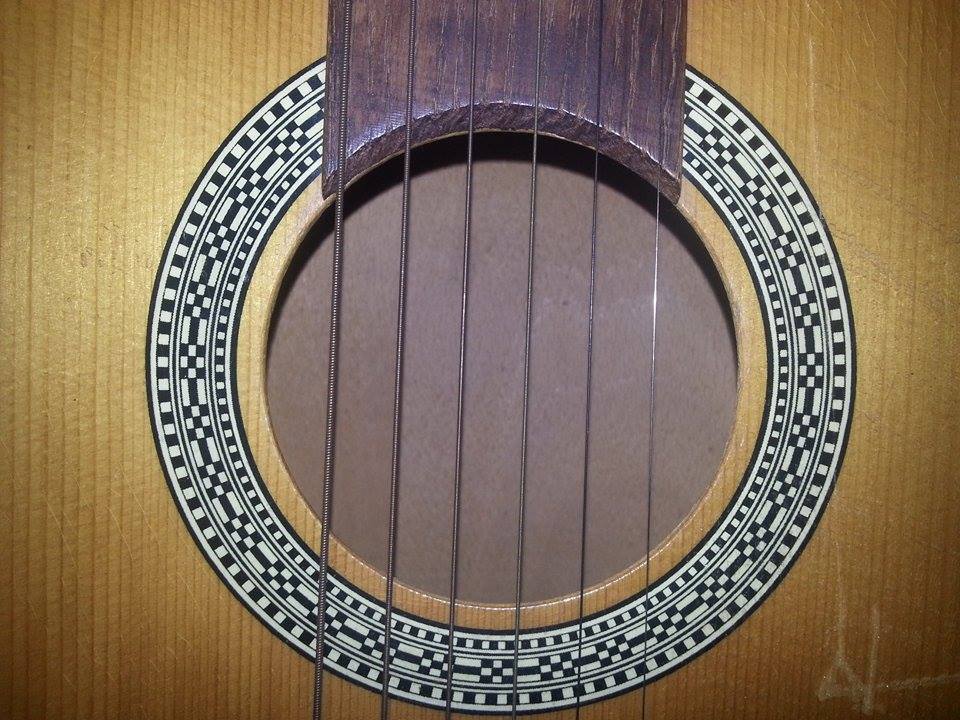 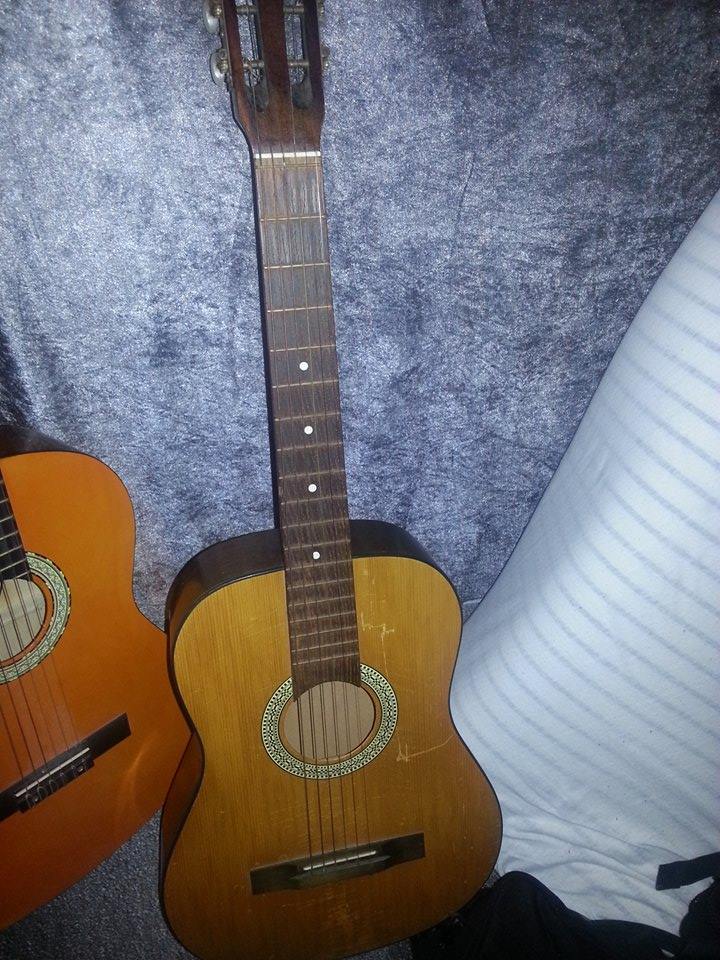 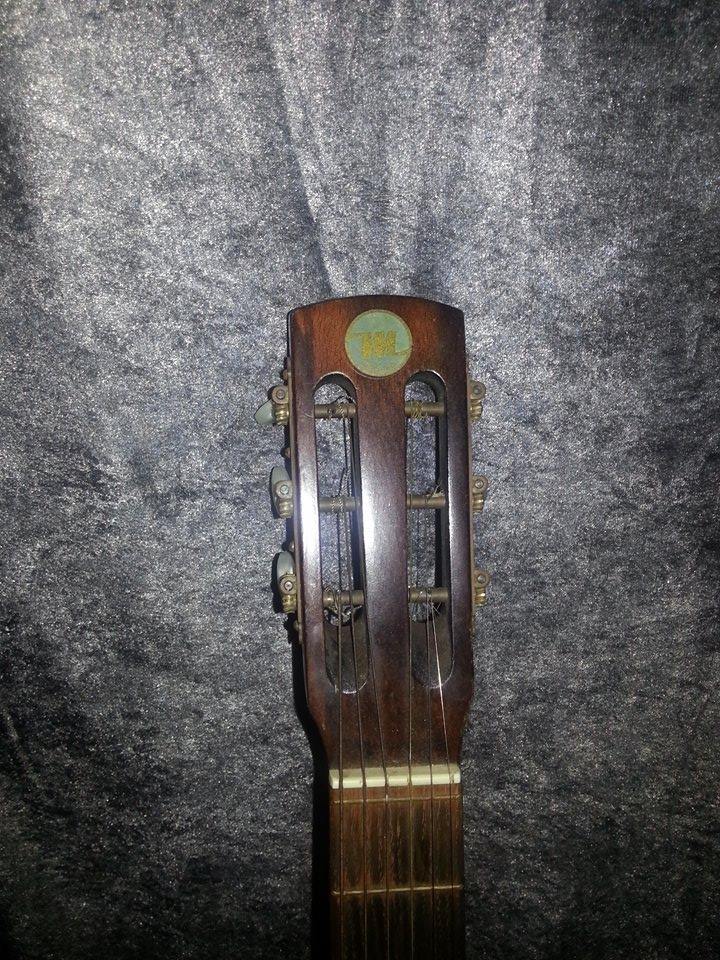 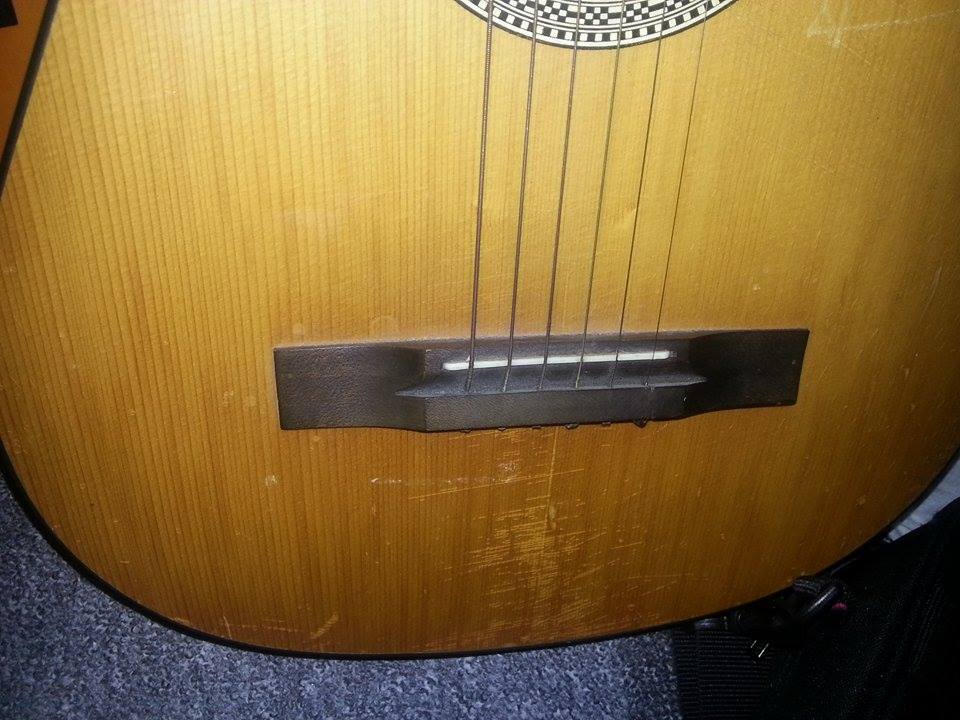 From the pictures you've posted, it seems to be in good shape. A lot(!) of scratches on the soundboard behind the bridge, but no obvious problems.

I can't be sure, but the soundboard (lighter wood on the top) seems to be solid timber all the way through - meaning it's possibly one-piece, better than the thin plywood like you get on more modern cheap guitars.

It has a zero-fret which is unusual (though note, this is not a bad thing); I've read this is often seen on older European-made guitars though I'm not an authority on that. (Some people will tell you a zero fret is a bad thing - but that's a myth, they're fine if the setup is OK.)

It may be possible to replace the tuner - they're usually supplied as two plates with three on each, but the size and the distance between tuner shafts and between fixing screws sometimes varies, so if replacing it you should check the tuners against the guitar when buying...

So: I wouldn't know about any value to collectors (I'm not one) but if it plays OK I would certainly keep it.

One thing I'd look out for: it appears to be a classical-style guitar, but it looks like it's wearing steel strings. These probably have higher tension than the more usual nylon-style strings fitted to classicals. So if you tune this up or put new steel strings on, beware of putting too much tension on the bridge and soundboard. (I'd recommend classical guitar strings if you want to replace the ones it's got.)

Without seeing the guitar it'd be hard to tell. It would cost quite a bit to fix the issues you mentioned. I think the best thing would be to take it to an expert and see if it's worth anything. Keep in mind that it could be simply a 40$ guitar.

Another thing to consider is its sound. Do you like it? If you do, you should repair it and keep it.

as far as i know, musima is an old, not more operating manufacterer from the so called 'Deutsche Demokratische Republik / DDR' - German Democratic Republic. I got one by myself. The guitars are nothing special, excluded their historical value for some people i guess.

Im a classical guitar player and yes it is in decent shape. But something music be done inorder to make it sellable a) if you do nothing but this FIX THE TUNING COGS without these functioning it renders the guitar basically useless b) change the strings they are old and worn out also, they are not for classical guitar. The steel strings will cause extra tension on the fretbpard causing it to spoil pretty quickly

If it is a solid top guitar you are in luck. Solid top guitars sound better the longer you play them for due tp the vibrations you create by playing the strings. If you have been playing it should make your guitar sound much better. The fretboard is just pointless to repair it playable it will do for a newby/intermediate. Many people are often concerned about the appearance of a guitar. These are not lacquer cracks but actual dents and scratches in the wood you could easily fill them in. You may get a bit more for the guitar. Do not get a proffessial to do it they will charge a fair amount and looking at how much you could make it may not be worth it. Do it yourself and if you screw it up oh well. Good luck! Source : 9+yrs playing the classical guitar

Not the answer you're looking for? Browse other questions tagged guitar acoustic-guitar instruments classical-guitar or ask your own question.

1
Dealing with over sensitive tuning knobs
2
Is this old Soviet era guitar worth keeping?
0
Fret buzzing after set up
3
Why does the classic guitar have a body with that specific size and shape?
4
Fretted notes consistantly ~10cents sharp across the fretboard compared to open
3
First Fretboard Location of a Song on Guitar
4
How much is nut-width and neck-width a worry for finger-style playing?
3
G-D-A naming convention
1
How to prepare an old child guitar?
2
Guitar making a weird sound