In Prokofiev's Piano Concerto No.3 Mov.3 towards the end there are some parts with a glissando with doubled notes from 7:30 onwards of this video.

It's played by Martha Argerich. I've also watched another video (here and here) of that concerto where you can see her play it.

My question is now, how can these notes be played? Even after watching her a few times I can't figure it out how she does it because of the bad video quality. It doesn't even look like a glissando the way she does it (at least after my perception of what a glissando looks like).

While I don't say that it is easy (and I'm not even going to try to do it myself), you'll notice that all the notes are on white keys. The usual way to play these is to play between two keys with one finger, striking the two notes at once. (Prokofiev loved to do horrible things like this.) As A. Jiménez says, it's not a glissando; you can't do this by sliding your fingers across the keys.

I looked more closely at the link, and I notice that this is the way the fingerings are marked on the score as well.

Well, it's not a glissando. That passage mimics in some way the effect of a glissando, but definitely, it's not. One way of percieve it, it's that not all notes are double notes, but there's an alternation between single and double notes, which makes it impossible to play using glissando technique.

Now, how is she able to play that passage? Marta Argerich is an outstanding pianist with an outstanding piano technique. And that's what that passage requires: a highly trained technique. I've never played Prokofiev's Third Piano Concerto so I can't do the fingering for that particular passage, but it reminds me to certain parts of Ravel's Jeux d'eau. At 0:50, you can see a passage where the right hand arpegiates playing double notes. That's usually played letting finger 1 play the lower two notes, and then 2-3 for the next two, 4-5 for the other two and then arpegiate. That's what I think the performer is intended to do while playing that passage in Porkofiev's Concerto, but with the added difficulty of playing double notes with both hands at an almost unhuman speed.

Not that I'm saying that double notes can't be played on a glissando. In fact, Ravel includes that technique a lot on most of his piano compositions, as it's shown in Ondine on his Gaspard de la Nuit, or in Alborada del Gracioso, where Richter looks like he plays those glissando almost effortlessly. 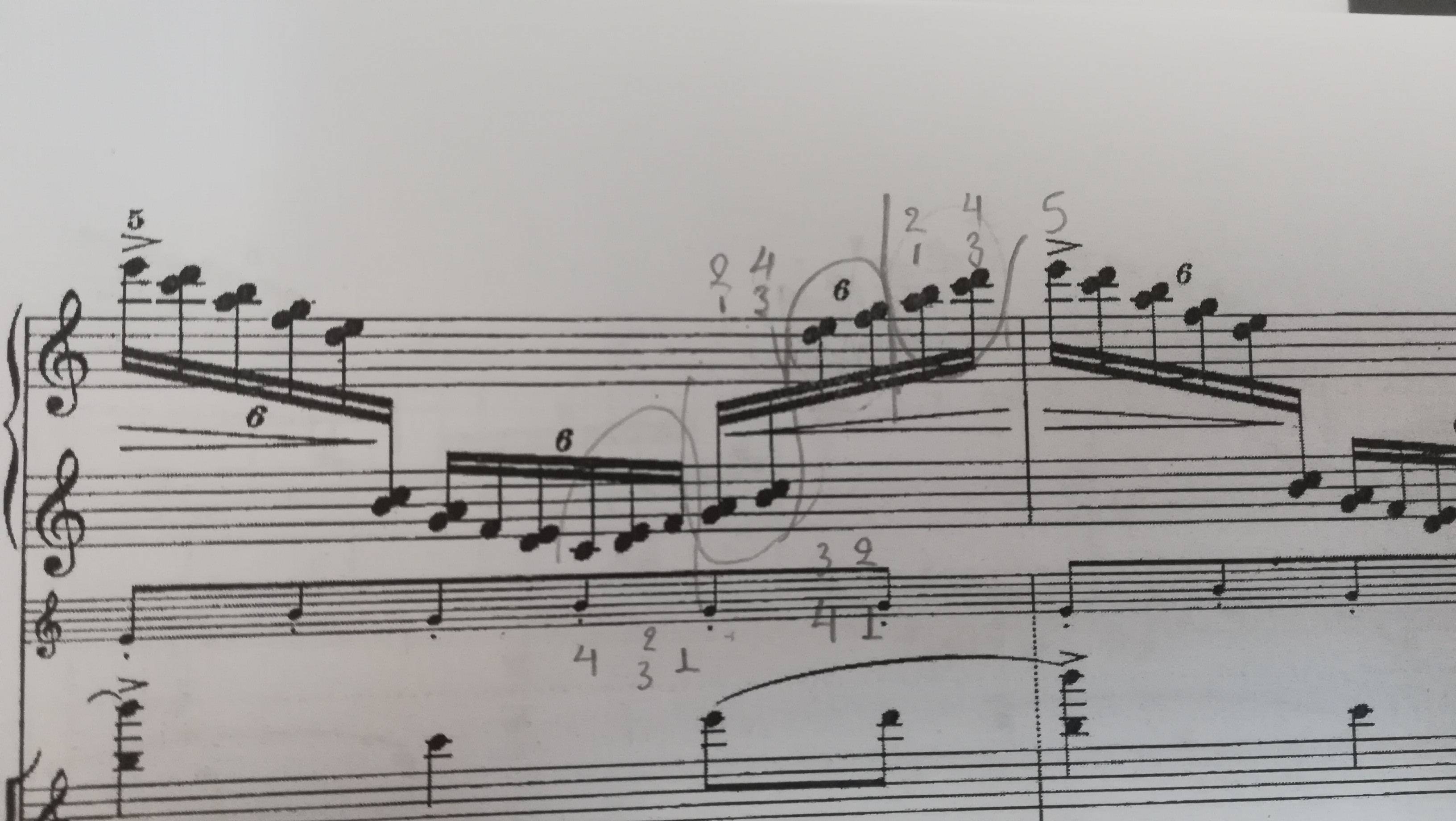 Maybe, the use of the first finger for double notes is better. 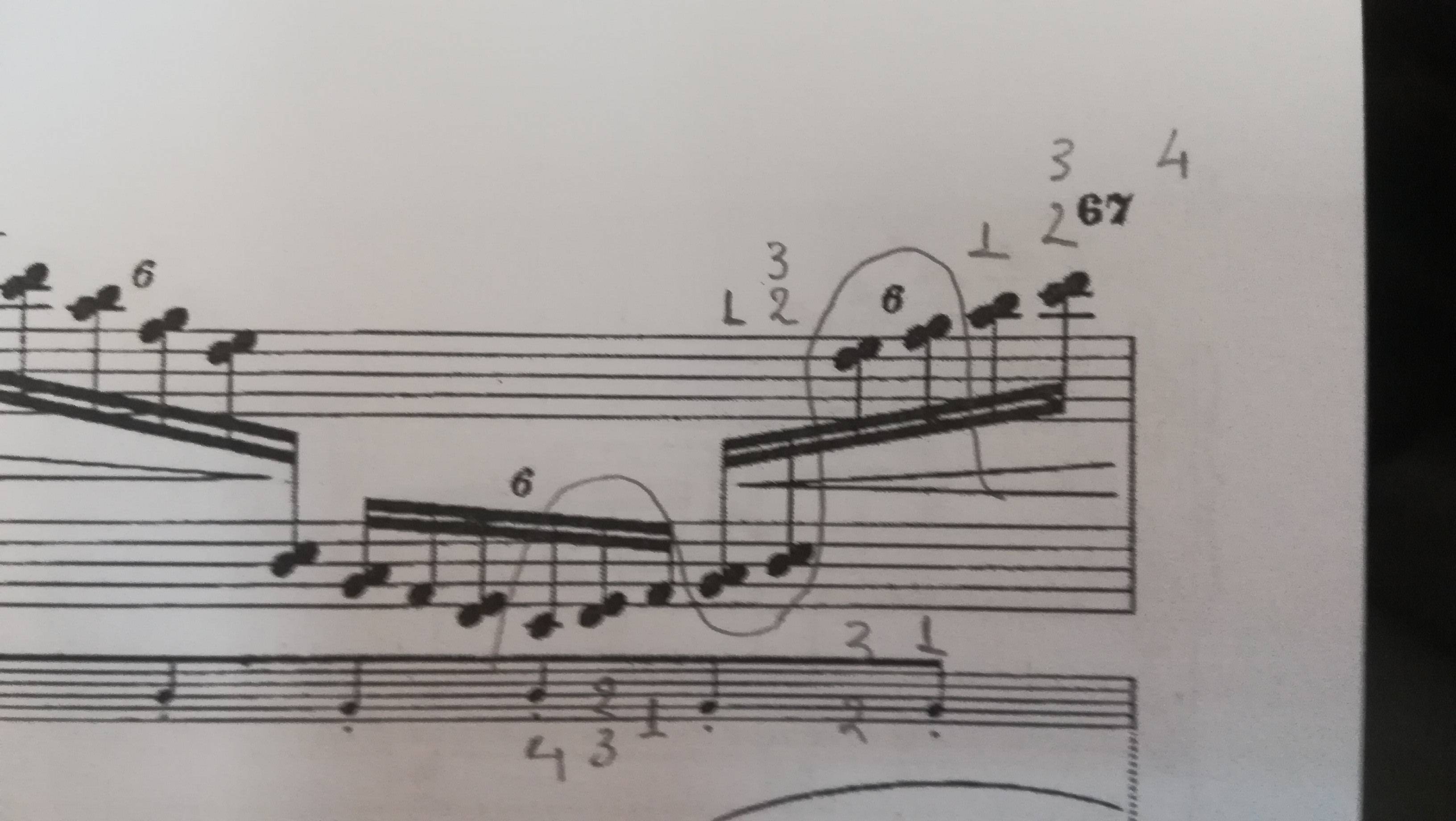 The above is not correct either particularly for the left hand. There are NO double thirds played (2/5 to 1/4). Double thirds are not part of the written arpeggios anyway. Two notes with an interval of a second are played with ONE finger. Remembering that, the arpeggio can be worked out by crossing hands as does Argerich and many others. A GLISSANDO is not acceptable.

Not the answer you're looking for? Browse other questions tagged piano technique glissando or ask your own question.

2
Piano Concerto Evolution
4
Is Warsaw Concerto a piano concerto?
2
How should I play/phrase an anacrusis (aka pickup)?
2
Transcribing piano from recording when available recordings are poor
2
Need Help with Trumpet Lesson and Piano Chords
2
Descending trill in Chopin's Military Polonaise?
1
How can I get back into piano after a 5 year break? (Story)
3
Chords in Rachmaninoff's 2nd piano concerto