How can I overcome '8va' for a few notes?

Let's say I have a whole passage marked with 8va, like below: 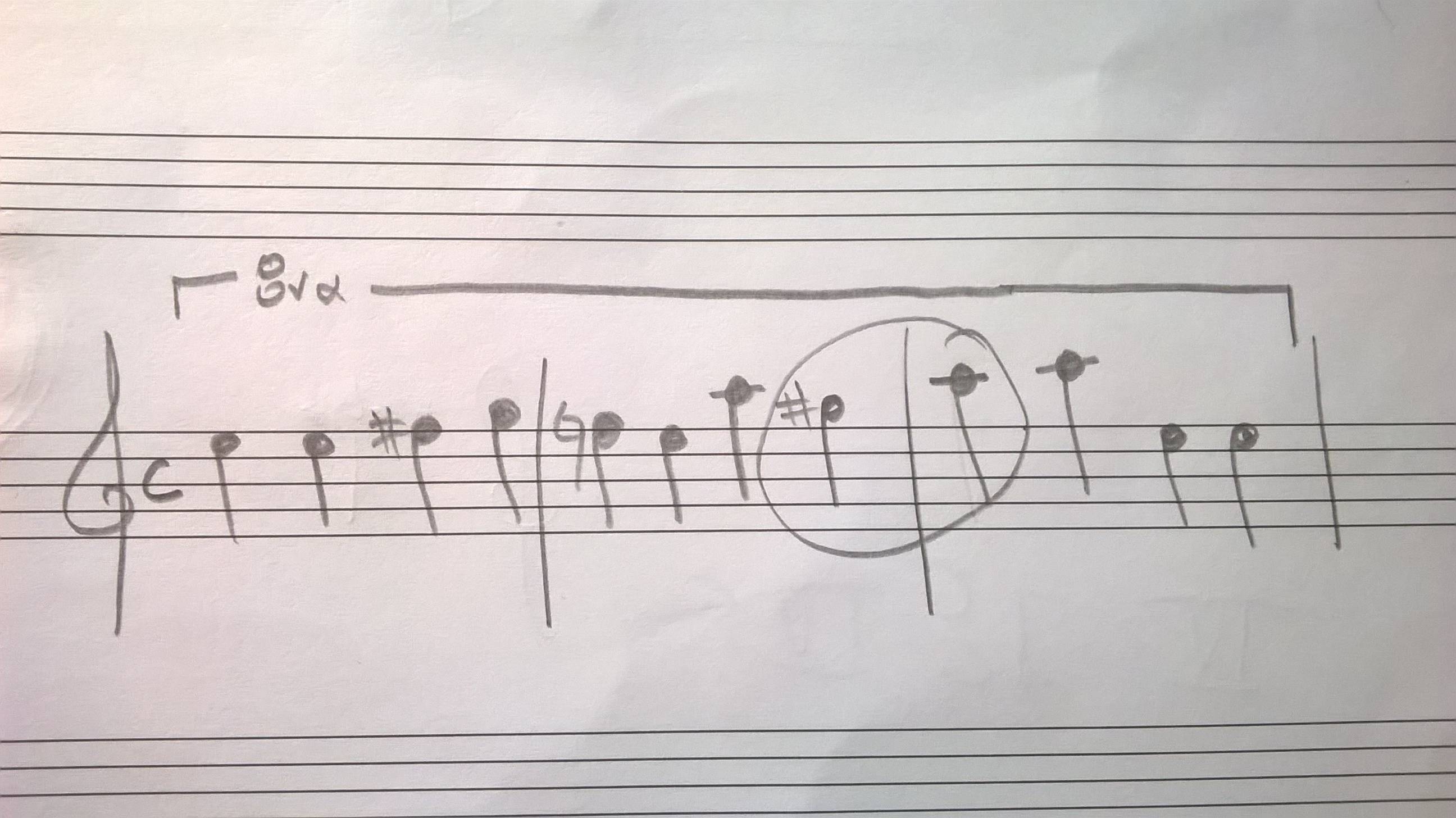 I want to play just the circled notes at their normal octave. Is there a way to denote this, instead of ending the 8va bracket and starting it again afterwards, which would be tiring if the passage with the 8va is long and I had to do this over and over again?

Just write them where they will be in 8va, as in an octave lower than they are right now. A reader will have more of a clue as to what's happening like that. So the G# will sit on the second line up, followed by the A on the second space up. Stems the other way - going up!

0
Is there a way to notate alternative transitions between 2 sections of music?
8
Can bass chord notes be different octaves after playing the root?
2
Are these dotted and tied rhythms equivalent?
8
Triplets don't seem to add up
1
Naming of notes in choral music?
5
Handling of dotted eighth rests when a “swing rule” is in place, and whether physical note position has effect on it
3
Is it wrong to alter bar numbers after repeat endings so they reflect the performance progression rather than the last repeated measure +1?
3
Voices doubling a dotted note in Lilypond
4
How to write this glissando/arpeggio for orchestral harp?
12
Why can any song can be played starting from any note?