Can I re-string my 12 string guitar with strings of different octaves?

I have an ibanez 12 string guitar, and ive been thinking of changing strings but instead of replacing it with an octive string i would like to put the same pair of strings. So my question Is ..

What should i do to not prevent my guitar from breaking ? due to the great tension it will have. Do I always untune it everytime I stop playing?

I think this project of yours would be entirely feasible and I think you should try it.

There would be no appreciable difference in overall tension on the neck by replacing the thinner of each pair of strings with a duplicate of its lower-octave pair (or vice-versa). I've done the maths.

Here is a typical set of strings for an acoustic 12-string guitar, gauge 12 through 52, provided by D'Addario. The chart below lists the exact tension of each string when tuned to standard pitch. 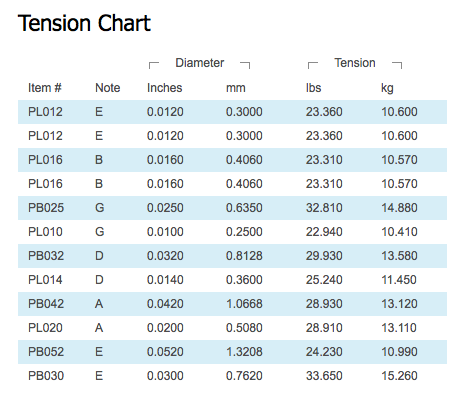 If you were to take each pair of strings, remove the thinner higher octave string, and replace it with a wound lower octave string, the overall tension would only be 325.12 lbs or 147.47 kg. This is only a 1.6% increase in string tension.

You would probably not have to make any adjustment to the truss rod tension on the neck of the guitar to accomplish this.

What you would have to do is to pay a professional guitar repair technician to permanently modify the nut of the guitar to widen the slots that the strings fit into so that they would sit at the proper height. Furthermore this would be best attempted on a 12-string guitar that has a wide nut in the first place. Some 12-string guitars have a fingerboard width of 48mm, whereas others (the classic Rickenbacker electric for example) have a tremendously narrow fingerboard width of only 41.5mm.

The problem is that the extra low strings (which are wound and thicker in diameter) would need sufficient extra space between strings so that they could vibrate freely and would not clash into their neighbors while vibrating.

I think this could work if:

1) You have a guitar with a wide fingerboard

2) You have a guitar repair technician remove the original nut, set it aside and save it (so you could convert the guitar back to its original state later on)

3) You have the guitar technician cut an entirely new nut with the correct slot sizes and with a tiny bit of extra width between the string pairs. (You might have to be willing to let the technician try this several times with several blank nuts until he gets it right. Blank nuts are not expensive but the labor to shape and cut them is.)

4) You are willing to strum the guitar softly so that the strings don't clash into each other and create a lot of glitchy noise.

Overall I don't think any modifications to the bridge saddle would be necessary, but a guitar technician might say otherwise.

I have a further suggestion, however: Assemble a custom set of individual strings based on the lightest gauge set commonly available for a 12-string acoustic guitar. For instance, D'Addario has a set that goes from 9 to 45-gauge: 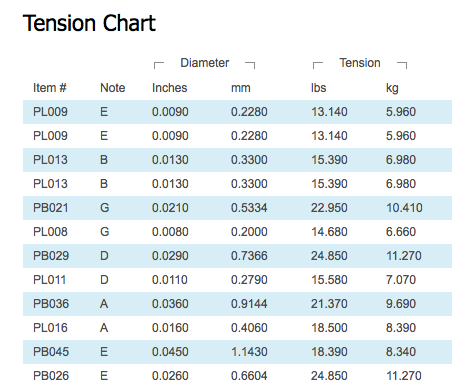 I would suggest trying this solely to minimize the problem of the pairs of lower-octave strings crashing together when strummed hard. The overall lower neck tension would not be the reason for my suggesting this. But in doing so, you will need a truss rod adjustment in addition to the replacement, custom-shaped-and-cut nut, to account for the much lower overall neck tension of this set.

In either case, this experiment should be entirely reversible by removing the new nut, replacing the original nut, re-stringing with the original gauge strings, and doing a truss-rod adjustment.

I think this would be a worthwhile experiment.

Stringing a 12-string guitar with unison pairs of strings is not a new idea. Many variations on this idea have been tried and are available from the Veillette guitar company in Woodstock, New York. (Click on the link.) Have a look at their various models (which are hand-built according to a customer's specifications and are very expensive.) If you have any specific questions about modifying your own guitar, I suggest that you contact Veillette and ask them for advice.

I personally would not try it. I think it's a bad idea for several reasons.

Reason One - Doubling the 4 wound (fattest strings) might put more tension on the neck than the guitar is built to handle. A Twelve string guitar already has far more tension on the neck than a six string. The fact that 12 strings add more tension is the reason many folks tune their 12 strings a half or whole step flat. I would not want to take a chance on increasing the tension. But this is the least of my concerns actually since the octave strings might add almost as much tension as the extra wound strings (since they will be tuned an octave higher). I have not done the research to see how much added tension would actually be involved.

EDIT - now that trusted community member Wheat Williams has done the actual research I must say that added tension is NOT in fact a concern (because there won't be any added tension which makes the premise of the question incorrect).

Reason Two - The nut slots will not accommodate two low E strings and two low A strings. And there may not be enough real estate (space between existing slots) on the nut slot to cut the thin slots wide enough without compromising the strength of the nut.

Reason Three - Even though the nut width and fingerboard are wider to make room for twelve strings, if you double all your bass strings, the space between the pair of low E's and the pair of low A's etc. - will be so smaller and it would be more difficult to isolate the strings. You would have trouble fretting one pair without accidentally touching a string in the adjacent pair because the pairs would end up closer to one another.

Reason Four - Even if the nut could handle all those large slots - note that the pairs are normally closer to each other than to the next string in the adjoining pair. They are close enough to be treated as one string so you can fret them both with the same fingertip. Even if your fingertips were wide enough (and strong enough) to fret two wound low E strings simultaneously, they would have to be so close together that they would collide with each other when they vibrated. Your heavier strings have a much wider oscillation envelope than your unwound treble strings. They need room. A pair of wound .047 E strings or .039 A strings close enough together to fret as a single string would not play because they would clang together when they vibrated.

Finally - musically it would defeat one of the unique properties that make a twelve string sound different than two six strings playing the same thing simultaneously. Having the octave difference adds a unique flavor and depth to the sound of each note and makes it far more interesting than simply doubling the note. The only reason your treble strings are doubled is that it would be impossible to make a string gauge thin enough to be an octave higher than the b or high e string - so the compromise is to double those.

Regardless of increased tension which may be less than you think because you would be tuning the extra bass strings in unison vs. octaves, there are too many other reasons that you simply can't do this and would not want to.

But I do admire that you are thinking outside the box.

This is extremely common in Mexican music, the artist will use pairs of the same strings and take off the 2nd low E string and play with 11 strings, of course, if you do this you will still need to adjust the gaps in the nuts to fit the strings

Not the answer you're looking for? Browse other questions tagged string-gauge 12-string-guitar or ask your own question.

10
Restringing a 12-string guitar with heavier strings - is it possible?
8
When decreasing string gauge on a bass guitar, will I need to adjust the truss rod?
6
12 String Guitars - Some Information?
4
What do you think of attempting to tune an Acoustic 12-string one full step up?
1
Is there an advantage to medium gauge over light if I'm not adding tension?
4
How to Overcome High Action/Heavy Gauge Strings on a 12-string?
2
Would my 12 string guitar break if i added pairs of strings instead of octaves and removed the last low-E string?
1
Stringing an acoustic for down-tuning
1
Question about string gauges!
1
Can you move the strings on 3/4 size electric guitar to get better tuning?