How do you figure out a chords name?

first of all I understand how triad chord names are made through the major scale 1-3-5 and then you alter or add certain degrees for the names of different chords. What I dont understand is how I can find out a chords name through just placing my fingers on the guitar neck and finding out that chords name? so sort of reversing the process. It has been boggling my mind for a few days now and the more I look the more confused I become as I just want to even slightly understand how I can find out a random chords name. If I where to place my fingers on for example say

this is a Bm7 chord from 'Baby I Love your way'

Now I heard that in some cases a certain chord can be multiple different chords as the root isn't identified so different Inversions can mean different chord names.I heard that you look for the root note to begin with, by finding two notes with an interval of 5 then taking the bottom note of those, or find one with an interval of 4 and taking the top note for the root. Now what I don't understand is how this is a Bm7.

A chord's name is determined by it's root note. Like for a B major chord, you would have (please know I'm running over to the piano to check this...) a B, D#, F#. An inversion of this chord would place the F# at the bottom, making it F#,B,D#, and one more inversion would be D#, F#, B. All three of these are B chords, only different inversions. The way you tell (the way I do it) is to continue to swap the notes around like I showed until they are all every other note, and then find the root (lowest) note.

is a C chord, because the notes in the chord are all every other note (one note separates each neighboring note in the chord.)

(EDIT, Just caught a mistake in my second example of the inversion, where I acted as though it was a second inversion while it was a first inversion)

Ok, let's see. I understand you're playing guitar. I frankly know nothing about guitar, but music theory is the same everywhere. A good way to visualize it is with a piano keyboard, so here's an image:

So, if you were to play a straight up C chord, you would press the C, E and G keys. Note that they are every other note on the keyboard. The C is your root, so to build a chord, you start with your root and then hit every other note. Now, an inversion is simply moving the bottom note (in the case of a straight up C chord in root position, it would be the C) to the top of the chord. It's still a C chord, but the notes are in a different order. 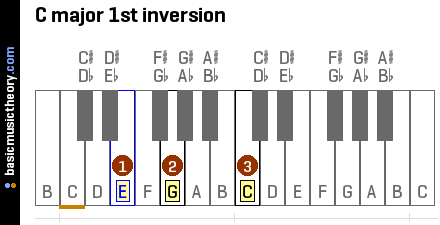 As you can see, the notes aren't all the same distance apart. If you move the bottom note to the top again, you get the second inversion.

Here's an even handier image showing all three inversions (root, first and second): 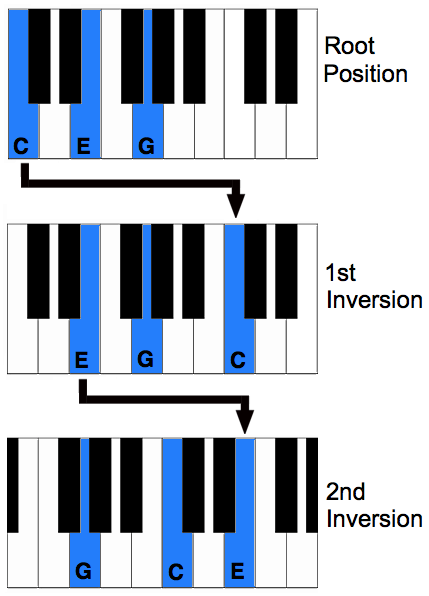 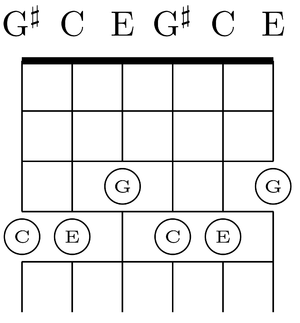 If you take any three notes in this chord and carousel them around enough (in the correct order, of course) you will get your root C.

The minor chords will work. The sus2 chords, by definition, won't, since sus chords are not going to be built up with "every other note" of the scale (Csus2 is CDG; Csus4 is CFG; both have one note "right next" to either the root or the fifth of the chord.)

Why not try it the other direction? Figure out all the ways to play a given triad by locating the notes on the fretboard; you'll see pretty quickly that certain types of chords form regular and recognizable patterns, so that you can learn the "minor 7th" shape and then just remember which finger plays the root on which string. Once you know that, it is easy to work out what chord you're actually playing.

But as you have observed, on guitar, it is not always easy to determine which of the notes you are playing in a given chord is the root. The guitar is different from a keyboard instrument such as a piano, in that there may be several places where you can play the exact same pitch - on different strings. With a piano, each key plays one pitch and no two keys play the same pitch.

Also, it's easier to see the intervallic distance between notes of a chord on piano than on guitar.

It is also true that a given chord played on guitar, could actually contain notes that would correspond to the notes of more than one chord name. In this case - what you call the chord will be related to how it functions in the song and the key of the song.

If you look at the direction of the underlying melody, you will have clues as to what the harmony should be doing as well. Is the melody moving away from the tonic or back towards it? How the chord fits in the progression as it relates to the degree of the scale will in many cases follow the direction of the melody.

The most common chords used in a song in a given key will be chords that have as their root note (from which the chords name is derived) - the notes contained in the scale derived from the key of the song. So in the key of C Major, the chords will be based on the notes C D E F G A and B. The quality of the chord will be determined by how each chords notes (from the C Major Scale) relate to the major scale of the root of each chord (as shown in the chart below).

There is a handy on line tool I use often to determine what chord I am playing if I stumble on one I am not familiar with. Here is a link On Line Chord Namer for Guitar 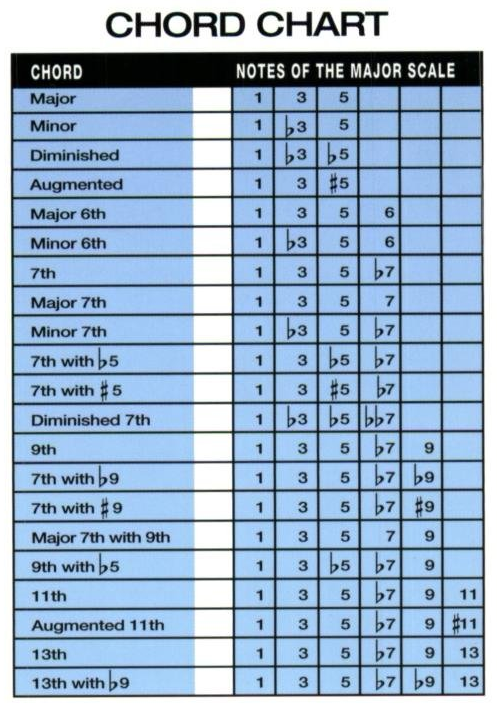 Lots of good ideas in here, but I think a simpler and less piano-focused explanation might help too.

You always start by identifying the root. Most players in all styles of music do this by ear. You can think of it as the note that the bass player would play, or the note you would sing if you tried to sing along with the chords.

In popular music, the root is usually on the bottom. I think the chord you described would be tabbed out as 7x7777, i.e. B, A, D, F#, B. (You said "open A" but it sounds pretty weird with that so I'm guessing you meant mute or not play the A string). So the B is right there on the bottom.

From there, it's pretty easy to apply the chord-building process you described in reverse. Take the B major scale and figure out how each note relates to it. B is the root, A is a minor seventh (flattened A#), D is a minor third (flattened D#), F# is a fifth, and B is the root again. So you've got a couple 1s, a minor 3, a 5, and a minor 7. Bm7!

This sounds like a lot of mental math, and it is! Luckily, outside of theory class, most musicians rarely do this. We do most of the work by ear and by recognizing patterns on our instrument.

The ear part goes something like this: first you identify the root by ear, then it's pretty easy to hear what notes are the 1s, 3s and 5s. From there you take the remaining tones (the extensions) and figure out what interval each one is from the 1. With time, you'll be able to identify most of the extensions by ear too (it's pretty easy to identify a ninth, for example). If there are any notes left that you're still scratching your head over, you can fall back on the "textbook" method of using the major scale.

The visual patterns will be different on every instrument, of course. On guitar you usually start with the major and minor CAGED chord forms, because they show you where all the 1s, 3s and 5s are. So you figure out by eye which CAGED form your chord is based on, then you only have to identify the notes that are different from the standard form.

For example, here's how I identified this chord:

Voila! Bm7. This all took under two seconds, and it will for you too if you keep working on it.

I'm told the book Garage Band Theory is a good way to learn the mixture of close listening, sloppy rules of thumb and common sense that musicians use to get by in real life. For the more textbook approach, Barrett Tagliarino's "Guitar Fretboard Workbook" is a good gentle introduction for guitarists.

Not the answer you're looking for? Browse other questions tagged guitar chord-theory intervals or ask your own question.

4
Triads in Music Theory
-1
How to form specific arpeggios when in a certain key?
0
Learning chords in all keys

24
What determines a chord's name?
10
How do you name chords in 20th Century Music? (Chords stacked in intervals other than 3rds)
7
How to name two-note chords (dyads)?
1
Is there a name for this type ascending inversions of a repeated chord?
11
How does it make sense to leave the root out of a chord?
1
How I do memorize guitar notes?
1
Is there a way to determine the flatness (or sharpness) of the 4th note of a chord from its name?
1
How to Barre Chords Properly?
2
How To Build and Name 7th Chords