Which (apparently keyboard) instrument is this?

Ask Question
Asked 6 years, 3 months ago
Modified 2 years, 3 months ago
Viewed 564 times
11
votes
Locked. This question and its answers are locked because the question is off-topic but has historical significance. It is not currently accepting new answers or interactions.

I discovered this image recently while reading about piano. I discovered this young Portuguese pianist photo, Vianna da Motta, while learning in his early stages. I assume this is some kind of keyboard instrument but its not clear and the format is very unusual. Which instrument is it? 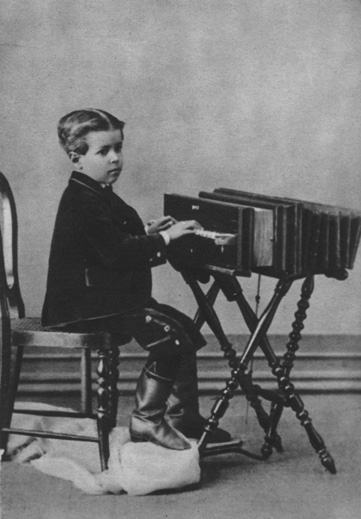 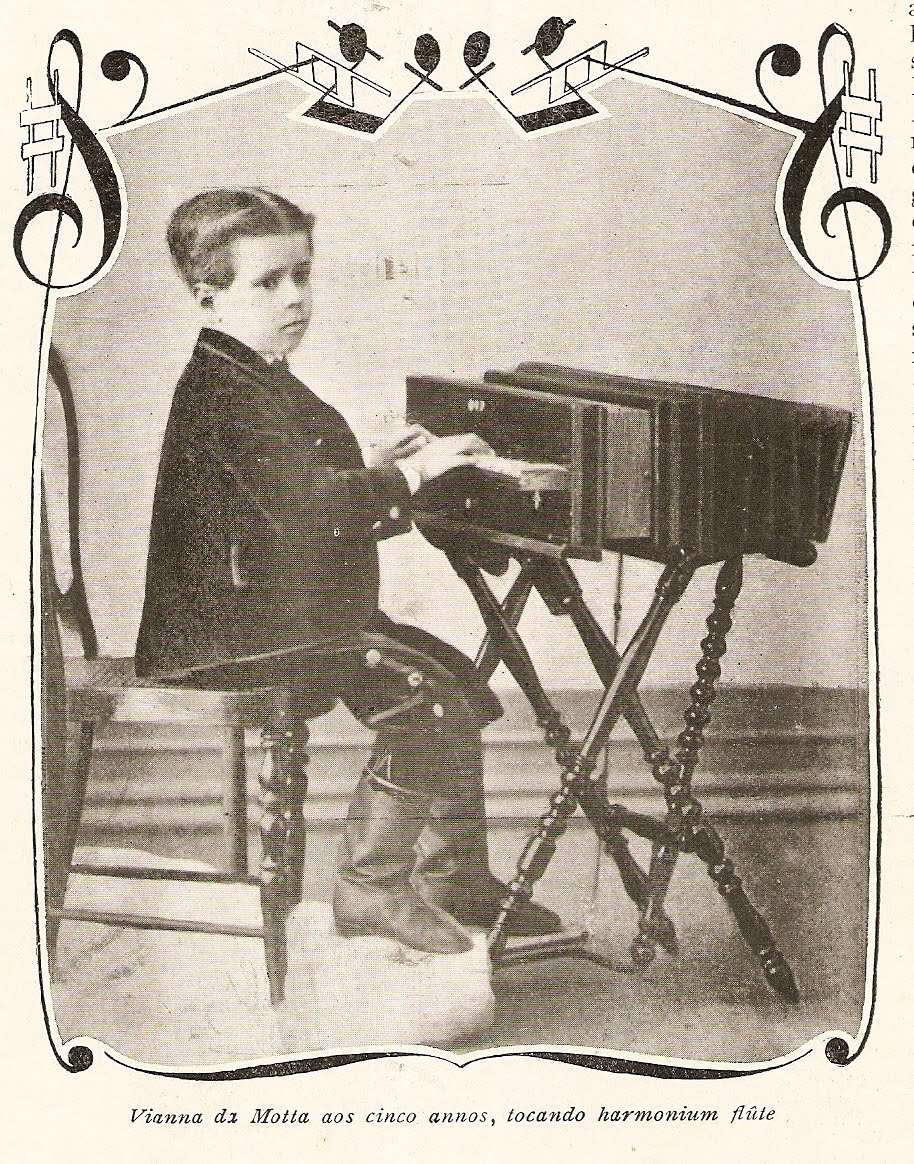 Just found this picture, it's the same picture from the original question by nsn, but with a framing and caption from a magazine. The legend says "Vianna da Motta aged five, playing the harmonium flute". I believe it's precisely the same instrument model shown on the photo posted by alephzero, to the details of the turned shapes of the legs.

The specific name seems to be related with a french origin and making of the instrument. Quoting from Harmoniflûte wikipedia page (my translation from french):

"The parisien factory of Constant Busson...built mainly accordeons ...and other instruments. Constant Busson decided to explore the market of instruments betwwen the accordeon and the pump organ, ... and invented the harmoniflûte, presenteng it at the 1855 Paris World Fair. Another harmoniflûte was invented by Mayer in Paris at roughly the same time". 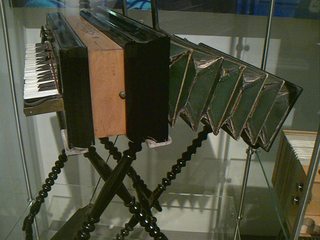 The instrument was invented in 1855, and da Motta was born 1868, so this was the high technology of its day, not some boring old pianoforte!

I'm certainly no authority on the subject, but it looks like some sort of foot operated harmonium or accordion.

The attached image shows a similar instrument and calls it an "accordion worked with pedals", but it may be more recent than your example. 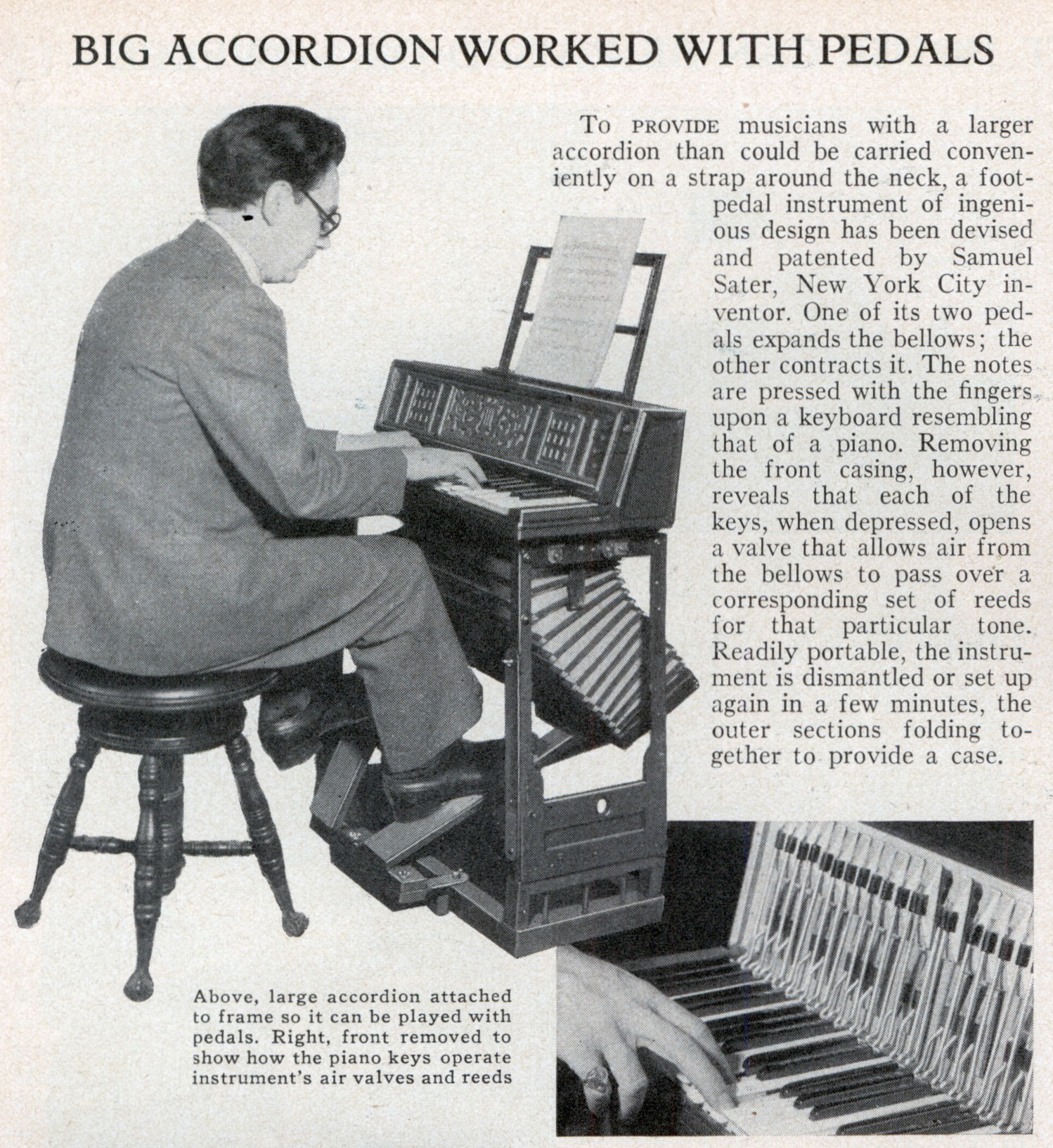 Harmoniflute, a kind of reed organ with only two ranks of reeds, both 8', but the second is celeste-tuned i.e. When played with the first rank the second produces a regular beating, due the tuning diference.

Not the answer you're looking for? Browse other questions tagged instruments or ask your own question.

6
Starting piano - which instrument to choose?
7
What instrument is this?
4
How young could a child start learning an instrument?
5
What's this instrument shown in 1-Nenokkadine?
4
Is it normal for oud strings to touch other pegs on the head?
4
Am I in a rough patch or have I lost my love for piano?