What does “gliss 2x” mean here? 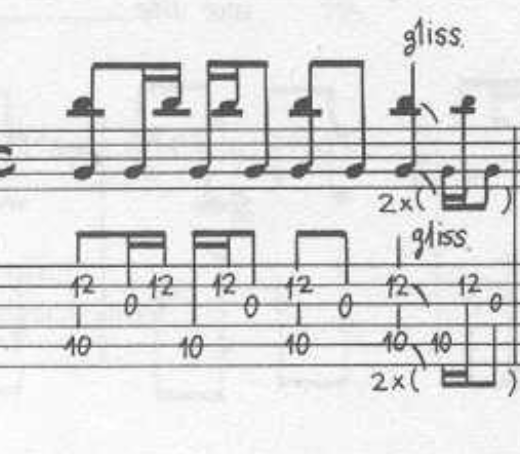 What does "gliss 2x" mean here?

I can just barely see the "common time" symbol at the left of your image, which denotes 4/4. The 2x is followed by parentheses which encapsulate the last rhythmic figure in the bar. This figure is an alternate version of playing beat 4 (otherwise the bar would have five beats in it).

Two seperate things. "Gliss" applies to the octave B in normal size notes. The smaller notes, in brackets, are to be played as an alternative on the second pass. We assume the section is repeated.

Not the answer you're looking for? Browse other questions tagged guitar notation tablature or ask your own question.