Ring finger stability when playing barred A chord on Guitar

I have been playing the following bar chord quite a bit and I am noticing that my ring finger is losing stability and getting weaker and might be damaging to my ring finger in the long run. 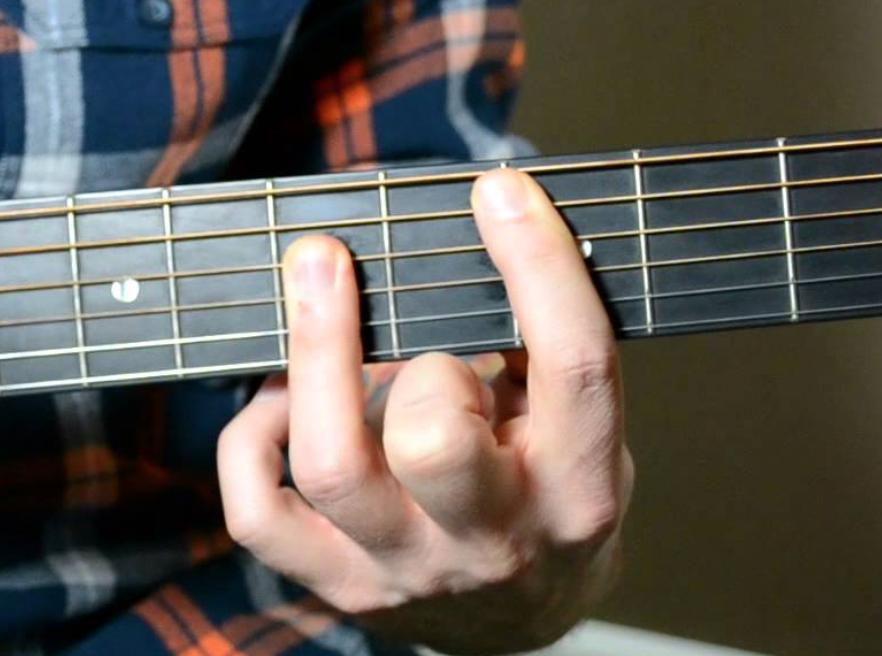 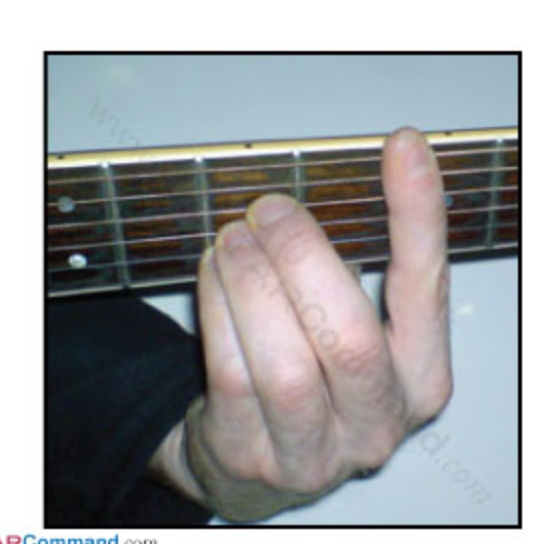 Does anyone have any advice on which way would be better? If I stick with the first option I'm afraid that this will damage my finger in the long run. Am I being too worried? Is there a device or a band I can wrap around my finger to give it stability? Has anyone heard of anything like this?

I use and teach both ways. Tend to use the three fingers on the wider frets, and change to the one finger + barre version when the frets are too narrow - around 5/6. The ring finger HAS to bend backwards, so as to allow the top string to sound. There are a couple of other ways, though, using two fingers to cover the 2nd, 3rd and 4th strings.

Looking at your middle finger in the top pic., you could try straightening it out, in a rude gesture, which is going to change the attitude of the other fingers (let alone the attitude of your viewers...)

It's always a good idea to have the bottom string available, to play or dampen. It makes sense to me that the barre finger stays across all 6 strings, as the next chord will most likely be an 'E' shape barre. I don't recommend putting anything over that ring finger, it's not needed. Maybe you're just gripping far too tightly for barre chords anyway. If so, the action may need tweaking on the guitar, or you are not aware that the neck doesn't need strangling!

The second way is the only way I can play that shape, as my ring-finger does not bend backwards, and I'd have claimed that it's the way most guitarists play it. Plus, the second method allows you to move your ring-finger to the next fret to get a sus4 voicing, which adds color. When using the CAGED system, I like to keep all my fingers in play.

10
Should I mute "unwanted" strings or not when playing power chords?
7
Help me to find a way not to bar A-shape guitar chords with my ring finger
2
Alternative treatment for Intention tremors in my left pinky and ring finger
6
Is using your thumb for jazz barre chords 'bad technique'?
1
Effective Finger Sequence
4
When changing chords, is it always good to keep a finger in place?
2
Passing note vs changed chord
1
Cannot stretch my ring and middle finger away from each other when playing guitar
2
Advice for positioning my pinky on the fretboard, it is slightly twisted toward the ring finger
3
How is this C chord constructed on guitar?