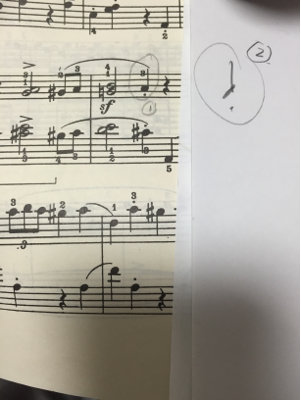 A staccato note in the end of a slur( 1)

Yes. The slur just indicates that the note should touch the preceding note, but it's still played on time and ended according to the staccato dot.

Basically, a slur does not change the last note it reaches but only the notes before it.

You will have to play "Portato" .Portato is also known as articulated legato (Blood 2012).It is a bowing technique for stringed instruments (Anon. 2001), in which successive notes are gently re-articulated while being joined under a single continuing bow stroke. It achieves a kind of pulsation or undulation, rather than separating the notes. It has been notated in various ways. One early 19th century writer, Pierre Baillot (L’art du violon, Paris, 1834), gives two alternatives: a wavy line, and dots under a slur. Later in the century a third method became common: placing "legato" dashes (tenuto) under a slur (Wall 2001a). The notation with dots under slurs is ambiguous, because it is also used for very different bowings, including staccato and flying spiccato (Walls 2001a; Walls 2001b).

Currently, mezzo-staccato is sometimes indicated in words, by "mezzo-staccato" or "non-legato"; or can be shown by three graphic forms:

Not the answer you're looking for? Browse other questions tagged piano classical-music classical-period staccato or ask your own question.

4
Is the bow supposed to be lifted when playing staccato?
3
How can I keep the wrists relaxed when playing staccato octaves?
1
Legato and staccato in Mozart?
7
Are the terms "stab" and "staccato" synonyms?
2
How to represent the staccato in the piano score?
5
Is staccato implied in the bass on this Burgmuller Arabesque?
1
Slur or tie rule for chords in piano
2
Duration of articulations (e.g. staccato, tenuto) for piano