What effects must be placed before looper to sound properly

I wonder which digital effects are not polyphonic safe. I have headphone output in my amp but don't like to use it because has some static noise. I prefer MultiFx headphone out. What effects will not sound well with multiple signals?

Below is my current configuration: 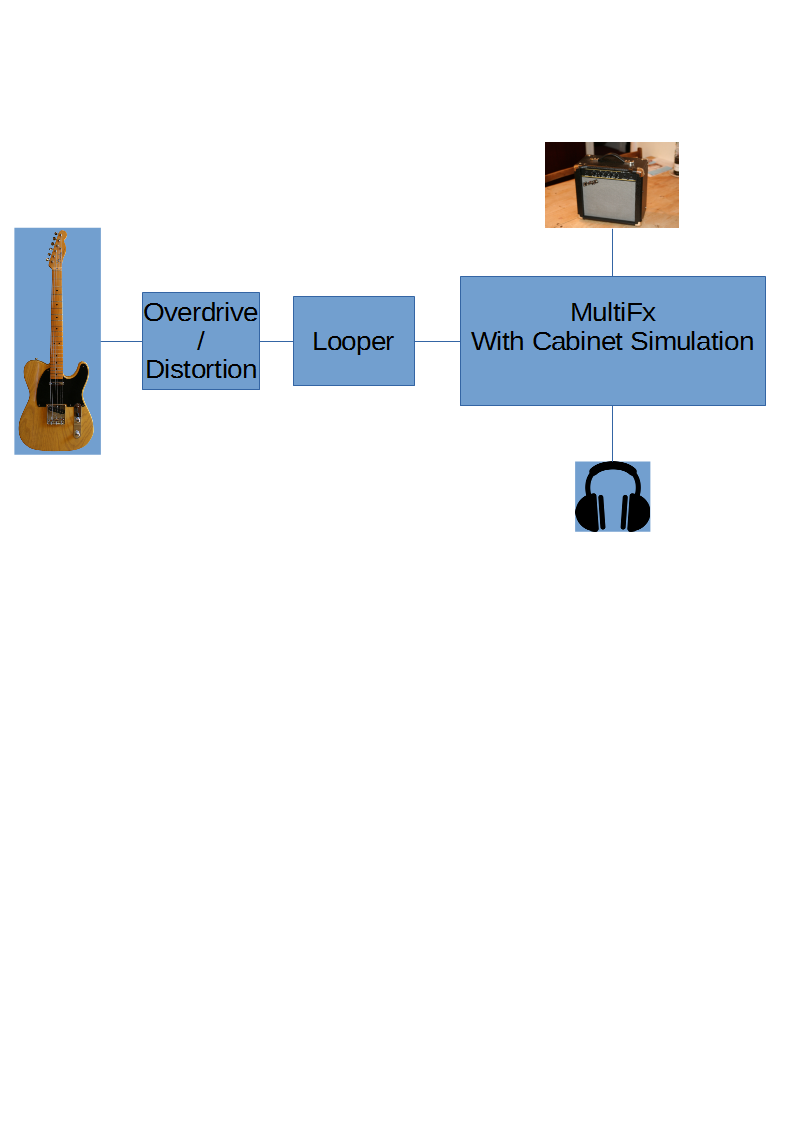 Distortion effects will have a distinctly different result when used on multiple elements mixed together, as you get frequencies generated that are the sum and difference of those present in the two individual unmixed signals. So distortion effects are probably not 'polyphonic safe'.

Most other effects, such as filters, ambience effects, and chorus/flange/phase based effects won't be quite so different when applied to a mix. However, it will still usually sound worse to be applying the same effect to every element of a mix than it would do to choose different effects for each element. You'll have the same amount of each effect on everything, the 'sweep' of effects like chorus will be annoyingly 'in sync' across the whole mix, filters that sound good on one part won't be so good on parts of different pitches, and so on.

My suggestion would be put your multi-fx before your looper so that you can choose effects that are appropriate for each part - including as much or as little distortion as you like.

Of course if your looper doesn't have a headphone output, that may mean you need to buy a separate headphone amp or mixer to place after the looper - or you may have a little stereo system with a headphone socket you could use for that.

Putting FX after the looper helps prevent it sound like its "jumping/skipping" each time a loop resets because a drier signal is going to the FX, putting FX before helps you to build up loops with different effects on each.

2
Using a looper live - how to connect playback and overdub to 2 different amps?
10
How to prevent high pitch feedback when palm muting
4
How to get better sound through multi-effects processors
8
Why is the reverb effect so much more pronounced on headphones?
6
Recording an electric guitar and electric bass
7
Should I connect my multi-effects pedal to PA or Amp?
1
How to get good distortion sound with SS amp on clean channel with pedals
4
Choosing a guitar stompbox for producing moderate distortion (general advice)
1
Amp modeling on multi fx pedal through an amp
3
Loop pedal volume in effects loop not controlled by amp volume controls