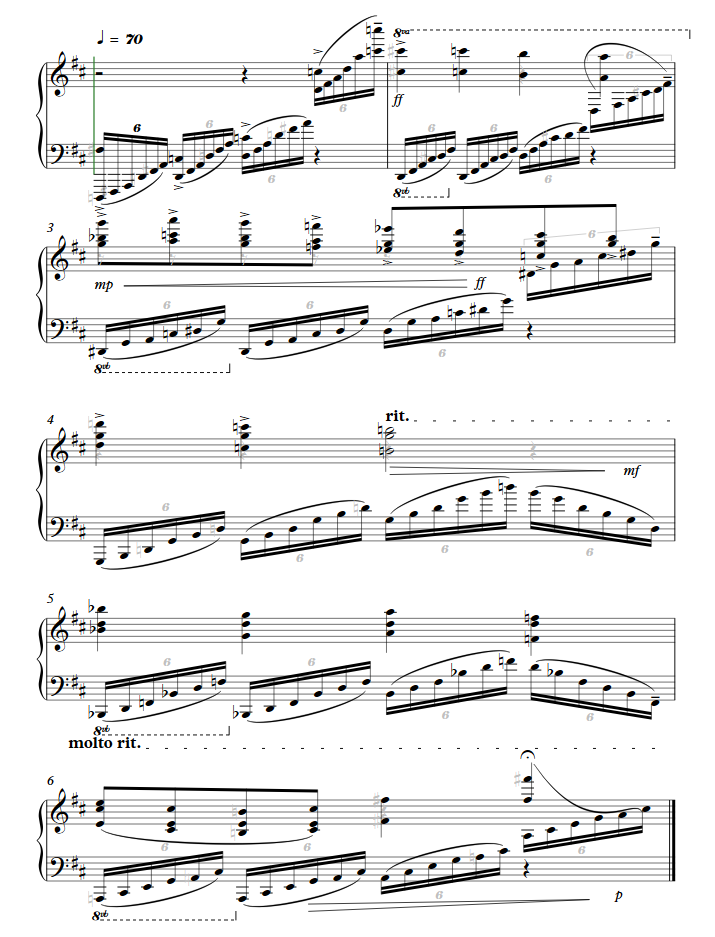 Do any of these clearly have a better alternative?

After a few hours practise I can pretty much play the whole thing...except bar 3 with the notes Eb G A C Eb A going up then down to that lower Eb and repeat - Will continue trying this bar for a while longer, (It's just I don't want to use techniques that enforce bad habits)

With 6 notes and 5 fingers, you obviously need one hand position change in each sextuplet.

Work systematically through every possibility of where to use your thumb in the middle of each group, then find the best way to finger the other notes around that thumb position.

If you can sacrifice the length of the chords, you can divide the work between the hands:

If you wish to keep the separation between the hands, a more natural way - that sacrifices the 1/4th legato phrasing - is to simply move your left hand:

This is a fluid playing style, which could even be extended to crossing clockwise over the thumb from 1 to 5 for a legato if the next key is only 1 or 2 seconds away. From a composers viewpoint, the additional stress (due to the extra phrasing) does align with the intentions of the right hand in the third bar.

Rachmaninoff wrote impossible segments, not only owing to his huge hands, but to the fact that the passages required swift jumps to simulate a single huge chord. However, writing with playability in mind can help you spread your music.