Where to install a bridge in an electric guitar? (assuming the scale length keeps the same)

I am planning in building an electric guitar, and I personally believe it would be more comfortable to have a bridge a little bit more to the back of the body, near from where it hangs (which is really nice to play in my bass). In this figure you can picture the difference between bass and guitar position: 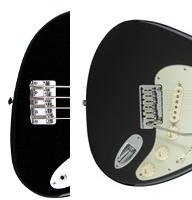 It seems to me that the origin of this thing is in acoustic guitars, where the bridge should be placed where it would vibrate more of the top, but then the electric revolution came on and as a lot of things, people just kept doing as they are told generation after generation...

The premise stated in your question is quite valid. Whereas bridge placement is critical to the sound of an acoustic guitar, the electric guitar does not rely on vibration of the top (soundboard) to produce sound. Therefore you have more options for bridge placement with only ergonomics to take into account.

If you keep the scale length (distance from nut to saddle) the same so that the fret spacing is the same, then you can alter the position of the bridge by shortening the body as topo said in his comment.

You can also shorten the neck (while keeping the scale length the same) which will cause the bridge to land closer to the lower bout as on your bass. For example if you make the neck shorter by the length of 2 frets, you would push the bridge back that same distance. Many parlor acoustics where the body joins at 12th vs 14th fret have the bridge closer to the bout of the guitar.

Taylor Guitars offers their popular 812 model in both a standard 14 fret model as well as a 12 fret model. Notice how the position of the bridge changes between the two (pictured below) when the neck is shortened by two frets. 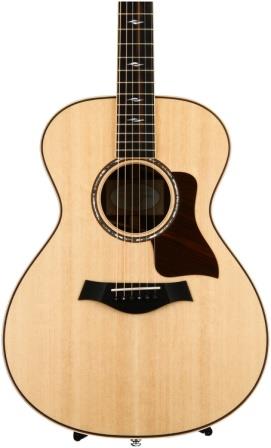 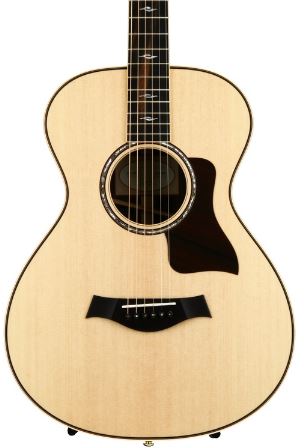 Pictures may not be same scale but you can see the shift in position of the bridge.

Probably the easiest way to accomplish your goal (since you are custom building the guitar and mass production assembly time is not a factor) is to use Neck Through Construction where you build the body around the neck by adding wings to a neck that goes all the way to the lower bout in contrast to bolt on or set neck construction. You could start with a standard scale length and number of frets, and then cut the end of the neck off as close after the nut/bridge position as desired, and then build the body around the neck.

Here is a picture that shows the idea of neck through construction from Anarchist Guitars. 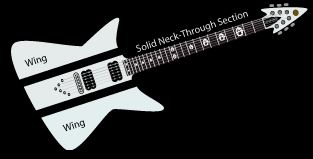 Other than those options, I think the only other thing you can do is alter the scale length. If you do that, you can use an established scale length from another guitar or you can purchase a template like the one pictured below from a place such as C.B. Gitty Crafter Supply.

topo morto is right in is comment, of course. That's why the bridge of a bass is nearer the edge of the back of the body (unless there is a much larger body), because the scale length of a bass is much larger than a guitar's.

And that's why it's positioned more to the center in guitars (not because some habit coming from acoustical guitars); you could make the body smaller as suggested by topo morto, and there are such designs, but you have to take into consideration the equilibrium of the instrument in relation to its center of gravity. If you just cut, say, a Strat shorter (vade retro :-)) the center of gravity will move nearer to the head and the body will tend to rest farther to your right side. This may or may not be a problem depending on a number of factors (the overall design, the overall weight of the guitar, and not least of all your personal taste).

But if you're building from scratch, the arm length and fret scale size are possible variables too, within a limited range of playability. I think it's useful to take as reference the two basic designs from Fender and Gibson. Typically a Les Paul type design features a total arm length (from nut to bridge) of ~63cm versus ~65 cm for the Stratocaster.

Again, it depends on a number of factors, but a Strat type arm will push the bridge a little more to the back of the body. The playability aspect (slightly larger frets and greater string tension of the Strat) should of course be also taken into account.

Lighter wood for the body will in principle make the guitar more easy to handle and so give more liberty to the design of the body shape.

Not the answer you're looking for? Browse other questions tagged construction bridge lutherie or ask your own question.