In the 8th bar of this piece, when the 6 4 time signature starts, there is a minim/half note, with a black stem. How does one interpret the length of this note? Also, the length of the other notes with two stems? 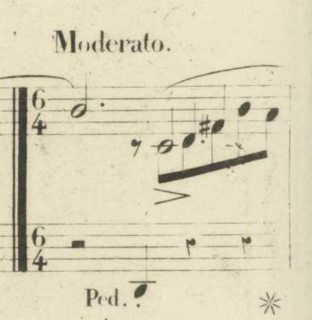 Wow, this is interesting!

The image you provided is from the original Paris print from Maurice Schlesinger. This notation is also found in a Breitkopf und Härtel version from 1878; an 1881 version co-issued by Schirmer and a lesser-known Berlin company; another Schirmer print from 1894 edited by Mikuli; and a 1915 print from Schirmer, now edited by Rasael Joseffy. (I think I got all of those links correct; of course my Internet would get fussy as I was trying to do that!)

A Leipzig print from C. F. Peters in 1879 just switches the stems around, but the first three pitches of this group still seem to have one eighth-note too few to last until the end of the measure: 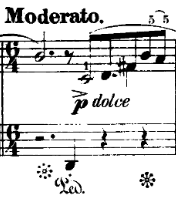 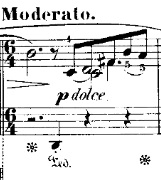 Now, I said above that Klindworth finally got it "right." The only real way to determine whether or not this is right is to check out Chopin's own original manuscript. (Though it's certainly possible that he made a mistake, as well!) But Klindworth's score certainly makes much more sense than the previous versions.

It seems that the original print made an error, and several future prints followed this error. It wasn't until Klindworth came along that he seemed to notice the issue and fix it.

20
Why does this note have a stem pointing up and another pointing down?

7
If the time signature changes, does the key signature change as well?
4
Two rests and a note that isn't played? misunderstanding ties
3
How do you learn to read ahead when sight reading for piano?
1
Cadence in Haydn's String Quartet in G, Op. 54, No 1, i, 1-13
4
Need help reading piano sheet music
1
Confusing Bar (Multiple Voices)
2
how to read quarter notes and half notes in 3/4 time?
10
Sheet music time signature question