I have a few questions in mind regaring Debussy's Clair de Lune!

What does the line with the number "2" between B-G and A-F mean? 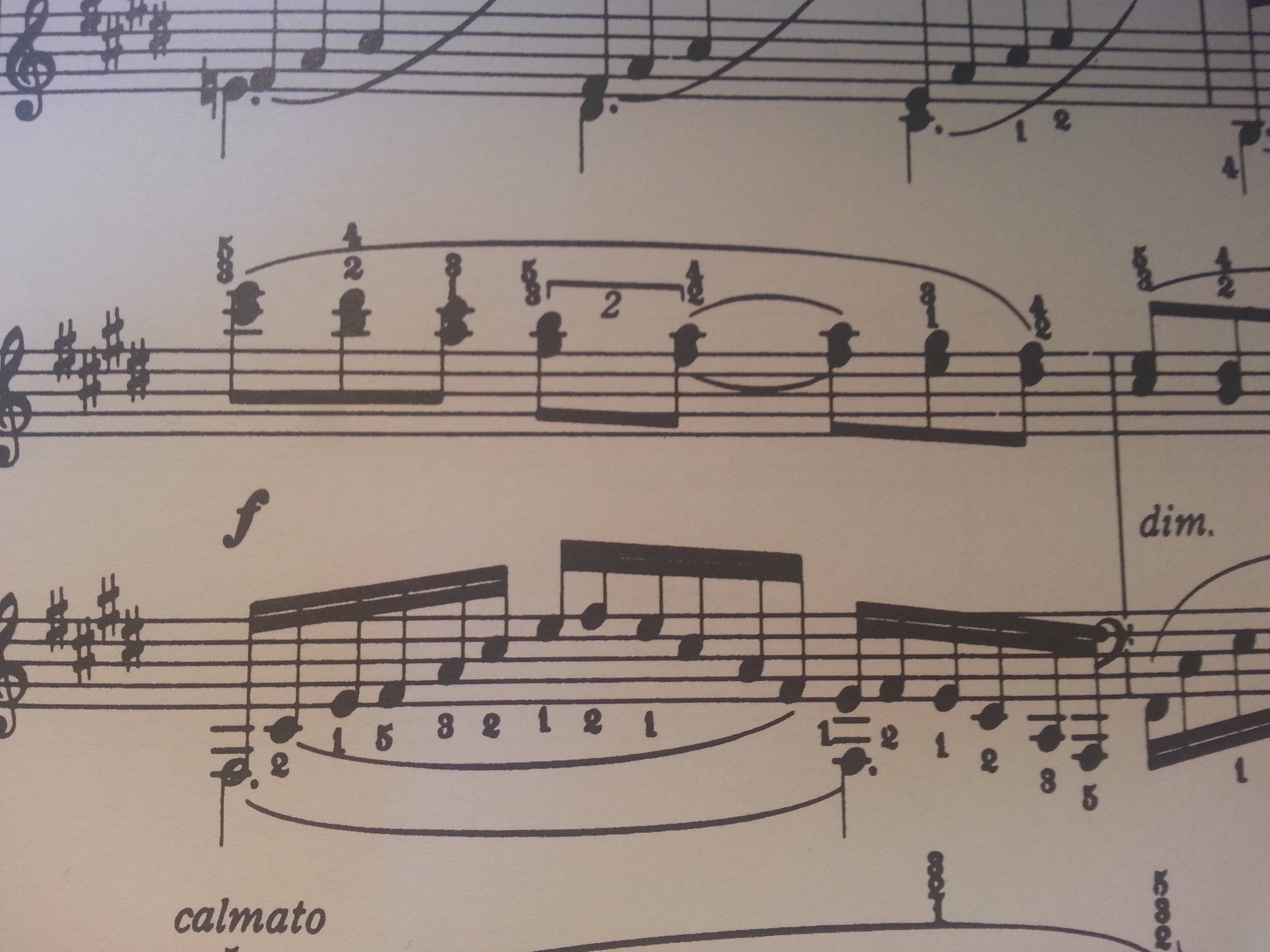 And also, should I follow the fingerings for the left hand as shown? It says that I should be playing F > C (ascending) in one swift movement which is somewhat difficult to do considering the transtition from thumb (1) to pinky (5) at E > F#

It is also worth noting that the second chord of the Duplet bar is tied to the first part of the next beat. 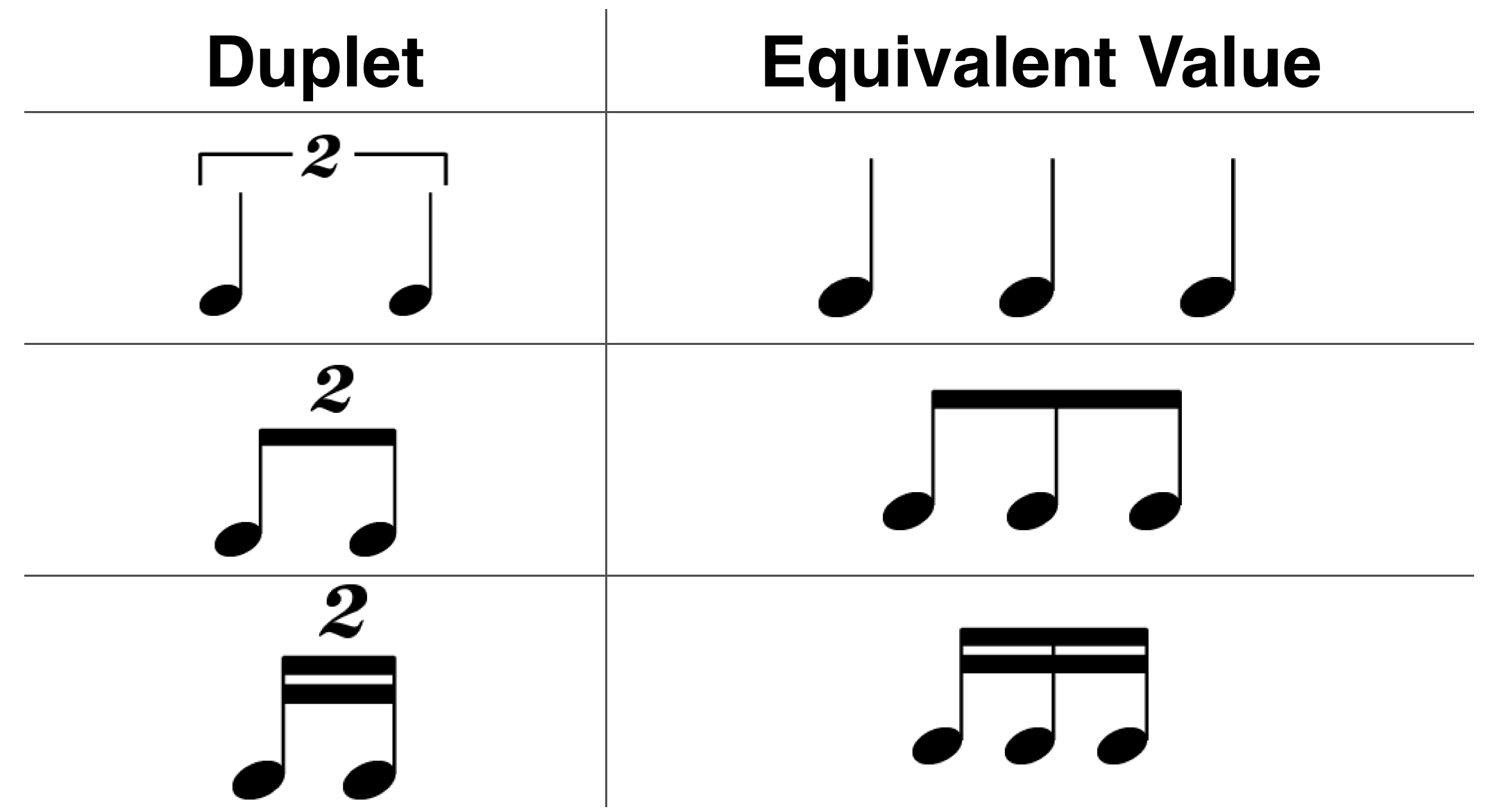 The '2' means play two notes in the time of the usual three. Rather like a triplet in reverse. A little slower, but even. If you look carefully at where the second note is, compared to the notes under it, you'll see that the r.h. is played at the same time as the C# (l.h.).

Also, though, that looks like a Schirmer edition, and some of the Victorian fingerings in those editions are hopelessly pedantic. Meaning, fingerings often appear to be chosen because of what was considered "proper technique" in that time period rather than what works best. Hanon had a finger exercise (number 35) designed to practice little finger over thumb and thumb under little finger, and put a little note "this exercise is of the highest importance." Well, no it isn't. The only place I can think of that really requires it is the run near the end of Chopin's Prelude No. 24 in D minor: 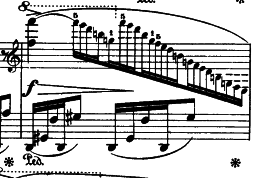 Admittedly, I don't play that passage well, so perhaps the exercise is more important than I think.

1
How to count this rhythm notation?
0
Note Timings with numbers above notes

17
How to memorize seventh chords and inversions on piano?
2
Numbers above notes
10
Piano (sheet music) curves on top and numbers in circles
12
What does a mordent written to the left of a note mean?
3
Why is alberti bass so tiring?
2
Time signature problems in Debussy's “Clair de lune”
5
Why is Debussy's Clair de Lune not considered a nocturne?
1
acceptable to use same finger for 2 succeeding notes in this case?
6
How to read 9th measure of Debussy's Clair de Lune?