What is the point in writing an appoggiatura?

An appoggiatura is a small grace note written to suspend the resolution of a chord. It takes half of the actual note's value, usually. So, why write that when it could be written out with ordinary notes with their correct values? Would there be any difference in the way each ought to be played?

I arrived at two reasons immediately:

An appoggiatura in Baroque music often represents a note held over from a previous chord, a dissonance that clouds the chord and then is resolved. Writing each note as equals would imply that they should take the same amount of time. An appoggiatura typically puts emphasis on the first note, and the two may not be the same length.

See, for example, La Sylva (on pg. 37 of this document). The piece is slow and regretful, with nothing lining up precisely on the beat. The appoggiaturas emphasize the regretful and slightly chaotic nature of the music. Perhaps Sylva was a lovely lady who got away, or a good friend who died.

If you are ever concerned that ornamentation was added later by an editor . . . get a better edition. While ornamentation should typically be left out when first learning a piece, in Baroque music is it essential to the overall artistic nature of the piece and should not be left out in performance. See, for example, the way these folks decorated their churches: 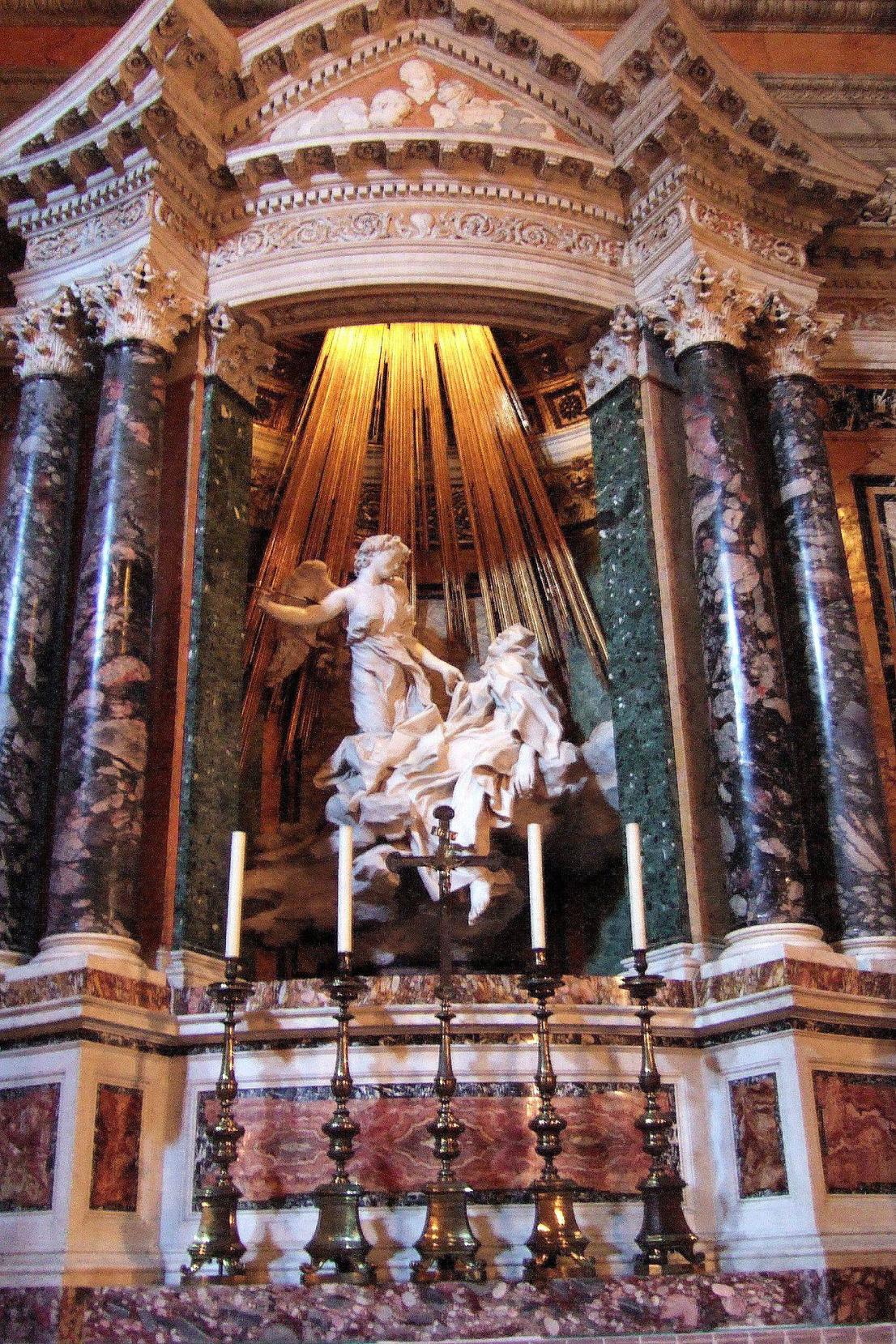 There's lots of physical ornamentation. Chipping St. Teresa and her stone columns and arch out of this alcove would leave a perfectly functional church, but it wouldn't be very Baroque. Likewise, removing ornamentation would alter the style of the music.

For new music, IMO there is no point in writing appoggiaturas, unless the intention is to mimic a historical style of notation. Since the general style of ornaments changed from being notes played on the beat to before the beat (roughly around 1800) they are at best ambiguous and confusing.

But for music written when they were still contemporary notation, there are good arguments for retaining that notation - the most obvious one being that (whether or not you fully understand what it means) they are the notation that the original composer and contemporary performers were using.

Some other implications of the notation are:

Also, it is an indication of whether the note in question is part of the chord or not. A grace note is inherently nonchordal. If the Appoggiatura is written out then it may be construed as for instance a seventh of a chord, if the grace note is used such then it is clear this is not part of the chord and any further confusion is prevented.

In drum music, the appoggiatura before another note indicates that the drum is to be played with a "flam" technique - the two notes should occur slightly separated. This represents an actual physical technique that the drummer must adopt, involving different positioning of the two sticks before the two notes are struck. If the two notes were to be written out with precise values, the drummer would not play using the "flam" technique (which gives a very well-known and recognisable effect) but rather would play the exact notes, resulting in the wrong sound being produced from the drum (usually, but not always, the snare drum).

An appoggiatura takes at least its written value from the main note. The main note's onset itself is unaccented; basically the onset of the appoggiatura counts as it. Reverting to the main note is not necessarily synchronized with other notes. It is at the player's discretion where to exactly place it.

When executing on a piano, you can't really avoid another onset. When playing on a guitar, you'd usually not strike the string again but rather pull-off or hammer-on. On a violin, you'd continue the bow and stay on the same string. A singer would not change syllables or interrupt breath.

Conceptually, appoggiatura and main note are one note falling into place eventually.

You can write it out as a normal note but that will remove information regarding the purpose of the appoggiatura and a reasonable range of its conceivable interpretations.

5
Are whole and half note rests supposed to only be written on specific lines?
10
In piano music notation how are notes distributed between the staves?
6
Are whole notes/rests really used to signify variable lengths of time?
3
Appoggiaturas not spelled out
2
What is notation for holding a note full value?
2
What is this type of ornament, and how should it be played?
0
Questions about mordents and trills (piano)
3
Why do notes not add up to the bar in this example by Couperin?
4
Percussion duration notation issue
4
Sextuplet vs pair of triplets