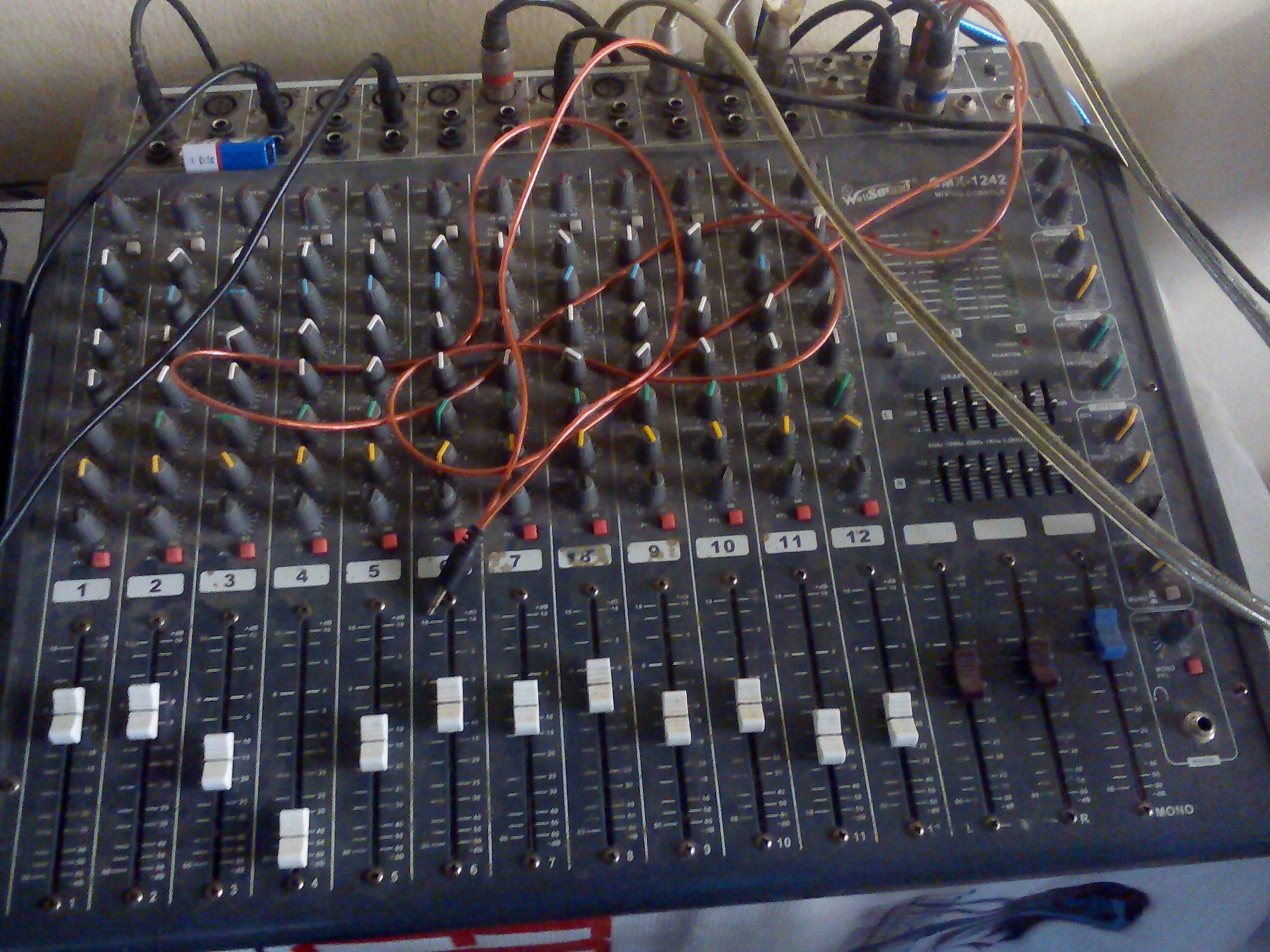 With an analogue mixer and a 2 input computer audio interface there's no way of processing each of the independent mixer's channels in the DAW.

The issue is not that the mixer is analogue (most of the entry level mixers with embedded audio interface are analogues mixers), but that you don't have any way of feeding each of the 10 channels independently to the DAW (i.e. separately so that they are captured in different tracks in the DAW).

For that, you would need either

With your equipment you have the possibility of feeding 2 independent channels into the DAW. So, as I said, you're not going to be able to process each live channel in a completely independent way, but there may be still a few things you can do, depending on the features of your mixer.

If your mixer has a couple of submix buses or effects send channels, try to define a strategy for how you're going to use the two channels you have, and then send each mixer input channel to each of the two effects channels with the level you wish (by setting the channel's submix or effects send pot appropriately).

For example use one effects channel for delay/reverb and the other for compression, or one for subtle reverb+compression and other for more heavy processing. Or if you can do delay and compression in the mixer (I can't see in the picture, but it has quite a few knobs, so maybe you can) then do that in the mixer and use the DAW for special effects.

This way, even though you can't control the processing of the 10 channels in a completely independent way, you can still define 2 different processing chains and affect each channel by each of the two chains in different degrees.

Not the answer you're looking for? Browse other questions tagged daw mixer live fl-studio or ask your own question.

7
Can I daisy chain two mixers together to create more input channels (a sub mixer)?
2
How to record a live show through a mixer with a scarlett 2i2
1
Help with exporting in FL Studio?
2
Home studio setup with Mac & LogicPro
1
How to use FL Studio or Ableton to perform a set from a portfolio of songs?
0
How to send audio from Yamaha MG16XU to Scarlett 2i2?
2
Connecting a mixer and a USB audio interface
2
Vocal manipulation during live performance
1
Should I use a USB or a 3.5mm output from an audio mixer to get sound to my computer?