I'm trying to play 'Gran Vals' by Tarrega, and the music score has several letters accompanied by a number on top of the notes, for example:

Here is the score: 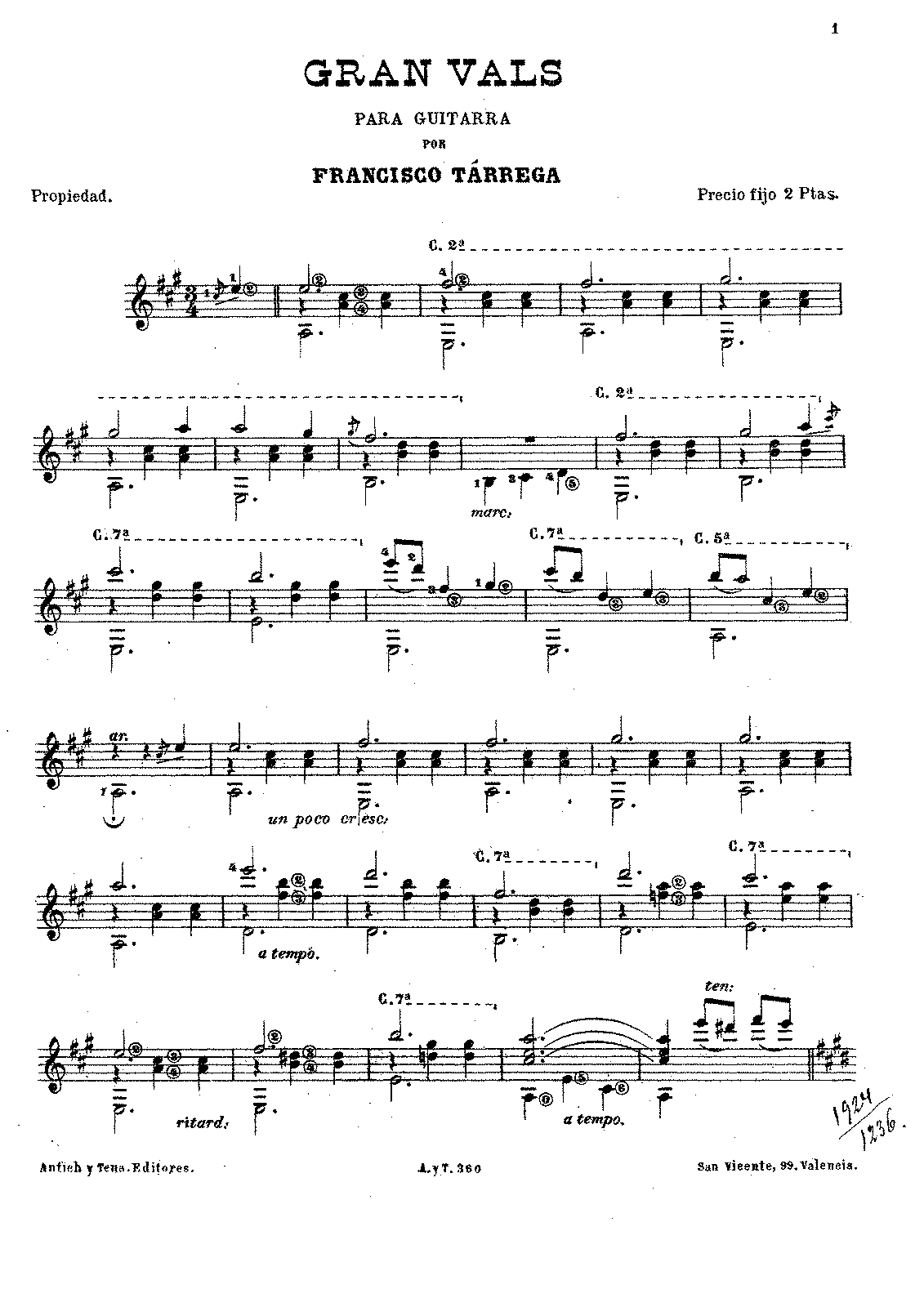 What does this mean?

Can any one provide a link where I can review this type of notation?

These expressions are common in classical guitar music.

ten: means tenuto, which is a playing style used for effect. Each note should be held for its full length. Do not confuse this with legato, tenuto is holding notes for their full length but not necessarily playing them smoothly or softly.

The C.2a Is a barre. This is unique to stringed instruments and it is when you lay one finger (usually the first finger) across all or some of the strings on one fret. A full barre is across all six strings, while a half barre is across the top three or so strings (sometimes four). The number shows you which fret this is done on. the ------¬ written after this shows you how long to hold the barre for in the music, and you should lift your finger at the end of the line.

I have not seen a barre written in this form before, usually it is written as a capital 'C' followed by roman numerals for the fret and the same line indication. A half fraction before the 'C' (or a dash vertically through it) indicates a half barre:

Not the answer you're looking for? Browse other questions tagged guitar notation classical-music or ask your own question.

10
What do the letters above the piano staff represent?
7
Lilypond Conga Notes
12
Do some measures get no numbers, in an opera score?
6
“Ut” and “La” notation on horn and cornet instruments in orchestral score?
4
What does “moderato” in the middle of a musical score mean?
2
Vertical score positioning in LilyPond
2
LilyPond: Subdivided beam grouping for compound time signatures
14
What does “m.Iz.” or “m.Tz.” mean in a score?
3
Force bar numbers below the staff and chord names above in LilyPond
2
Enter Chord with top and bottom modifiers in Musescore