I have a Yamaha F335 acoustic guitar, and, about two weeks ago, I restrung it using Ernie Ball Silk & Steel Regular strings. However, about a week ago, the G-string snapped around the 3rd fret, and I had no idea why. Assuming it was a one time thing, I went a bought a new string today and put it in, only to have the same thing occur near the fourth fret after only a couple hours of playing.

The gauge of the string is .026, and I don't think that I strum too violently, especially since I spend most of my time fingerpicking (although, both times that the string snapped, I was picking). The guitar is only about 9 months old, and the other strings that I replaced are fine (not snapping). Does anyone know what's wrong here?

What is likely going on is that your picking strumming technique might be digging in to the G string more aggressively than needed causing it to break. If that is true you are probably digging in to all the strings a little more than necessary - but there is a very good reason the G string is the one breaking.

The reason the G string is the only one breaking is that it is actually the easiest string to break out of all the strings on an acoustic set with a wound G string. That is because the steel core of a wound G string (which is where all the tensile strength comes from) is thinner than any of the other strings on the guitar.

So even though the overall gauge of the string is .026 - the core is actually much thinner than your high e string. The winding around the core does absolutely nothing to add tensile strength to the string which is what determines how much tension the string can withstand before breaking. 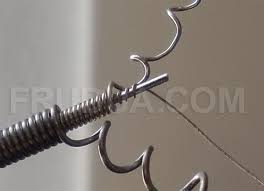 I see many guitarist who dig in too deep with their pick when strumming or picking which causes greater deflection of the string thereby creating more tension. In fact I used to do that as well and I often broke the G string. You only need to insert the pick just below the string to make it play. Only the tip of the pick should be below the string in most cases. Of course there are times when the music calls for more aggressive strumming, but strumming too hard will break the G string.

Another thing to check is the gauge of the core of the strings you switched to. Some types of strings have a thinner core than others with the same overall diameter. The string types with thinner core under the windings might include silk and steel strings where enough room must be allowed outside the core to accommodate the metal winding as well as the nylon fibers between the winding and the core.

Some manufactures will list the diameter of the core. If not, you might take some of the winding off one of the broken strings and one of your old strings from the set you were using before you switched, and compare the diameter and rigidity of the core to see if perhaps the new strings you are trying do in fact have a thinner core than the ones you used to use.

Try a lighter touch with your picking hand when strumming or picking with your pick. Or try a different type string with a larger diameter core on the G string. Or use the same brand and type strings but use a G string from the next heavier gauge offered.

One other thing that could help would be to tune your guitar a half step flat to reduce the overall tension on the G string (as well as all the others). With reduced tension it can withstand more deflection than it could tuned to regular pitch. You can use a capo on the first fret if you want your guitar to play as if tuned standard.

Not the answer you're looking for? Browse other questions tagged guitar acoustic-guitar strings or ask your own question.

11
What electric guitar strings are the most rust-resistant?
8
My high E string broke one week after replacing my guitar strings. Could that be an installation issue?
1
Nylon strings for alternative tunings on hollowbody electric
3
My guitar plays out of tune on the high e on fretted notes up the neck
1
Are nylon guitar strings sold in a pack such that only first 3 are nylon, rest steel?
2
Will lighter strings extend an acoustic guitar's life?
3
Breaking guitar strings too quick
0
Guitar high e string breaking when tuning up new string
3
String gauge for playing on Drop G# on a 25.5 scale 7 string guitar
5
Tuning G3 string to A3 guitar