What is it called when the accompaniment and vocal melody don't match?

I decided I would like to learn to chord an acoustic guitar, primarily to play classic country music for relaxation. I also wanted to understand the basis and structure of music, especially chords. I began to study music theory on my own. So I have a basic understanding of melody, lyrics, harmony and so forth.

The accompaniment is not dissonant, it is melodic and pleasing; It just doesn't match the lyrics. Does this form of accompaniment have a name?

You've had some very detailed answers. Here's a simple one. If everyone played the tune, there wouldn't BE an 'accompaniment'. There'd just be everyone playing the tune!

Singer or soloist has the tune. Bass has the bass line. Others might strum chords, play a sustained counter-melody, echo certain parts of the tune, sing 'Doo-wop's... Playing something different to the tune is called accompanying it, supporting it, backing it. And it's what normally happens.

It can, and does, but it depends on the exact nature of the accompaniment, and many times the best terminology is exactly what you've used already ... "accompaniment".

For example, there's counterpoint, which Wikipedia currently defines as "the relationship between voices that are harmonically interdependent (polyphony) yet independent in rhythm and contour". This generally means there are two melodies going on at the same time, complementary to each other. Compare the term "countermelody", which is related.

Here's an example that appears to be a transcription of a two-part invention by J.S. Bach:

This is counterpoint; you can see that the lower/"left hand" voice plays something similar to the upper/"right hand" voice just a couple of beats later than the upper voice ... almost an "echo".

But counterpoint is generally considered to be a classical technique, although you could, I suppose, argue that it's still used today when "trading licks", or especially by background vocalists. Compare to this also the "call & response" concept which came to us from African music via "Negro Spirituals" and slave work songs in the early USA.

Much more often than "counterpoint" (or polyphony) we will hear a "chordal" accompaniment, which might have several words to describe it, as well. Most often, melody will move or change pitches more frequently than the accompaniment, in which case the music is said to have a "slower harmonic rhythm".

Here is a piece of music, easily playable on piano, that would demonstrate "chordal accompaniment". Note that the pianist's left hand would play half note chords (Gm and F) while the right plays the melody:

Of course, this is all really a simplified set of examples. The accompaniment for this last example could be played in an arpeggiated style, or with the "Alberti bass", or any number of variations ... and that's just on the piano.

Add in the complexity of a band or orchestra, and you can get really complex pretty quickly.

Here's a transcription of the Beatles opening to "All My Lovin'": 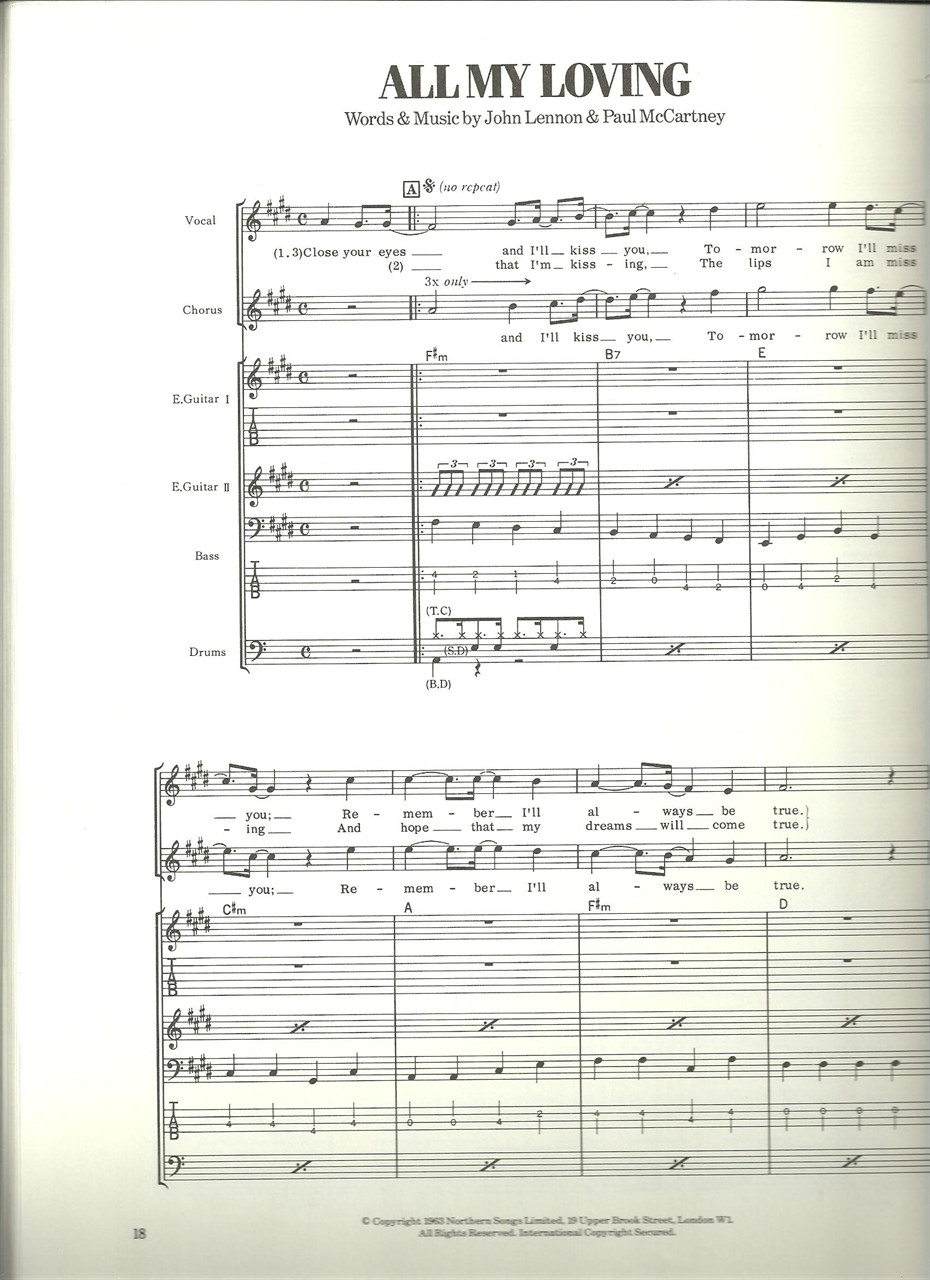 Perhaps you can see Paul on bass guitar, playing a "walking" bass line of all quarter notes (on each beat), Ringo playing a "swing rock" pattern, and the 2nd guitarist (I'll presume it was George) playing triplet chords (that is, 3 strummed chords on each beat of the song, or strumming three times faster than Paul was).

And here's the opening page of the last movement (not the more famous first movement) of Beethoven's 5th symphony:

What you've really discovered here is often called "texture", and there are, usually, 3 musical textures:

Perhaps you're referring to the idea of countermelody? There can be many melodies in a song, playing at the same time. One (usually) is the primary one, but the accompaniment often has other melodies floating around, which are often called countermelodies.

It's important that the countermelodies don't get on the way of the primary melody, to avoid sounding dissonant or distracting.

7
Polyphony vs Homophony in Hymns
1
Guidelines for Easy Piano Blues, but not boring
2
Determining dynamics of individual parts in music group
1
Melodic Criticism - Exercise 3.16G, Laitz The Complete Musician 2nd Edition
0
Polyphony vs Monophony
6
Chords behaving as a melody
4
system for analyzing melodies
6
How do rhythm and melody compete and cooperate to define the horizontal space of music?
3
If a song has no scale degree 6, how to decide between aeolian and dorian?