I have a clean boost pedal which lets me control the high and low cuts if my signal. Should it be used if the buffer pedal is also in the signal chain? How will the signal be effected ? I am not getting a proper sound. How will the low and high frequencies be effected? 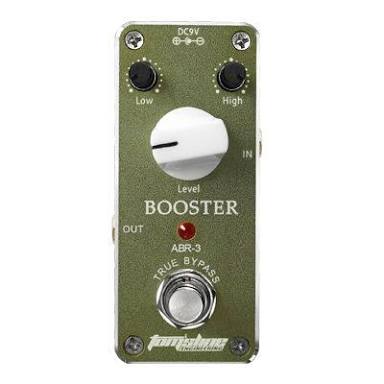 Generally buffer should reduce high frequency drop caused by long cables or many true bypass pedals by impedance change. Buffer does the job when no other pedal is on. There are some impedance sensitive pedals like specific fuzzes that will sound very different if plugged after buffer. Some people claim that also alter sound of their drive pedals but very little. Booster is also in this family even though it does not produce distortion itself.

Try to use buffer after the boost. It could be the solution. You may also try another buffer, some of them are not transparent enough.

Maybe your pedal is not germanium circuit but 13:25 is being talked also that not everything sounds good after a buffer

4
What do I need to look for in a Y splitter for guitar?
5
I want to control the peak volume of guitar feedback and echo/delay feedback
5
Is it important to add a noise gate/suppressor to a pedalboard chain?
8
Chorus pedal, before or after the distortion?
7
Should I connect my multi-effects pedal to PA or Amp?
2
Enable effect pedals by giving them power in different power chains
1
How to get good distortion sound with SS amp on clean channel with pedals
3
Where should a buffer pedal be placed in the signal chain?
1
Using just just an amp simulator pedal for my distortion needs
3
Overdrive pedal shuts down guitar signal when disengage