Here is an excerpt from Sor's Estudio #6 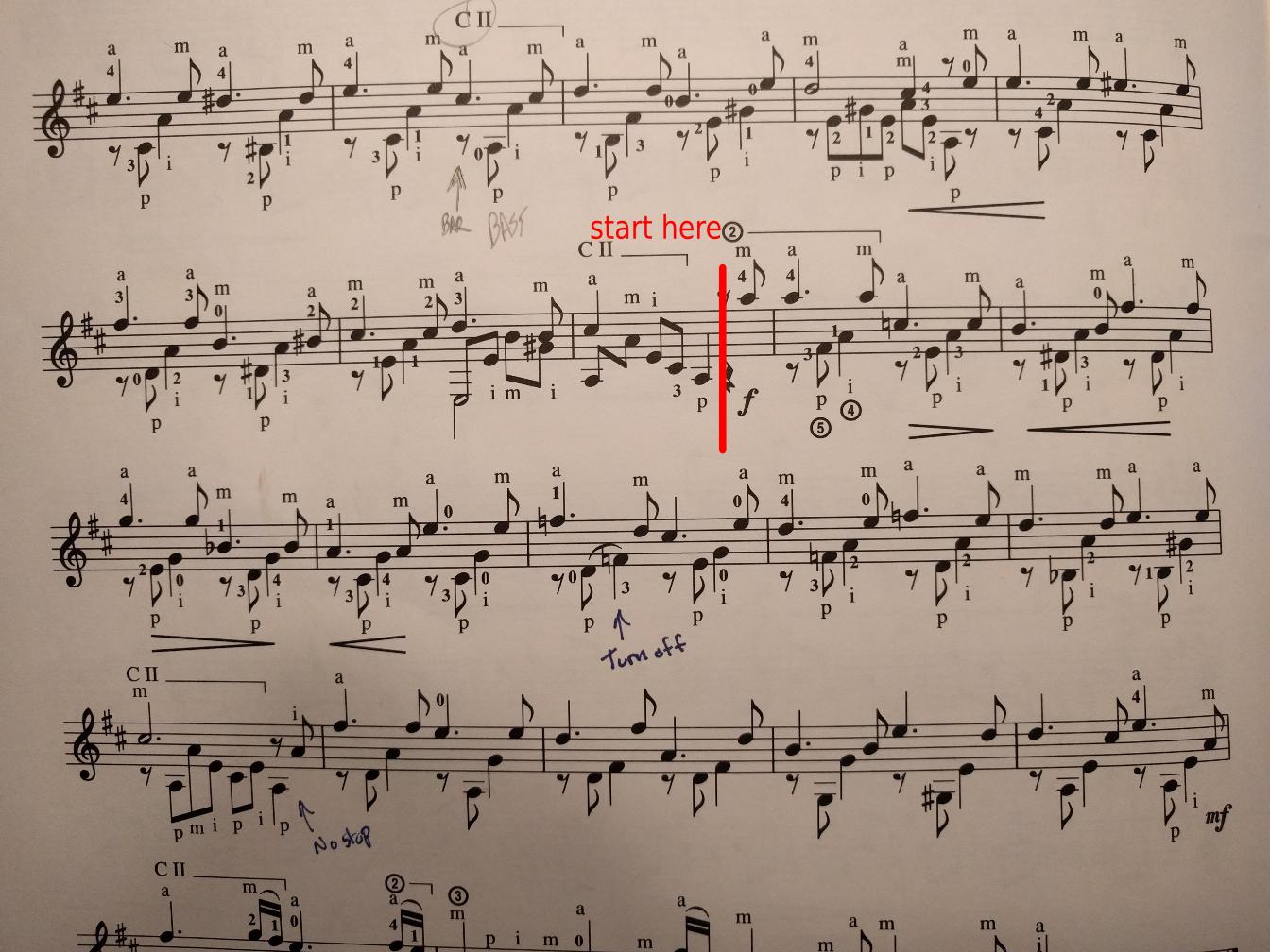 As a general remark, fingerings are recommendations. Many times there are alternative fingerings that sound as good or even better, and that may be more practical for you, so keep on experimenting. If you can't discuss these things with an experienced teacher, try to find a video or at least an audio recording to see and hear how a seasoned player plays the piece you're working on.

Great question! Play until string 2 is no longer notated atop the measure. After that, usually, if you don't see string numbers or capo markings, it's most likely first position.