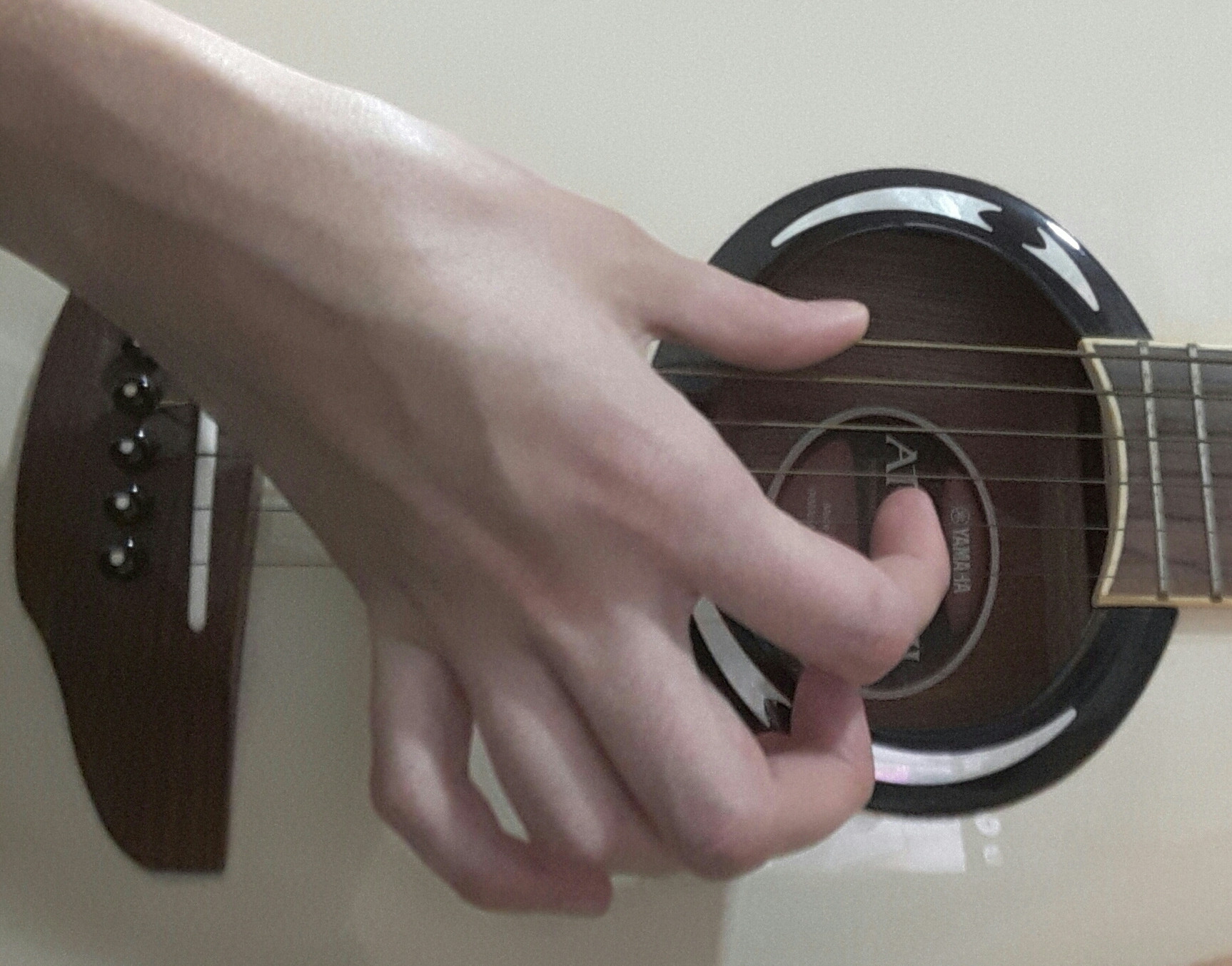 Hi! I've been worried about my way of strumming: I strum with my fingers, and I always place my thumb on the top string. I've been told many times that it looks strange. I tried to strum in other ways, but it sounds worse and doesn't feel comfortable. Is my way a very wrong one? Will it maybe slow me down too much on fast patterns? I'm left-handed, by the way, but I'm playing a right-handed guitar. I'll be very grateful to hear your opinion. Lara

How it "looks" is not really an important consideration. Focus on comfort, sound, and technique. That said, I think this will be problematic for you on all three counts.

You're restricting your range of motion fairly significantly. Your fingers have limited room to move (essentially just crunching in and out of your palm) which is awkward and probably going to lead to pain with any significant amount of playing. It will certainly prevent you from strumming quickly (which should be done with the use of the arm or wrist, moving the position of the whole hand). Not to mention that resting your thumb there prevents you from strumming the lowest string (or at least letting it ring after the stroke).

You can strum down like this with the backs of your fingernails (which is how I strum when I'm not using a pick), but on the upstroke will be using the pads of your fingers. This will give a muddy tone, be difficult to strum smoothly, and will probably give you blisters.

If you do want to avoid using a pick for strumming (which is perfectly valid, especially if you're playing fingerstyle or something similar where fingerpicking is mixed in) I would suggest looking at the motion of Andy McKee's hand in this video when he strums down at the 1:52 mark:

(If you keep watching, you'll notice that he also strums sometimes with his thumbnail or a thumb pick. This is another great option and, obviously, not mutually exclusive.)

Note also how he consistently brings his elbow back to the same spot and rests his upper arm on the guitar. This is a much better way to "anchor" yourself than resting on a string.

Not the answer you're looking for? Browse other questions tagged guitar strumming or ask your own question.