How long does pedal simile last?

In this extract from the “Ent’racte” (sic) from John Crook’s score to Peter Pan, how far does the pedal pattern indicated by “simile” last? Looking at the score I can imagine any of these possibilities:

(And, of course, the answer might be something I haven’t imagined.) 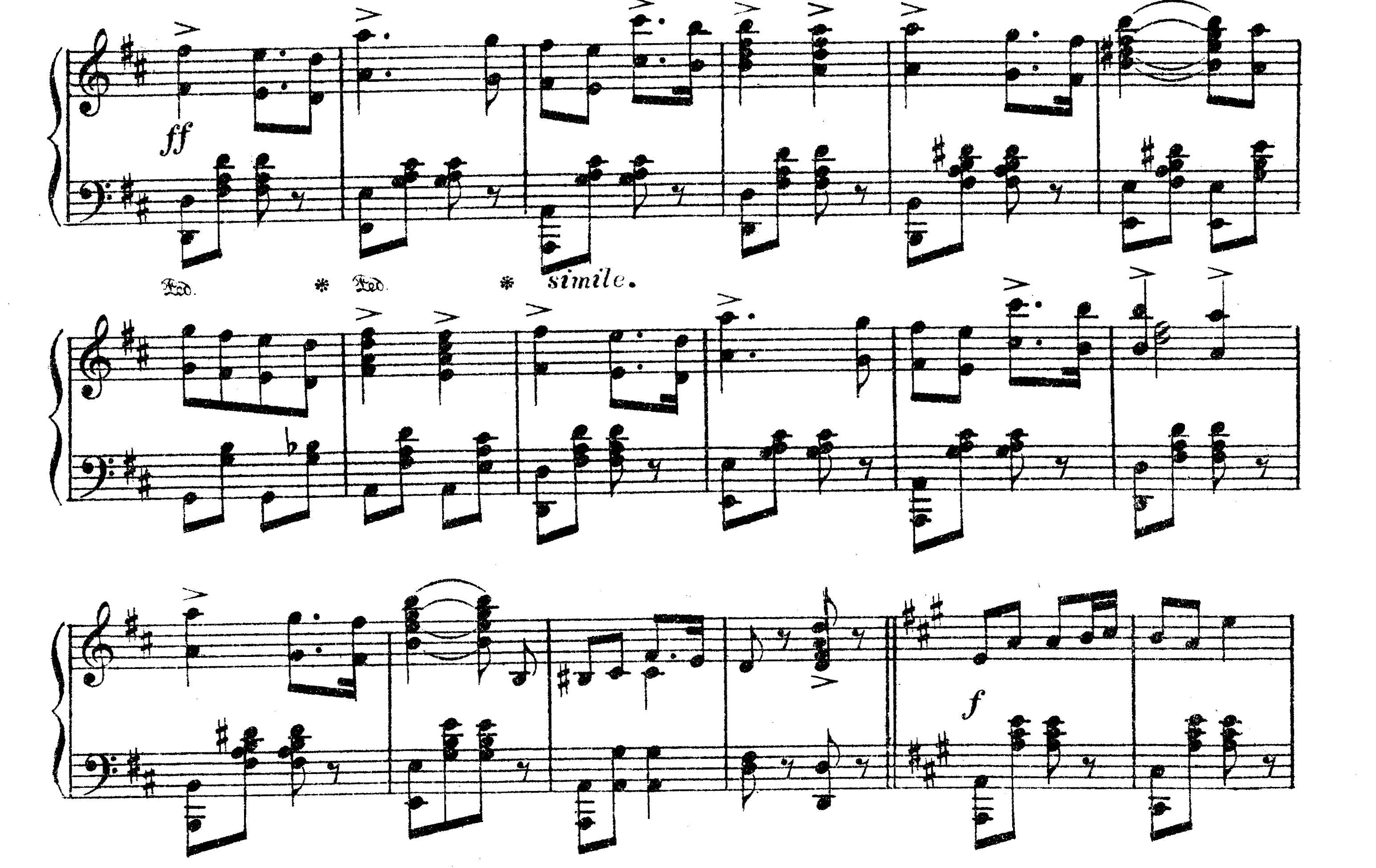 (The score is available at https://books.google.com/books?id=J-wQAAAAYAAJ Page 19 et seq., if more context is needed than I’ve given.)

What I've seen is that the "simile" is in force until explicitly changed. Given that the double bar is followed by the same figure in the piano, I think it continues. The end of a movement is an easy marker. Probably, were there a change in the figuration for the piano, that would be a place to change pedaling style. For example, in the measure before the key change in the piece above, there is a single measure change which immediately continues with the original figure. I'd pedal that measure differently (though that's not necessary) and continue with the original pedaling style in the next section.

To some extent, pedaling may have to be changed from what's written because of acoustics of venue. Rachmaninoff used the pedal extensively in his performances but his scores of those pieces indicate little pedal marking.

simile. =similarly =similar to the above pedaling pattern.

So it seems to suggest that pedal ought to be raised and pressed every measure. But this looks unlikely, for example measure 6 in the example shown has two chords (resp., borrowed V and I of e minor both superimposed on borrowed tonic "e"), that are strange if mixed together (given the dissonance level of other part of the excerpt). Same can be said of measures 7 and 8. Thus the score does not seem well-edited.

Pedal is one part of piano playing of which great freedom is allowed for good reasons. For example, Chopin was careful in notating pedal marks, but even so, few take his markings seriously, not because we dismiss Chopin's indication, but because his piano is very different from modern grand. On the other hand, Schumann often wrote "pedal." only, indicating the pedal is used, but executed at you will.

In short, respect, and try to understand, the composer's intention, but if you disagree, then do it your way.

Not the answer you're looking for? Browse other questions tagged piano notation sheet-music keyboard-pedals or ask your own question.

5
How much pedal should be used in practice?
13
Do some measures get no numbers, in an opera score?
12
Different Simile Marks
1
How do I notate for the sostenuto pedal?
2
How long does ad lib. sim. last
0
Indication of general usage of piano pedal
20
Scope of accidentals in measureless music
2
Scope of natural accidental inside a bar
4
What does this pedal notation mean for the piano?
10
Confusing clarinet key signature changes