I've been thumbing though Modulation by Max Reger and while he explains most of his notation, there is one thing about the figured bass in his Roman Numeral analysis that bothers me. For example, in the passage below when in the key of D# major, he puts a double sharp next to the V and I chord even though the double sharp would be in the key. 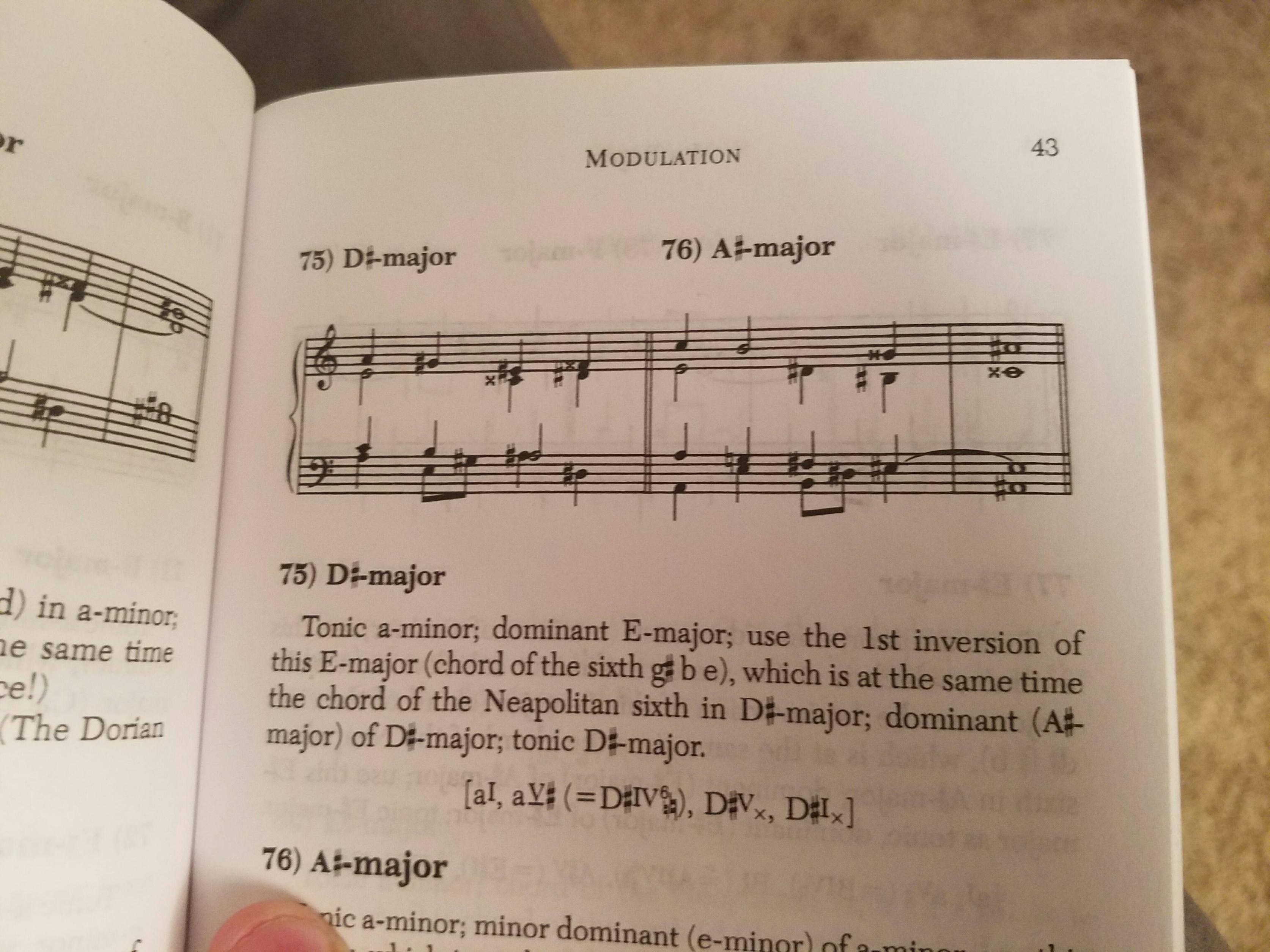 I'm really curious if this noation is standard and if it is not what the alternative way to represent the passage is.

If you look at his Example 1 (C major to G major), you'll see that he doesn't include the F♯ in the figures because it's assumed in G major. The same is true in Example 2, the F♯ and C♯ are assumed in D major, so there's no need to put them in the figures.

When he gets to Example 6, though, he needs to throw in those accidentals on the Neapolitan sixth, because, since he's resolving to F♯ major, he needs to clarify B♮ and D♮. (You've already addressed these two issues in your original question, I'm just setting the stage.)

I've been looking for a citation to prove my answer, or maybe scores of his where he also follows this rule, but I've been unable to find one. But looking throughout the book, it must be that Reger only uses double-sharps as courtesy accidentals in the figures.

Not the answer you're looking for? Browse other questions tagged notation analysis roman-numerals figured-bass or ask your own question.