What's this highlighted odd '8' marking and the dashed lines?

I have only been studying music for a couple of days now, and I was advised to look through music I like so I can further my understanding.

Whilst doing so I have come across some markings that I am not familiar with at all, nor have I come across this in my study guides I currently have.

What does this do to the music? 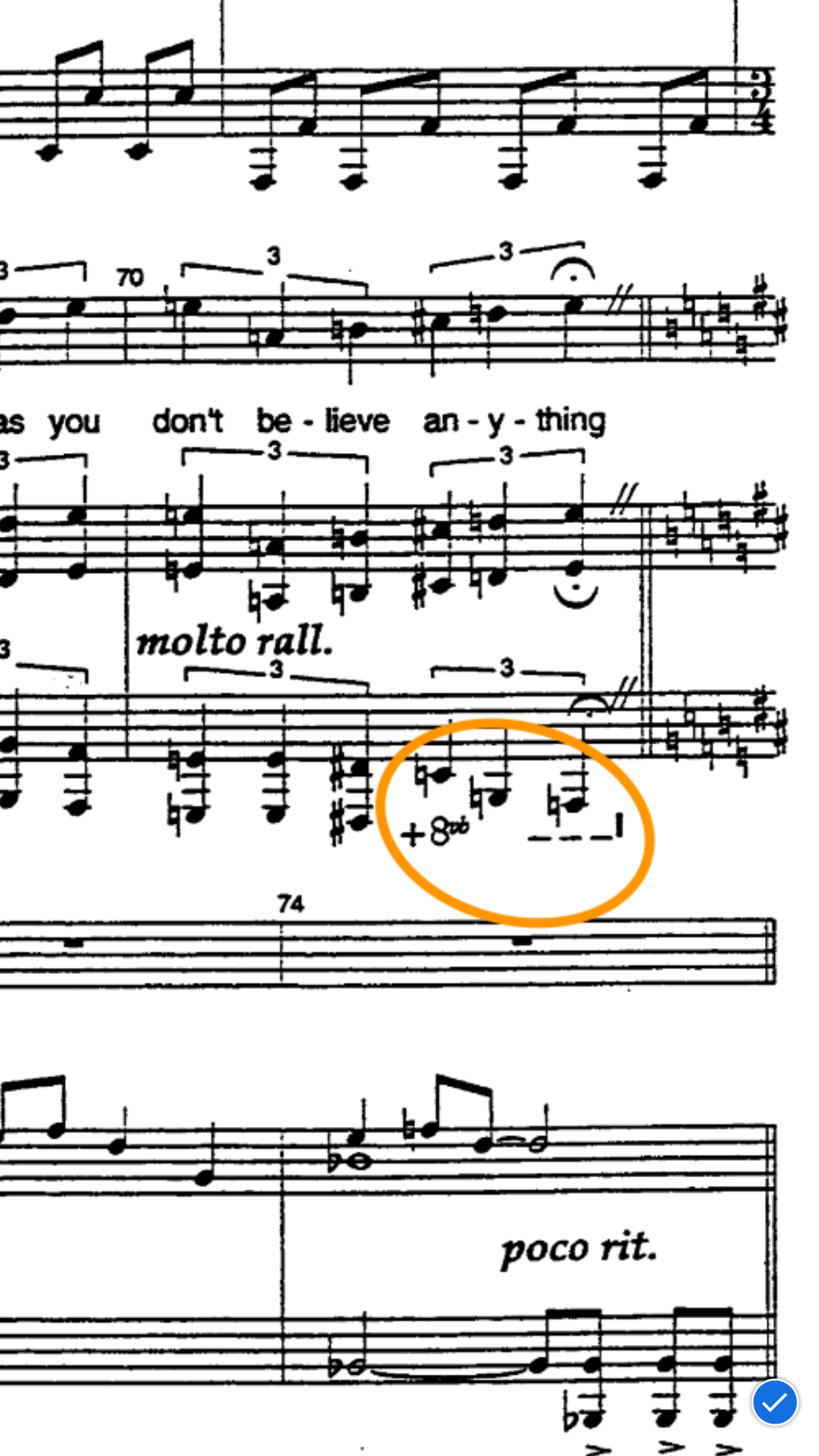 +8vb means those notes are played one octave lower than written. Otherwise they would be on leger lines and more tricky to read. Also found as 15vb meaning two octaves lower. And the opposite is 8va to play an octave higher, usually found in the treble clef. Dashed lines take us to the end of the affected part.

EDIT: since the previous notes are octaves, it makes good sense, as Killian Foth says, that + 8vb means play the shown notes and those an octave lower, difficult to write due to too many leger lines.

Not the answer you're looking for? Browse other questions tagged theory piano notation learning terminology or ask your own question.